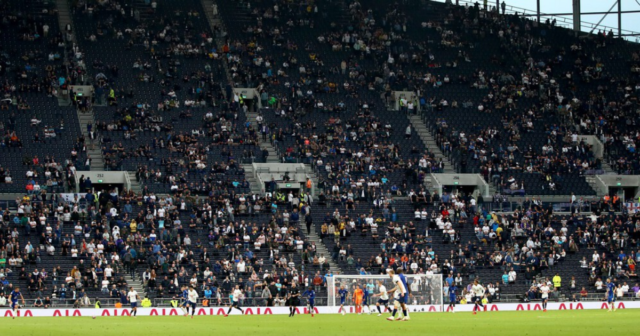 GARY NEVILLE brutally trolled Tottenham fans as they headed for the exits before the full-time whistle against London rivals Chelsea.

Spurs were convincingly beaten 3-0 by the European champions at the Tottenham Hotspur Stadium.

Goals from Thiago Silva, N’Golo Kante and Antonio Rudiger sealed the win and sent Chelsea to the top of the Premier League table.

As the camera showed the home crowd streaming out from the south stand, Neville said: “The wall has got some bricks missing.”

The performance on the pitch didn’t live up to the expectations of the supporters, who watched their side be embarrassed by arguably their biggest London rival.

And for Kante’s goal, Sky Sports pundit Graeme Souness was amazed nobody started pointing fingers at each other.

Spurs midfielder Pierre-Emile Hojbjerg reluctantly failed to close the Frenchman down, allowing a shot to be taken – something Souness says is grounds to ‘fall out with someone’.

Souness said: “We played in that position (to Keane).

“You’re on auto-pilot, you’re following the ball – ‘where’s the danger, where’s the ball, my man’s there.’

“Get out to him, don’t stand there and hold hands with [Eric] Dier.

“The thing that worries me about Spurs right now: after that incident, no-one pointed a finger at each other.

“That’s a reason to fall out with someone. Big time.” 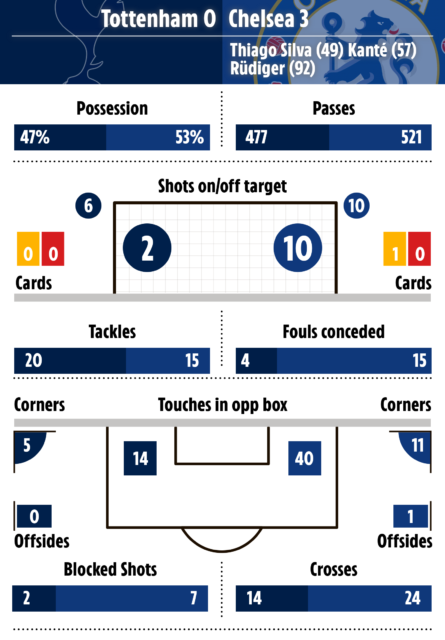 Roy Keane thinks the Spurs players felt they were already defeated and felt a little bit sorry for themselves.

The Manchester United legend added: “They’re a goal down and they’re thinking ‘there’s a long way back for us now’, feeling sorry for themselves a little bit, ‘we’re a goal down, been a bit lucky, we done alright the first half.’