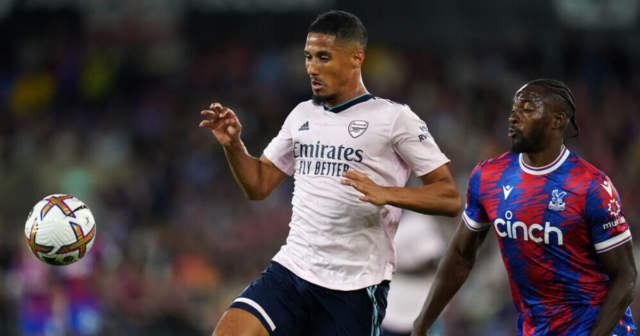 WILLIAM SALIBA has been likened to Rio Ferdinand after his belated Arsenal debut.

The 21-year-old, who joined from Saint-Etienne in 2019, was man of the match as the Gunners opened their campaign with a 2-0 win at Crystal Palace. 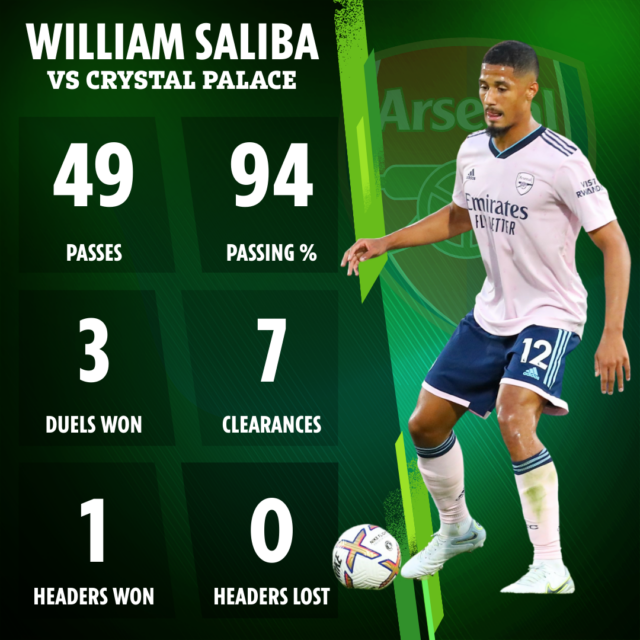 After three loan spells away from the Emirates, Saliba looked as though he had been performing at the highest level for years.

And his display had Manchester United legend Gary Neville fawning over the French centre-back in Arsenal’s gritty London derby victory.

The Sky Sports pundit: “I was massively impressed by him. He reminded me of a young Rio Ferdinand.

“He’s such a young defender at 21. Getting through that second half, when Arsenal weren’t at their best, would have been the most pleasing thing for Mikel Arteta.” 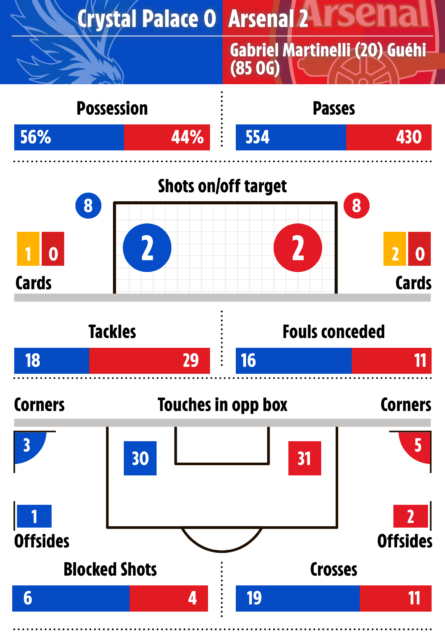 His colleague Jamie Carragher, who named Saliba as his man of the match, was equally as effusive in his praise.

He remarked: “It’s not easy for any defender coming here but William Saliba has been excellent, he really has.”

Before adding: “You can argue was it right to put him out [on loan], but a 21-year-old playing centre-back in the Premier League – do you want to be doing that when you’re 19, 20?

“It’s not easy, but he looked the real deal.”

Speaking after the match, Arteta insisted Carragher was correct in naming Saliba the man of the match.

He stated: “Rightly so, I thought he was superb tonight.”

Saliba was delighted at finally making his Arsenal debut, as he said: “I’ve waited a long time for this moment and I’m happy to start my first game with a win and a clean sheet.

“It helped me to spend two years on loan in France because I’m young and I need to play. Now I’m back and I hope we can have a good season.”

On the win, he declared: “It was hard but we are happy to win today. We conceded some chances but we were strong and solid.

“It’s the first game. We knew it would be hard here so we stayed compact and strong, and that’s good for the team. It’s important to win for confidence.”