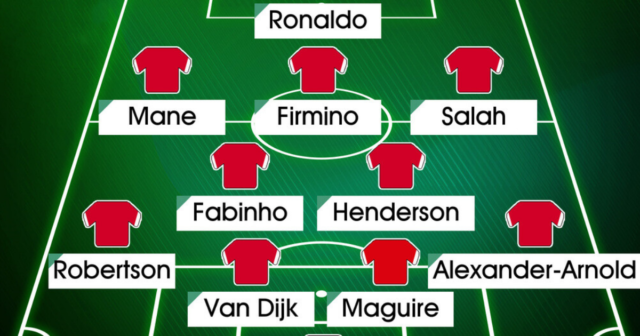 GARY NEVILLE picked just two Manchester United players in a combined XI with Liverpool ahead of this weekend’s fixture between the two clubs.

And fellow analyst Jamie Carragher also picked only a pair of Red Devils… with Cristiano Ronaldo not one of them.

Ole Gunnar Solskjaer‘s side produced an awful performance, with their current inferiority to Liverpool apparent in the pundits’ combined XIs.

Both picked Alisson in goal, with Trent Alexander-Arnold, Andrew Robertson and Virgil van Dijk in their back fours.

While Joel Matip completed an all Liverpool back line for Carragher.

Jordan Henderson and Fabinho were unanimous picks in midfield.

But there were surprises at No10, with Neville omitting Red Devils favourite Bruno Fernandes in favour of weekend hat-trick hero Roberto Firmino.

Carragher, on the other hand, did decide to select the Portuguese.

Mohamed Salah and Sadio Mane were easy picks on the flanks for both men, with Neville completing his forward line with former team-mate Ronaldo.

Carragher, who criticised the 36-year-old’s lack of pressing earlier in the programme, elected to pick Man United starlet Mason Greenwood up top instead.

On picking Ronaldo, Neville explained: “It wasn’t easy. But I just think he’s one of the greatest goalscorers of all time and, with Salah and Mane, thought he should be up front.

“In the two teams, I think you would have him up front. Ultimately in that type of team with Fabinho, Henderson behind, Firmino behind and those two wide he would be absolutely devastating.”

Asked if Ronaldo would get into the Liverpool team, Carragher emphatically replied: “No.

“I don’t think Jurgen Klopp would pick Ronaldo if he had what we were picking there.” 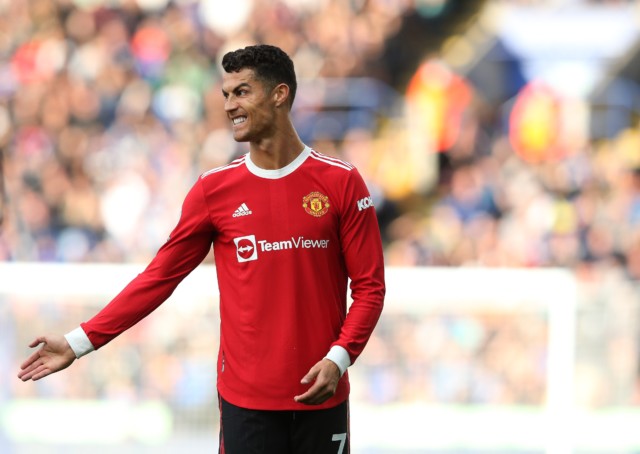 The inclusion of Cristiano Ronaldo was a hot debating point