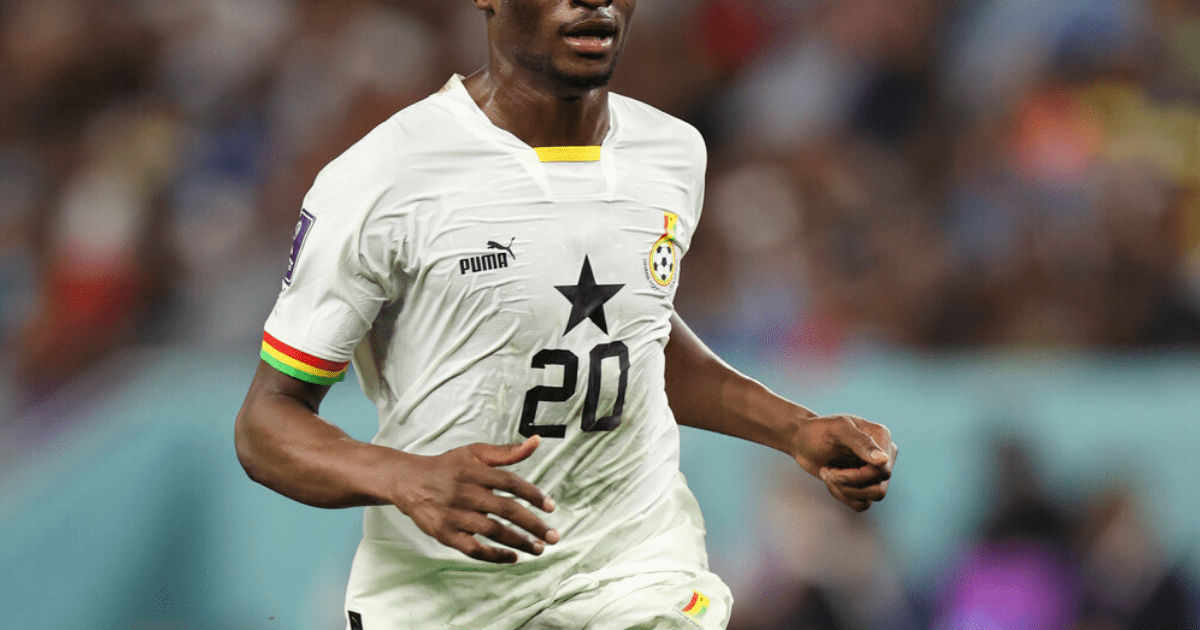 GHANA star Mohammed Kudus is open to a move to the Prem  — but wants Champions League football.

Ajax are likely to ask for around £40million to part with their attacking midfielder who scored twice in the World Cup group stage.

Mohammed Kudus in action for Ghana

Barcelona are keen on the 22-year-old although sources close to Kudus say he could consider offers from England — but only if the Champions League is on the table.

That means a move will be more likely in the summer when qualification for next season is known.

Tottenham have previously been linked with a move for Kudus.

The North London outfit reportedly sent scouts to watch him during pre-season in hopes of adding another attacker to Antonio Conte’s side.

Alas, they failed in their efforts to land him, and Kudus has since scored 10 times for the Dutch Champions.

This includes four goals and an added two assists in the Champions League.

And following his strong start to the season, Kudus declared himself to be at least on par with crocked Brazil ace Neymar.

On Neymar he said: “He’s not better than me.

The pair got into a tasty head-to-head when their two countries met in September.

“I wasn’t about to let him push me around. What makes him better, for now, is that he has achieved a lot.

Ghana ended up being eliminated from the World Cup at the group stage but were still in a jubilant mood after seeing Uruguay crash out with them.

Did you miss our previous article…
https://www.sportingexcitement.com/football/premier-league/man-utd-chelsea-and-newcastle-transfer-target-moises-caicedo-to-cost-70m-as-brighton-name-price/