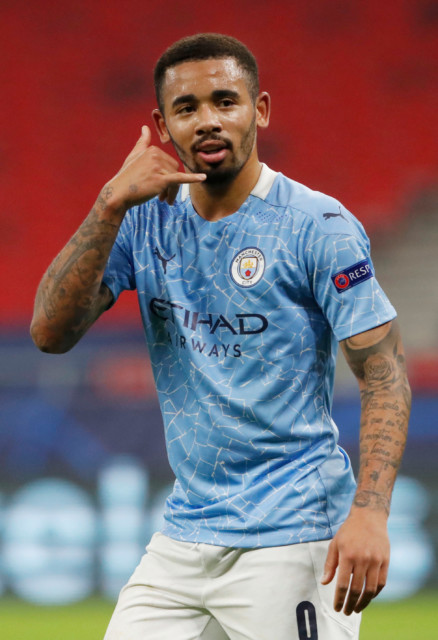 MANCHESTER CITY’S players must feel like they are 10 feet tall after 19 consecutive wins.

As even the shortest of Pep Guardiola’s stars are scoring and setting up goals with their head these days.

On Sunday at Arsenal it was the diminutive Raheem Sterling who got up highest to nod in the only goal of the game.

Last night it was the turn of Bernardo Silva – who stands at just 5ft 7in like the England ace.

The Portuguese nodded City in front on the half hour – then used his napper to tee up Gabriel Jesus and surely put the tie beyond doubt.

City really were head and shoulders above their German opponents in Budapest – the only surprise was that they didn’t win by more.

And all the signs are there that they are finally ready to become European giants this time.

Nobody at the Etihad will be getting too carried away by this – as Borussia Monchengladbach are currently out of sorts.

They came through a group that contained both Real Madrid, Inter Milan and Shakhtar Donetsk.

But in the last three weeks they have lost to both Cologne and Mainz and slumped to eighth in the table. 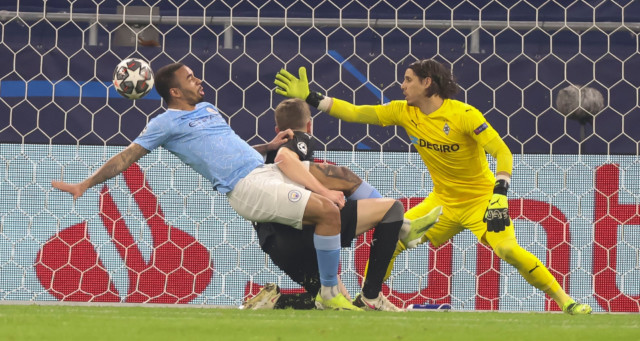 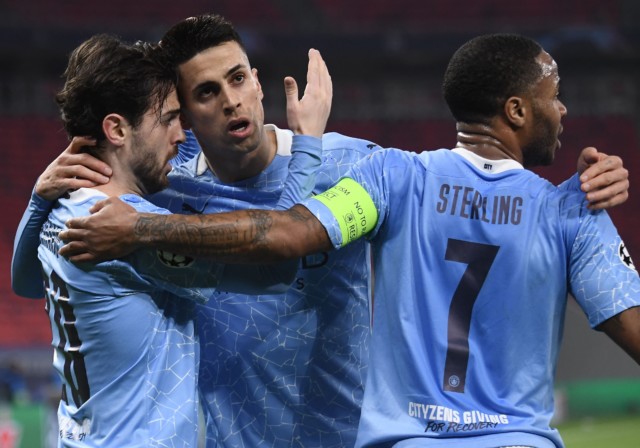 In addition, coach Marco Rose confirmed on February 15 he will leave to take charge of Dortmund in the summer – an announcement that went down badly with their supporters.

Phil Foden was back in the starting XI though and it was his shot through a crowd of players was well saved by Swiss international keeper Yann Sommer.

But for all their possession, chances were hard to come by in the early exchanges.

Guardiola’s men have gone out in the quarters for each of the last three seasons but they look well capable of  improving on that this time.

They breezed through their group – conceding only one goal in six matches with five clean sheets coming in a row.

And there was little sign of that miserly run coming to an end early on here.

Skipper for the night Sterling made his way into the box and was tackled by a sliding Ramy Bensebaini.

VAR had a look and the Gladbach defender did get the slightest of touches on the ball before the man – and the Portuguese referee had got it spot on.

Even so there was no time for the German side to enjoy the reprieve as City took the lead moments later.

Left back Joao Cancelo – who spends much of his time in midfield these days – swung over a delightful inswinging cross from his flank.

Silva ghosted in at the back post and sent his header back across Sommer into the far corner for his first European goal in almost two years.

And what about the cross? City fans are seeing Cancelo culture more and more these days.

City’s dominance was total yet to their credit Gladbach were proving tough to break down.

Both Cancelo and Foden tried their luck from distance as City could not carve out the clear opening Guardiola would have wanted.

Yet the German side had not had a meaningful shot or even touched the ball in the box of their opponents at all in the opening 45 minutes. 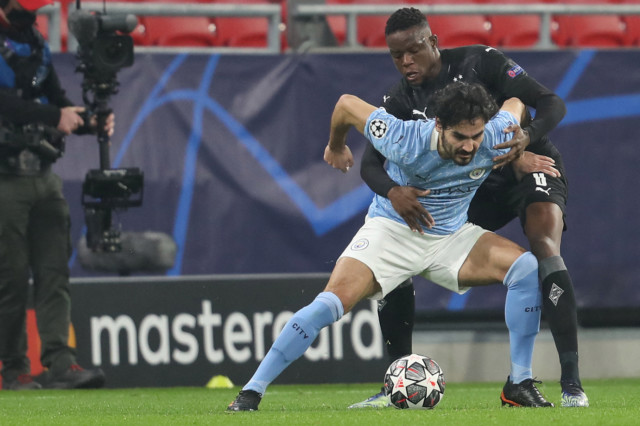 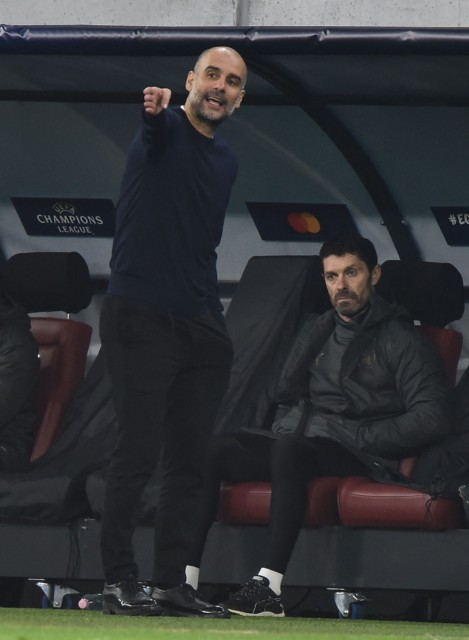 The second half began in similar style with Gladbach struggling with City’s press.

Again Cancelo was involved – chipping a cross to the far post where this time Bernardo nodded back across goal.

Bensebaini was panicked into rolling the ball into the path of Gabriel Jesus but Nico Elvedi got back to make a superb last ditch tackle.

Rose was probably surprised his team were still in the game but they were – and almost fashioned an unlikely equaliser on the hour.

Ilkay Gundogan and sub Riyad Mahrez both missed chances to end any doubts – but surely City will finish the job off comfortably in three weeks time.

Denis Zakaria whipped over a cross that Alassane Plea acrobatically flicked just wide of the post – and for the first time in the evening Ederson was worried.

But as if to remind everyone who was in charge, City went up the other end to score a second just a couple of minutes later.

Jesus got ahead of his man to poke home from close range – and score at this stage of the competition for a fifth straight season.

Who is going to stop them?