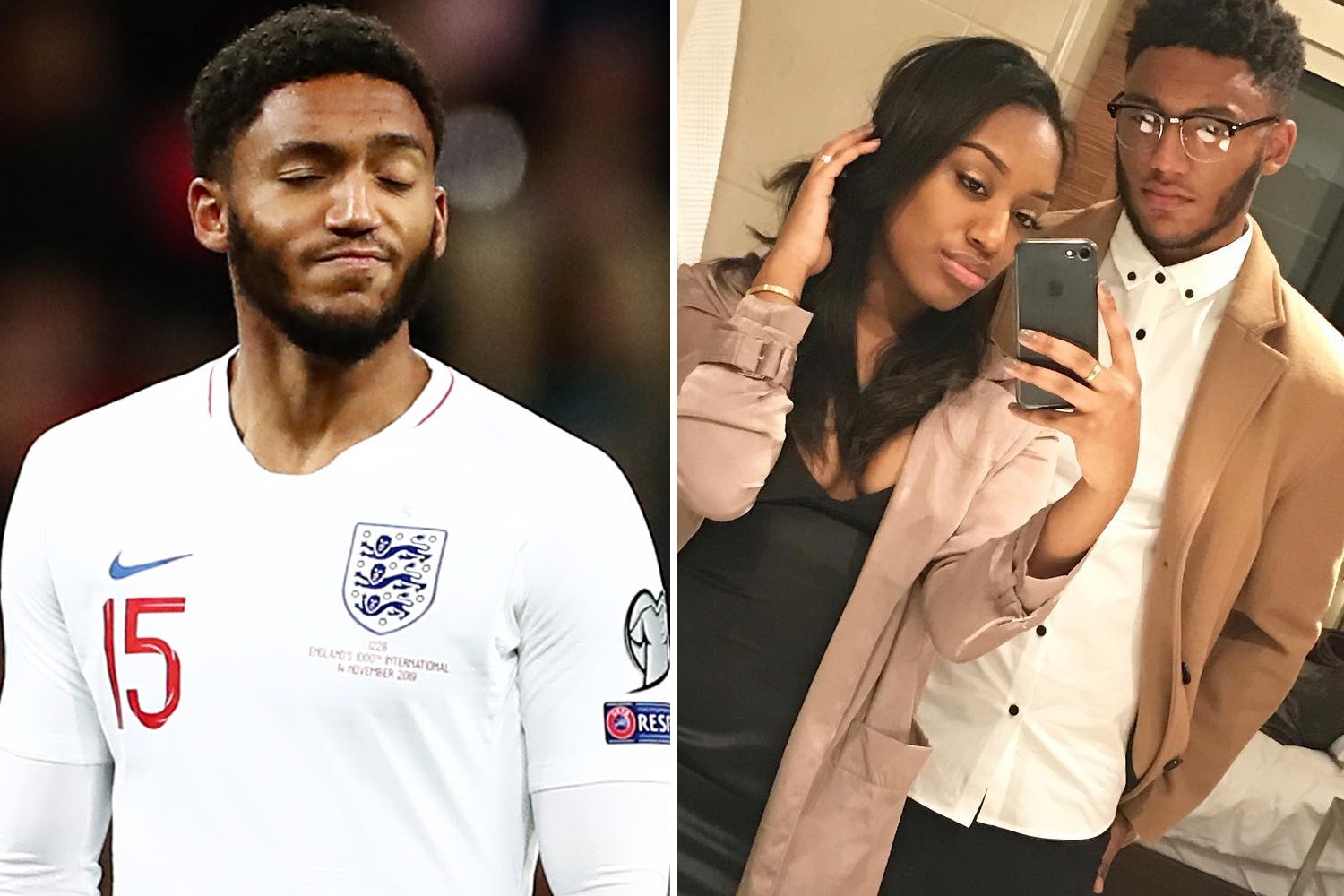 JOE GOMEZ was left devastated after his fiance and baby son saw him jeered by England fans at Wembley.

The Liverpool defender, 22, was booed as he entered the field in the 70th minute in the aftermath of his canteen bust-up with Raheem Sterling – despite doing nothing wrong.

And The Telegraph reports that Gareth Southgate spoke to the gutted ace and his family to make sure they were OK.

Childhood sweetheart Tamara shared a supportive message on her Instagram story in the wake of the incident, commenting “proud of you.”

After the shocking scenes, Sterling came out in defence of the centre-back on social media.

He tweeted: “It was hard for me to see my team-mate get booed for something that was my fault.

“Joe hasn’t done anything wrong and for me to see someone who keeps his head down and works hard, especially after a difficult week for him, to be booed when he came on tonight was wrong.

Three Lions chief Southgate slammed the disrespectful reaction to Gomez, who was also jeered as he warmed up.

He said: “I am hugely disappointed for Joe. Joe had done nothing wrong and no England player should be booed like that when they are wearing the shirt.

“All the players are particularly disappointed with that.”

And Chelsea star Tammy Abraham joined his boss in rallying around Gomez, who has a scratch mark on his face from Sterling’s jewellery, following England’s 7-0 win.

He added: “We had the incident today with Joe where we are all England players or fans.

“We need everyone to be together, times like that we need the fans to lift us up and help us really when we are going into tournaments.

“We said after the game it was unacceptable we dont need that really hes a great player. Things happen in football, things happen between team-mates.

“Its about dusting yourself down and just moving on. Weve all moved on from the situation and its looking positive.”

Proud of you always