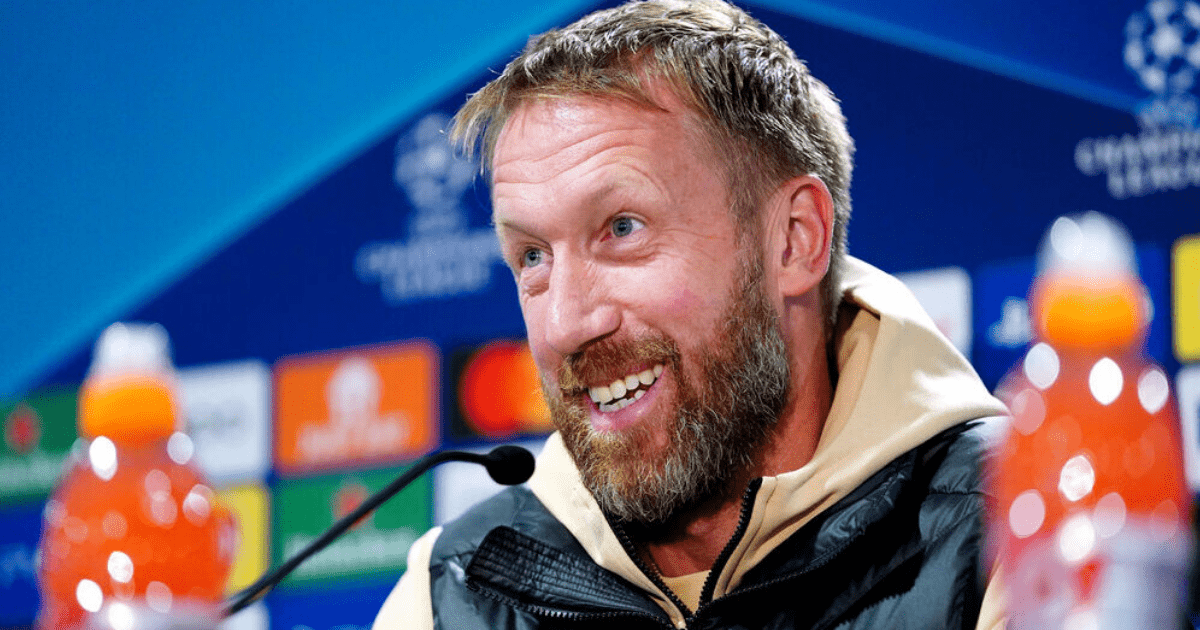 AN ITALIAN newspaper has hilariously mocked up Graham Potter as Harry Potter as they revealed three spells for AC Milan to stop Chelsea.

The Blues are in Champions League action at Stamford Bridge tonight against the Serie A title holders.

Graham Potter is hoping for a magic night against AC Milan

Potter’s side currently sit bottom of the group after failing to win either of their opening two games.

But despite the Rossoneri taking top spot, with four points from six, it is Chelsea who remain the favourites.

However, ahead of the clash, Gazzetta dello Sport have amusingly outlined three magic spells that Milan must produce to beat the Premier League side.

And they decided that the best way to demonstrate them in the edition was below a shot of the Blues manager’s face over the wizard Potter while flying a broomstick.

The England international, who left Man City for Stamford Bridge in the summer, has scored four goals in nine games so far for his new club.

The second was for Milan boss Stefano Pioli, who they hailed as the magician, to unleash Rafael Leao on the wing.

The 23-year-old Portuguese international has been in stunning form this term, also scoring four times, and will be hoping to continue that by providing the ammunition for a victory later.

And the final spell for Pioli to cast is for him to deploy ex-Chelsea ace Olivier Giroud alongside Charles De Ketelaere in attack.

They believe that the duo will be able to produce the magic to take advantage of the Blues’ defensive vulnerability.

Of course, it is not the first time that Potter has drawn comparisons with his namesake Harry.

While still in charge of Brighton, he sported a scar under his left eye, which he revealed came from an unfortunate trip on Brighton beach while taking a walk with his wife.