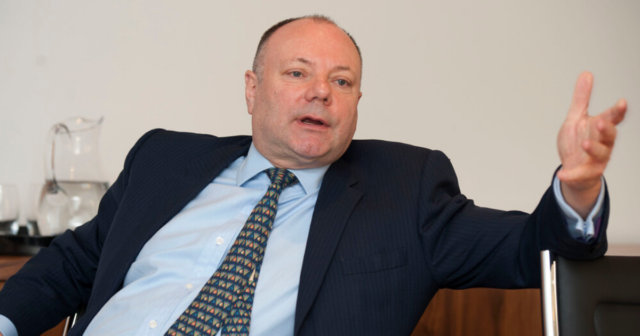 PREM chairman Gary Hoffman faces a growing threat to his reign as angry clubs seek a scapegoat for their frustrations.

SunSport revealed how one club boss shocked his boardroom rivals by calling for the resignation of the entire board.

It has since been revealed that new Burnley owner Alan Pace put his head above the parapet and no other clubs backed him up.

But behind the scenes, negativity towards former banker Hoffman is growing.

Clubs accused Hoffman and his colleagues of leaving them in the dark over the rapid progress of the £305m Saudi takeover at Newcastle.

While there was criticism for chief executive Richard Masters, his position is not under direct threat.

Hoffman, however, has become the target of the clubs, especially those in the middle tier of Prem outfits.

And unless Masters and Hoffman can build bridges over the next fortnight, there is likely to be a formal “no confidence” vote in the chairman at the next scheduled club meeting at the start of November.

One club boss told SunSport: “Hoffman has been here for 18 months and hasn’t impressed anybody.

“You’d be hard-pressed to find anyone who thinks it’s been a successful tenancy.”

Any successful vote against Hoffman would only be advisory, rather than final, meaning that it would not require the support of 14 clubs to be passed and just a simple majority.

But merely tabling it would be a huge step and could persuade Hoffman that he should not try to fight against the tide of club opinion.