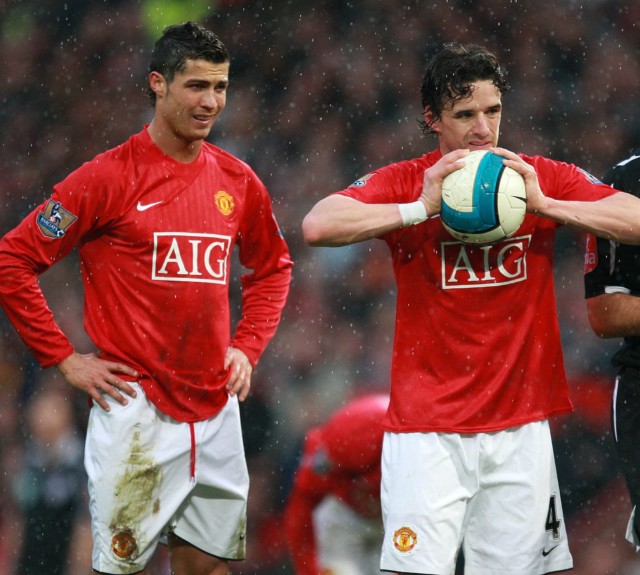 CRISTIANO RONALDO is not the egomaniac he is sometimes perceived to be, according to former Manchester United midfielder Own Hargreaves.

The ex-England and Bayern Munich ace recalled a classy gesture by the Portuguese mega-star which he claims showed Ronnie’s true colours.

Among his many other talents, Ronaldo is famous for his devastating free-kick technique and CR7 was the main set piece taker when Hargreaves, 39, arrived at Old Trafford in 2007.

Despite thinking he would have no chance of getting near free-kick duty with Ronaldo about, one gesture before the 2008 Champions League final made Hargreaves see the Juventus superstar in a different light.

Asked how the pair would decide who took free-kicks, Hargreaves told BeIN Sport: “Ask politely, like anything. But to be fair we used to practice all the time and he knew I could take them.

“We used to practice all the time and Cristiano knew I could [score them] and I love that about him.

“I remember we played, I’d scored a couple, and we practiced before the Champions League final against Chelsea that year, he was on one side of the box and I was on the other.

“I hit nine out of ten into the top corner and Edwin van der Sar was in goal.

“And Edwin came to me and said, ‘Owen, if we get a free-kick in the Champions League final you’ve got to take it’.

“I said, ‘I can’t take it off Cristiano, that’s Cristiano Ronaldo’.”

This was the same season Ronaldo scored his historic free-kick against Portsmouth so Hargreaves’ thought process was hardly surprising.

But he added: “Anyway, we get to the dressing room, we’re warming up to go out on the pitch before we go out, nobody is around, Cristiano walks over and says, ‘Owen if we get a free-kick today it’s yours, I saw you practicing’.

“And that’s who he was. Everybody thinks he’s like it’s all about him and an egomaniac. But if you’re good at something he’s the first one to see that.

“And that’s why I got to take a couple that year because he knew I might score. I admire that about him, I really do.”

While stats also suggest Lionel Messi was TWICE as good as the 35-year-old during Ronnie’s time in LaLiga.