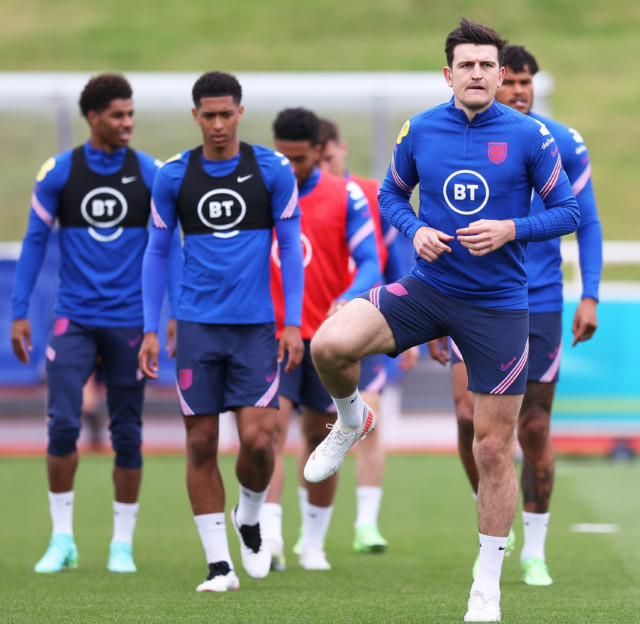 ENGLAND were boosted by the return of Harry Maguire in training today ahead of their Euros bid.

And Jordan Henderson was also seen sprinting at the Three Lions base in a major boost for boss Gareth Southgate. 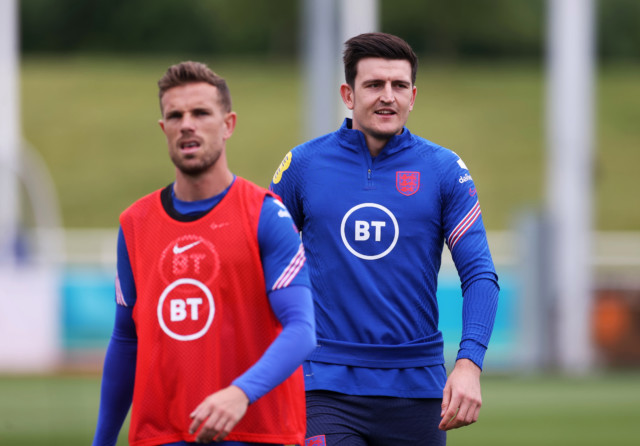 The pair have had injury issues leading up to the tournament

The Man Utd centre-back and Liverpool midfielder both had injury doubts hanging over them heading into the tournament.

It’s too early to tell whether either man could feature in Sunday’s opener against Croatia at Wembley.

But seeing two senior men and leaders back among the rest of the group is a shot in the arm for Southgate.

England face Scotland next Friday at Wembley before taking on Czech Republic in their final group game on June 22.

Henderson played 45 minutes in the friendly win over Romania on Sunday having missed the end of Liverpool’s season.

Maguire, meanwhile, hasn’t played since May 9 and missed the last few games of Man Utd’s campaign including the Europa League final.

Henderson’s inclusion in the final 26-man squad was a talking point after his injury problems.

ITV pundit Roy Keane questioned the decision to select the Liverpool midfielder after missing the last few months of the Premier League season.

Speaking before Sunday’s game against Romania, Keane said: “Clearly Jordan’s not fit – I don’t think he should be involved.

“If he can’t start the game against Romania – because physically and mentally today’s game won’t be that tough for him – having not kicked a ball for three-and-a-half months he can’t be right.

“I’ve heard people say they want him around the place – for what? Does he do card tricks? Does he have a sing song? Does he do quizzes in the evenings? 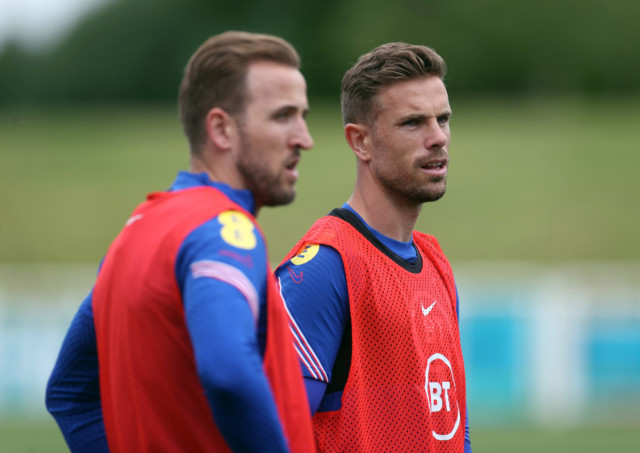 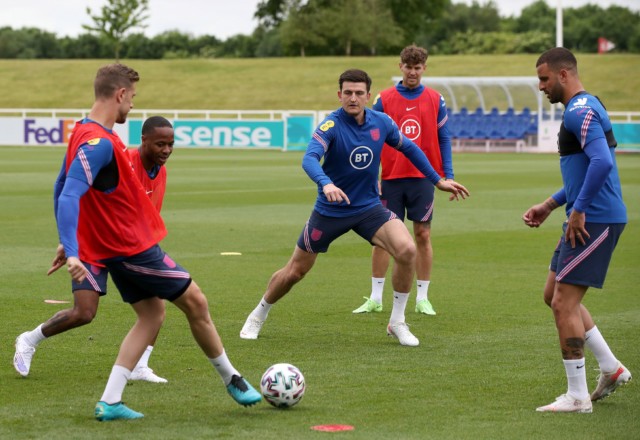 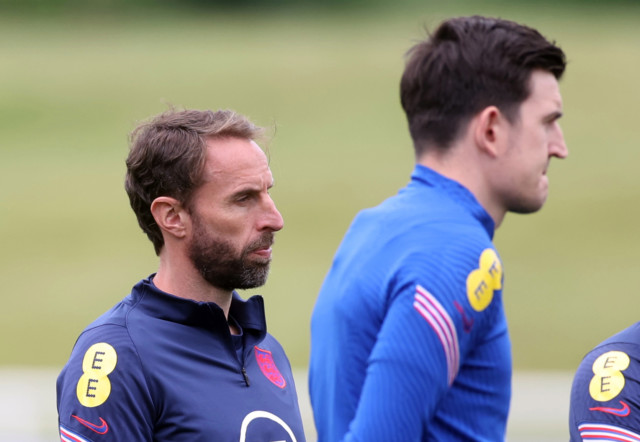 “What does he do? Jordan’s an experienced player.

“Surely Jordan doesn’t want to be around the place as some sort of cheerleader – you want to play and he’s clearly nowhere near it.”

Henderson came on at half-time in the 1-0 win in Middlesbrough.

It was the first 45 minutes Henderson had played since he appeared for Liverpool four months ago as he continued his bid to return to full fitness before England face Croatia in their first group game next Sunday. 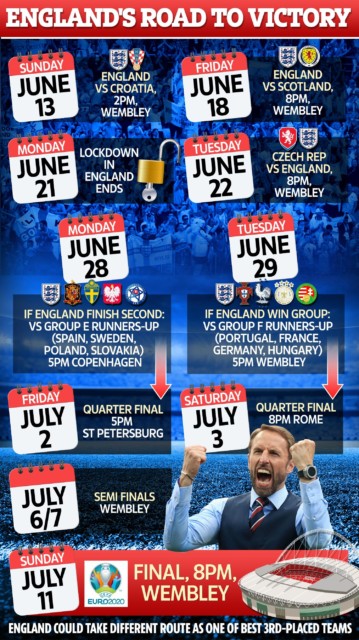 But all did not go to plan as he missed a penalty inside the final 15 minutes, with Romanian keeper Florin Nita denying him a first international goal.

Southgate chose the Reds skipper ahead of other midfielders in his provisional squad which included Southampton’s James Ward-Prowse and West Ham loanee Jesse Lingard.