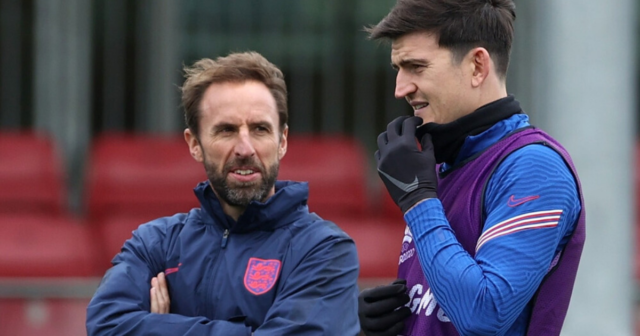 HARRY MAGUIRE has revealed his relief that Gareth Southgate will lead England into the World Cup next year.

The Three Lions manager is contracted until after the 2022 tournament in Qatar and the FA wants to extend the deal.

The Manchester United captain said: “It is good that everything is settled. You don’t want anything hanging over the team.

“He has done an amazing job from when he first took over. We spoke about how we wanted to be recognised as the best team. So to reach the final of Euro 2020 is a great achievement but we now have to take the next step and be convincing in these big games and these big moments.

Southgate has been manager since 2016 but said: “I did not want to outstay my welcome” in terms of agreeing a longer contract.

The former Middlesbrough boss gave Maguire his debut against Lithuania in 2017 and the centre-back now has 37 caps.

England reached the semi-finals of the 2018 World Cup before losing on penalties to Italy in Sunday’s Euro 2020 final.

Maguire added: “I think the way Gareth handles the squad and the togetherness of the squad is a big reason why we have been on this journey together and where we have ended up. The relationship we have got from fans to players, to media and the staff.

“I think we feel we are all on this journey together and that is really important. We all want the same thing. The past has made it difficult to do that due to the small number of knockout games we had won. We had not won enough. Over the last two tournaments we have done that.”

Maguire admits he was stunned when discovered that until the 2-0 win over Germany, England had only ever triumphed once in a knockout game at the Euros – and that was against Spain in 1996 on penalties.

The defender added: “It is an incredible stat when you think about it and it surprised me because when I think about my memories of watching England, they are good memories. I only think of the good times rather than games we lost.

“They are amazing memories and try and I forgot and ruled out the ones we lost. All we can do is look forward to the future and win more and give the fans better memories.”

Maguire also revealed that Southgate has a tough side despite his mild-mannered appearance.

He said: “I think he can be ruthless. He has that side to him. He makes big decisions and is not scared of anything.”

England’s next game is against Hungary in Budapest on September 2. It is a World Cup qualifier and Southgate’s team have already won their first three group matches.