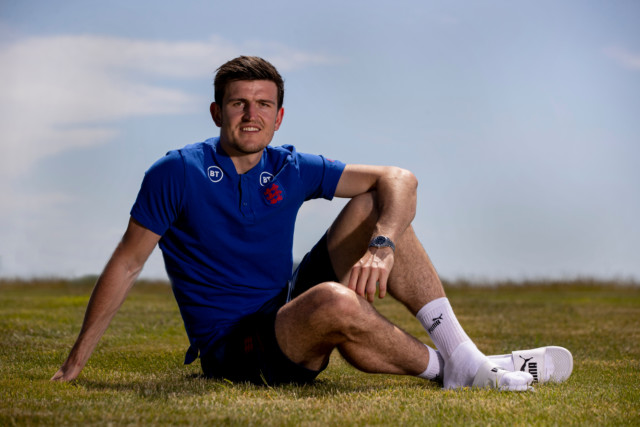 HARRY MAGUIRE gave England a massive Euros boost by insisting he is fit to play against Scotland on Friday.

The Manchester United skipper has made a rapid recovery from the ankle ligament injury he picked up at Aston Villa last month.

Yet the central defender is still unlikely to start against the Scots, with boss Gareth Southgate looking certain to keep faith with John Stones and Tyrone Mings.

Asked if he is fit to start at Wembley, Maguire, 28, said: “Yes definitely.

“I’ve done a few sessions now and feel like my fitness is there, so I’m available for the game.

“The injury was a setback club football-wise. Internationally, I wanted to come into this with a lot of games under my belt with full fitness.

“But I feel good and I’ve been in full training.”

Maguire suffered the injury after a collision with Villa’s Anwar El Ghazi and missed United’s loss to Villarreal in the Europa League final.

He has only been in full training for a few sessions but the centre-half, although expecting some pain, insists playing a full 90 minutes would not be a problem.

Maguire is more likely to feature in some capacity in the final group game against the Czech Republic on Tuesday.

He said: “I don’t feel like there is any risk.

“I think throughout a career in football, if you didn’t play through pain you would probably spend more time on the sidelines than on the pitch.

“I have done it throughout my career and so has everyone else who plays week in, week out.

“I haven’t had an ankle injury before so I cannot gauge the pain or stability. That is down to the physios and we do tests day in, day out.

“We firmly believe it is in a good place stability-wise. I am all good to go. Speaking to players and physios, I’m sure it will be niggling me.

“But as long as it’s stable and the pain is bearable, then I’m sure I’ll be fine.”

As for the clash with Scotland, Maguire added: “It’s a big game and it’s going to be a great day.

“It will be a great occasion for the country to get together and push us forward and we’ll try our best to go and get the three points.”