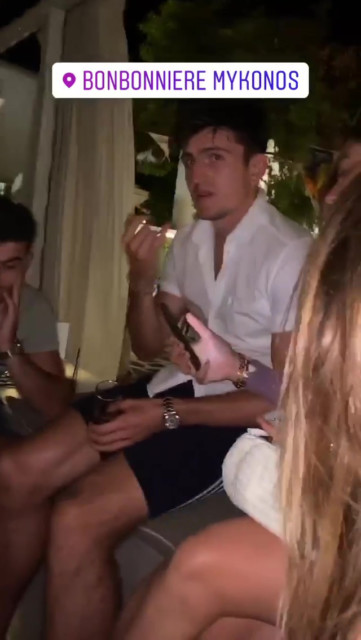 MANCHESTER United star Harry Maguire was arrested after allegedly brawling with cops following a marathon drinking session with team-mates and other celebs. 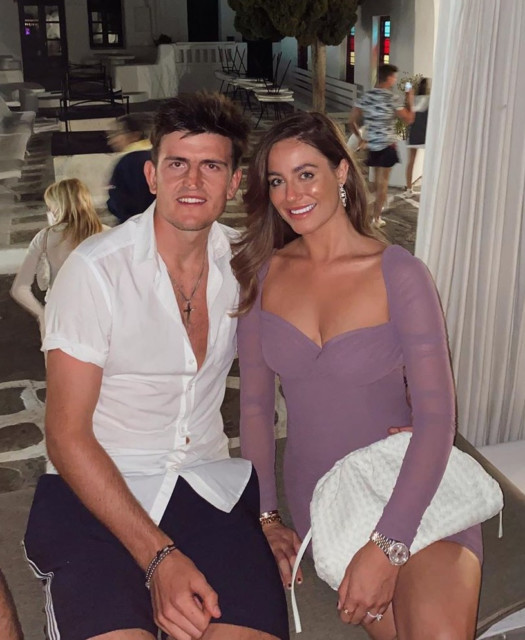 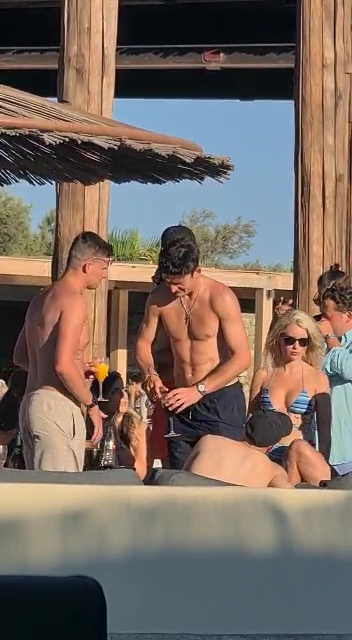 He was drinking with a group of team-mates and celebs, including Lottie Moss 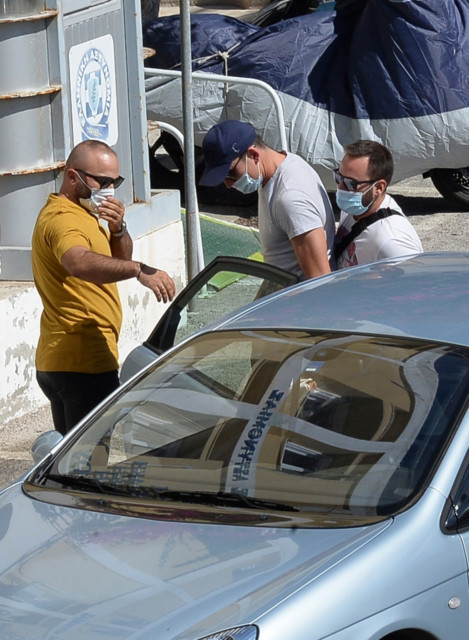 In one bar a scuffle broke out on Thursday evening between a Man City fan and Maguire’s group, including team-mate Jesse Lingard.

But it later kicked off in spectacular fashion, with £85million defender Maguire accused of brawling with police and rival fans outside a nightclub.

Clips filmed at 6pm show topless Maguire pouring himself a large Jack Daniel’s and Coke at poolside bar SantAnna, where VIP tables cost £1,000 and beds £500 for the afternoon.

One eyewitness told SE: “There was a group of guys who had been chanting at Harry on Wednesday night, but it was a bit of banter.

“On Thursday they were more aggressive, saying, ‘F*** United’.

“They were trying to wind him up. They were also trying to mess around with a group of girls there.

“Harry got upset. They told Harry, ‘F*** United’ again and a brawl started with Harry’s mates.

“As they fell to the ground Harry was kicking the guys in the back. The girls were screaming.

“Two police officers nearby came to try and break it up and Harry got really p***ed off with them.

“He was telling them, ‘Go f*** yourselves, this is none of your business.’

“They tried to arrest him and Harry started hitting the police. They had to call for back- up.

“Two or three more police came but Harry was so strong and upset that they couldn’t pin him down.

“He was screaming at them, they had a really hard time — at least one police officer was hurt.

“It took more than five officers to get him down.” 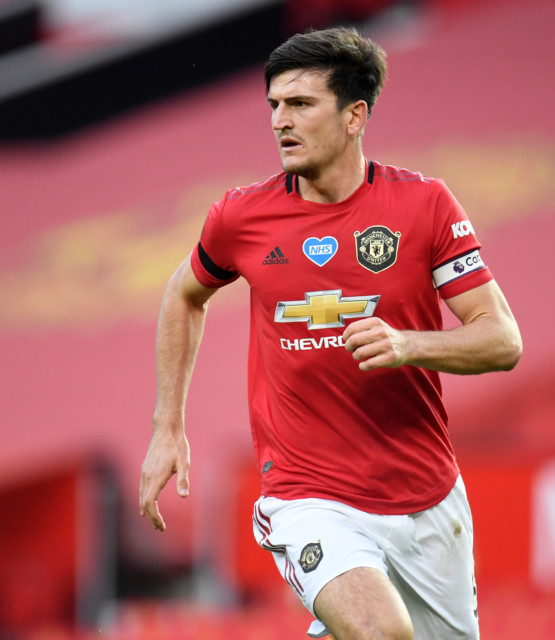 The £190,000-a-week defender was accused of trying to bribe police 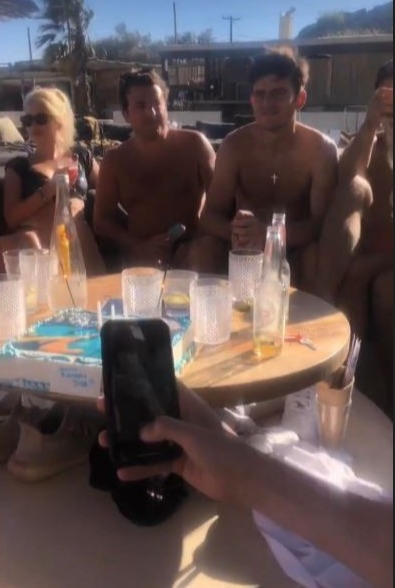 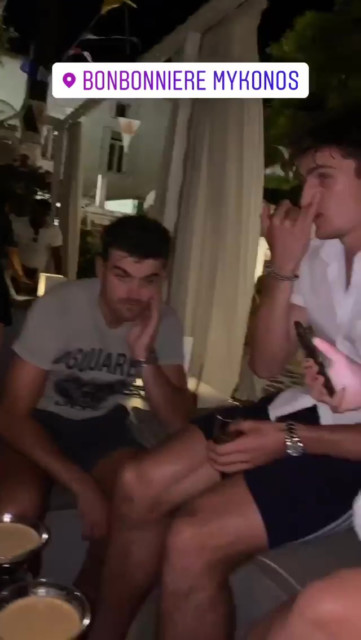 The group had been partying at VIP nightclub Bonbonniere, in Mykonos’ trendy Fabrika district

Police said Maguire was arrested with two other pals, then continued brawling at the station before allegedly offering officers cash to drop the case.

The England star spent Thursday night in a cell with his pals. They were today transferred to the neighbouring island of Syros to be held for a second night.

Tomorrow all three are believed to be due in court.

But his lawyer Konstantinos Darivas said he denies the allegations and is fully convinced he will be released tomorrow with no charges.

A police spokesman said: “Three foreigners, aged 27, 28 and 29, were arrested in Mykonos.

“A case file was opened for the offences of violence against officials, disobedience, bodily harm, insult and attempted bribery of an employee. 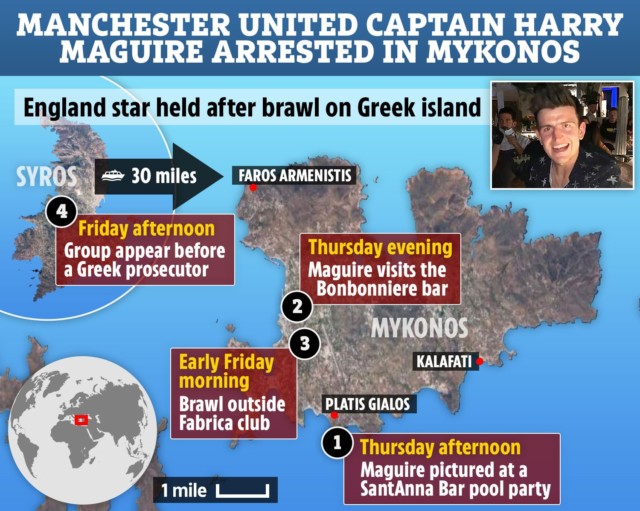 “Patrolling police officers intervened in a dispute between citizens.

“However, three foreigners involved in the incident turned against them, insulting and hitting a police officer with fists.

“The three foreigners were taken to the Mykonos Police Station, where, upon their arrival, they strongly resisted [arrest], pushing and beating three police officers.

“One of the detainees then tried to offer money so the trial against them would not go ahead.”

CALM BEFORE THE STORM

Earlier on Thursday, Maguire’s girlfriend Fern Hawkins had posted a picture of the couple on Instagram with the caption: “Holidays with you.” 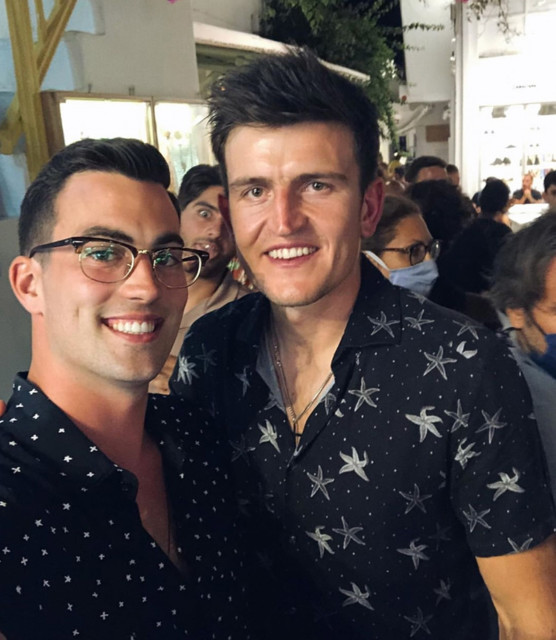 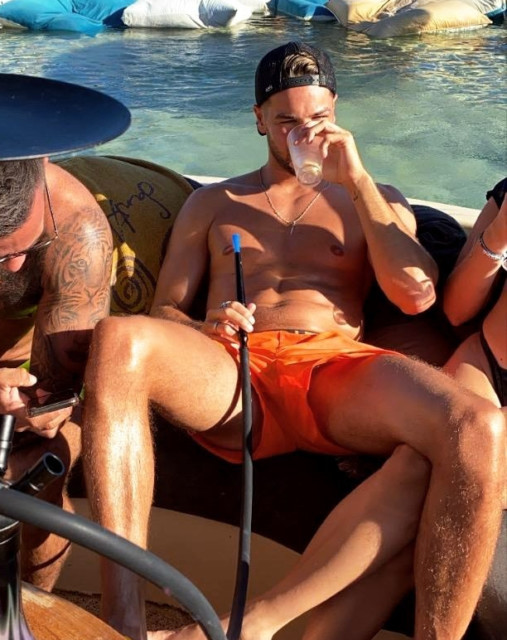 Love Island star Chris Hughes was pictured with the group 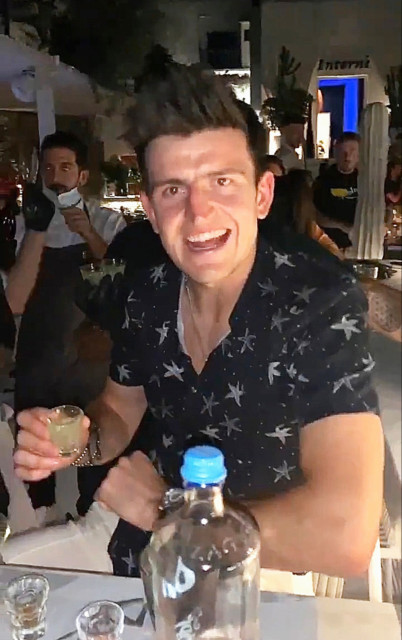 Chris posted this picture of Maguire on Wednesday

One reveller said: “The group had booked four tables and several beds, and they were knocking back bottles of spirits and champagne.

“They partied all afternoon until about 8pm when there was a bit of a scuffle with a guy in a Man City shirt.

“A friend of Maguire’s brother got into a row with him, and all the players stepped up to defend him. They were shouting and pointing aggressively.

“A few minutes later, their security guards ushered them all out.”

By then the group had knocked back several bottles of Jack Daniel’s at £280 a pop, bottles of £750 Hennessy Cognac, £315 bottles of Ciroc vodka as well as “gallons” of champagne.

They then moved on to VIP nightclub Bonbonniere, in Mykonos’ trendy Fabrika district.

It is believed that the brawl ­happened at 12.30am on Friday in the street outside.

The island has a strict midnight curfew on clubs due to coronavirus fears and police heavily patrol the streets to enforce it.

According to police sources, Maguire was with a group of nine men when a fight broke out with two other English men.

Local police raced to the scene, but the situation escalated when it is claimed two men in Maguire’s group shouted abuse at the officers and struck at least one of them.

One eyewitness told SE: “Maguire was grappling with four cops and they just couldn’t bring him down – he’s a strong guy.

“As far as I know, the fight started because his group had been yelled at by some idiots who obviously weren’t United fans.”

Fans could be heard chanting in the background 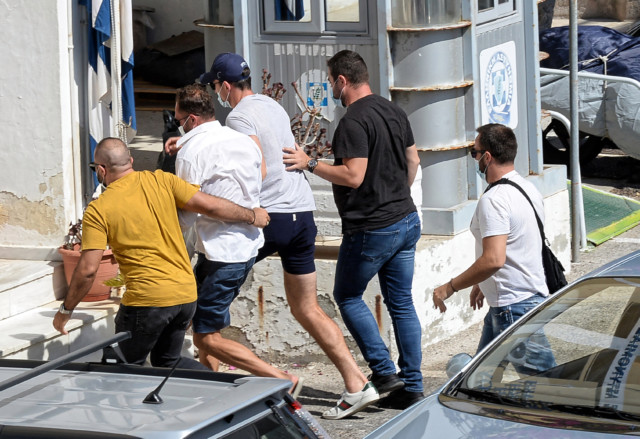 Maguire and his pals were transferred to Syros today 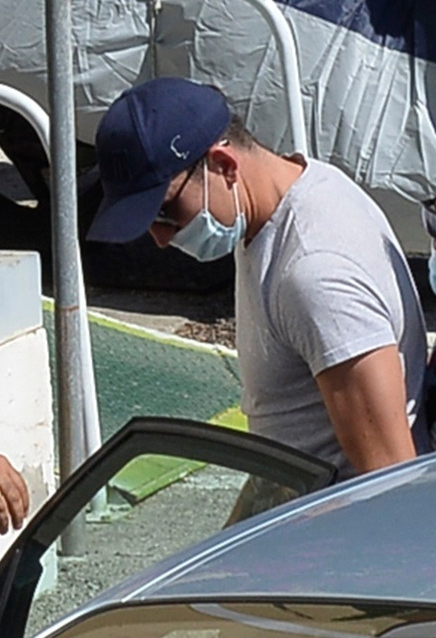 Today a masked Maguire was pictured getting out of a police car wearing a cap and sunglasses.

Greece is known for its tough legal system, with harsh prison sentences for what would be minor offences in the UK.

Manchester United have been in contact with their player, who they bought last year from Leicester.

It said in a statement: “The club is aware of the alleged incident involving Harry Maguire in Mykonos.

“Contact has been made with Harry and he is fully co-operating with the Greek authorities.”

Video footage taken on Wednesday night showed a more relaxed Maguire bumping fists with a fan at another bar in Mykonos.

Chris Hughes also posted a picture on Instagram believed to have been taken on Wednesday of Maguire drinking shots.

As he holds one up to the camera, two empty glasses can be seen on the table in front of him.

They were eliminated by Spanish side Sevilla last Sunday — their third semi-final defeat this season after the FA and Carabao Cups.

Had they won they would have been up against Inter Milan in tonight’s final in Germany.

Maguire said last week: “We deserved to go through but ultimately we fell short at the semi­final stage, for the third time this season.

“It means a lot to us, the boys are devastated. We have a good group of lads who know what it means to play for this club and losing isn’t acceptable.”

Holidaymakers in Greece are waiting nervously to hear whether the country will be added to the quarantine list this weekend.

It recorded 250 new Covid-19 infections on Tuesday, its second highest figure of the pandemic.

Maguire’s next scheduled game for Manchester United is on September 19 against Crystal Palace. 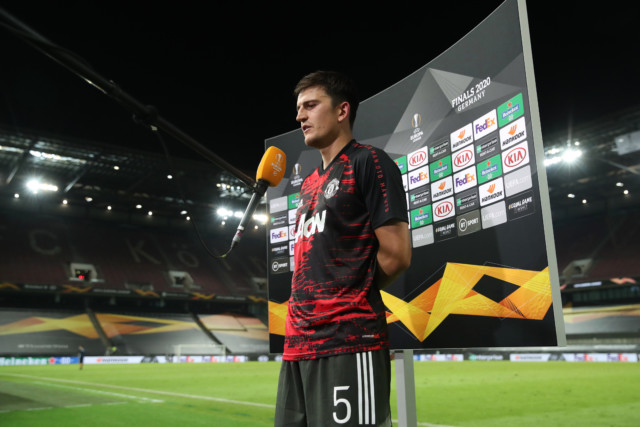