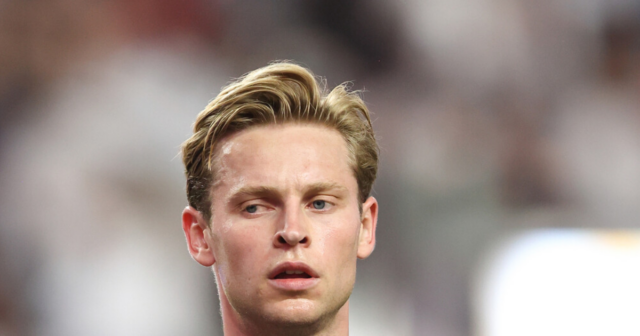 FORMER Tottenham boss Harry Redknapp has claimed that Frenkie de Jong would rather join Chelsea over Manchester United this summer.

The Red Devils have been pursuing a deal for De Jong, 25, since the transfer window opened in June.

However, despite already reaching a £72million agreement with Barcelona, United officials have not been able to tempt him to Old Trafford.

The Dutchman has made it clear that he wants to stay at the Nou Camp next season, but Redknapp believes he could be persuaded to join Chelsea if The Blues submit a suitable offer.

“Man United are not going to get him. I’ve had that from somebody right at the very, very, very top at Man United, he’s made up [his mind], he really wants to go to Chelsea.

“So if he goes to Chelsea, and Man United don’t get him, I don’t know where they’re going and if Chelsea get him obviously he’ll be a fantastic signing for them.”

The Blues have reportedly offered Barcelona a swap deal including £59m and Marcos Alonso for De Jong.

The LaLiga giants have been pushing to sign Alonso for months, so club chiefs could be tempted to accept the bid.

Chelsea have already strengthened their squad in several areas this summer, including the full-back position.

Marc Cucurella was announced as the club’s most recent addition on Friday.

He signed a six-year contract to complete a £62m transfer from Brighton.

Fofana is said to be open to the prospect of a move, but The Foxes are not willing to let him go unless an offer of at least £85m is submitted.