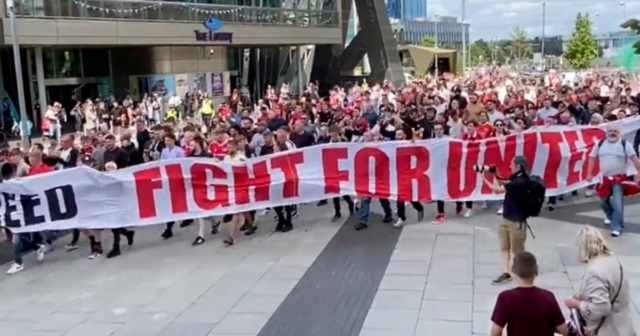 MANCHESTER UNITED fans have used their opening game of the season to protest against the ownership of the club.

A hoard of supporters took part in a march armed with flares and banners as they continued to take aim at the Glazer family.

Fuming Manchester United fans protested against the Glazers before kick off 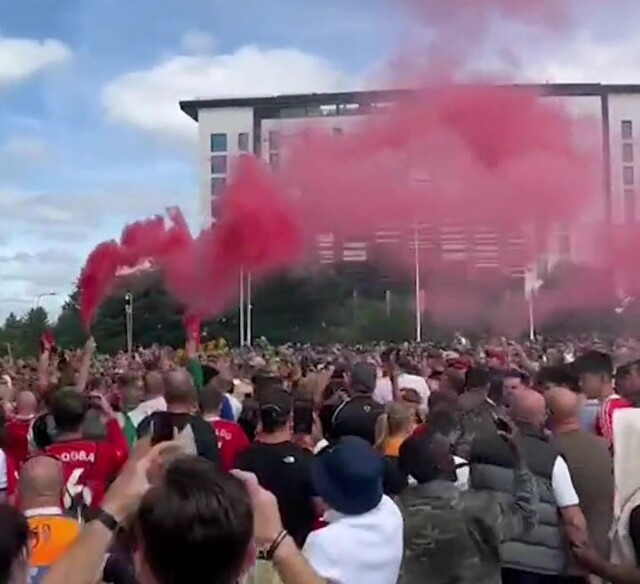 Supporters marched on Old Trafford before the match 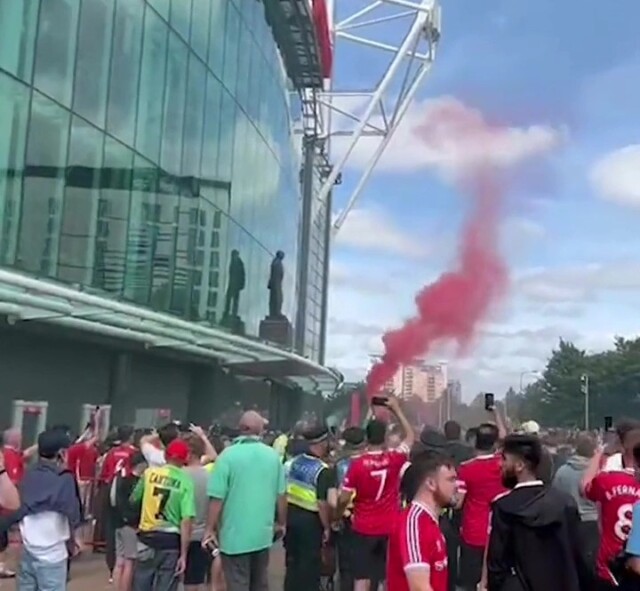 A huge banner reading “Fight greed, fight for United, fight Glazer” was held up by the group.

Footage of the march outside the Lowry hotel in Manchester ahead of today’s game against Brighton was posted to Twitter.

There were chants of “We want Glazers out” as the fans made their feelings clear once again after protesting on numerous occasions last season.

The protest reportedly led to the club shop having to close.

Fans had already confirmed their intention to protest earlier in the week.

And they stayed true to their word as they marched on Old Trafford ahead of Erik ten Hag’s first competitive game in charge of the club.

Reports claim supporter group The 1958 met at Salford Quays two hours before the 2pm kick-off time before marching to the ground.

In a rallying call earlier this week on their Twitter account, The 1958 wrote: “The Glazers are unfit and improper owners.”

“Our club’s future is our only motivation. Some things are worth fighting for.”

Meanwhile on the pitch Cristiano Ronaldo had to make do with a spot in the dugout after being benched for the clash against Brighton.

The wantaway 37-year-old was not included in Ten Hag’s starting XI despite Anthony Martial being out injured.

But new signings Lisandro Martinez and Christian Eriksen are both in from the start. 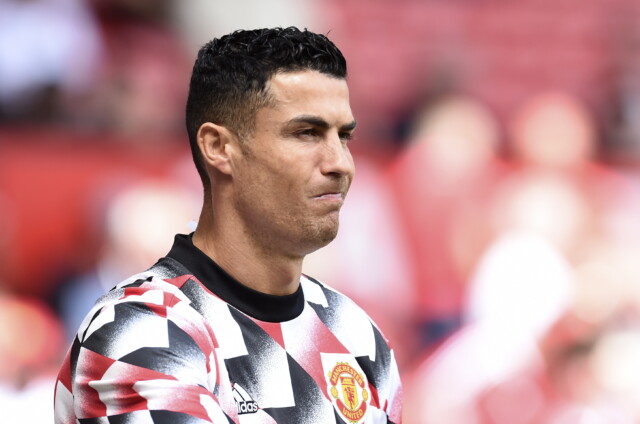