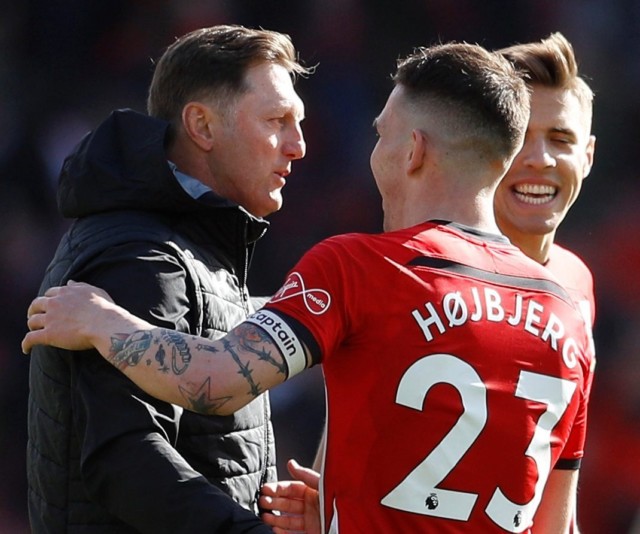 SOUTHAMPTON have stripped Pierre-Emile Hojbjerg of the captaincy after he said he wanted to play at a “higher level”.

Fuming boss Ralph Hasenhuttl has given James Ward-Prowse the skipper’s armband for the remainder of the season.

Spurs were previously linked with a January move for 24-year-old midfielder Hojbjerg – but a move is yet to materialise.

In May, the Danish star who previously spent three years with Bayern Munich told German media outlet SPORT1 that he dreams of playing at an “even higher level than I am currently”.

He said at the time: “I know what I want, the club knows it too.

“I want to play at an even higher level than I am currently.

“The relationship between me and Southampton is fantastic.

“The club gave me the platform to grow.

“I’m not saying ‘goodbye’ and I’m focused on my club, but my goal is very clear: I want to win the Premier League and the Champions League.”

Quite why Hasenhuttl – who signed a four-year contract extension earlier this month – has waited until now to remove captain’s duties from Hojbjerg, who joined Saints in 2016, is unclear.

Defensive midfielder Ward-Prowse, 25, will wear the armband for Southampton’s clash at Norwich on Friday evening. 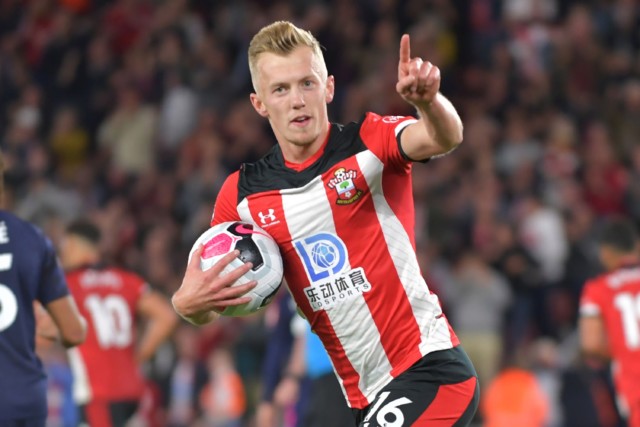 Ward-Prowse has been given the skipper’s armband

SunSport told you last year how Hojbjerg was determined to fight off relegation with Saints after getting into scraps as a kid.

Hasenhuttl’s side look like they should avoid the drop given they are currently seven points clear of the relegation zone.

And they will fancy their chances of coming back with a bang on Friday against the rock-bottom Canaries.