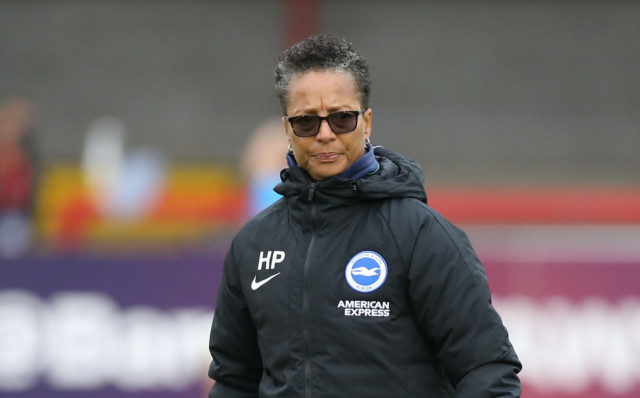 HOPE POWELL brushed off suggestions of a dip in form for Arsenal ahead of Brighton’s clash with the WSL leaders today.

And the Seagulls boss warned her players are in for a “tough game” against the Gunners, who were clobbered 4-1 by Chelsea in a league cup match on Wednesday.

Arsenal and Brighton face off for the first time this term with the North London club having won three previous league encounters with the Seagulls by 4-0 margins.

And Powell, 53, wants her players switched on to their opponents’ “lethal” tactics as they hunt for their first WSL win against them.

The Brighton coach said: “They move the ball very, very quickly and it’s in those minutes when you switch off that they are lethal.

“From minute one to minute 90 we have to make sure the players are focused and working for each other.

“I think the result against Man City proved that if everybody does their job and they’re equal to the challenge, it gives us a real chance.”

Powell, whose players snatched a point from Manchester City earlier this season was named September’s Barclays WSL Manager of the Month with Arsenal’s Jill Roord collecting the player’s prize.

And the Seagulls gaffer – who picked up four points from her first three fixtures this term -praised her staff and players for her accolade. 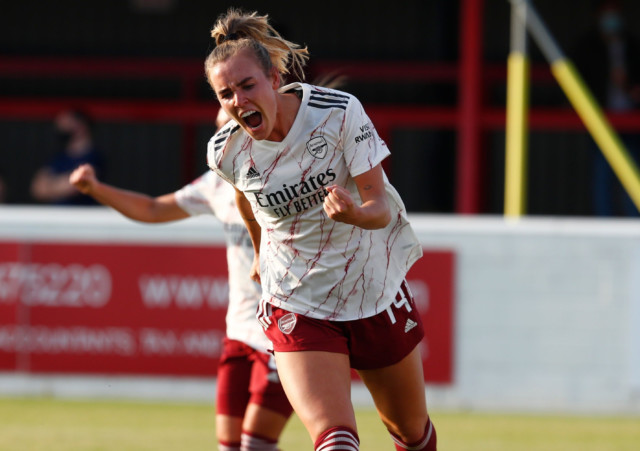 Powell added: “I think it highlights the progression we’ve made. The fact that we are starting to compete against those so-called bigger clubs is a bit of a confidence booster for everybody.”

The Arsenal boss said: “Brighton have always been very well organised and have some moments that can unlock you. We hope to be ready for them in the best way possible.”