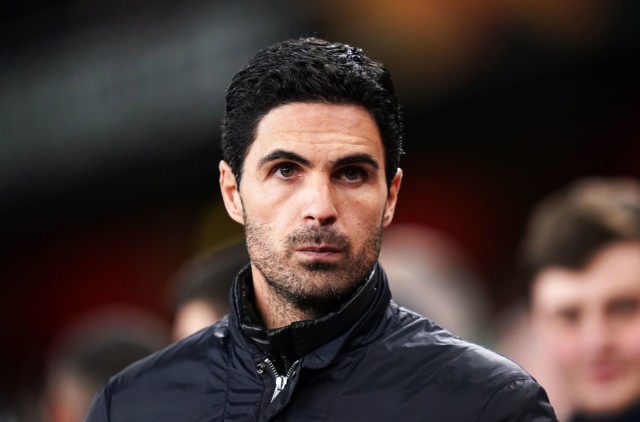 ARSENAL have lost two games from two since football returned from the coronavirus blackout.

And if the Gunners’ form does not improve under Mikel Arteta, they could come 15TH which would be their worst Premier League finish ever.

The North Londoners were thrashed 3-0 at Manchester City thanks to a David Luiz disaster-class on Wednesday.

Before Neal Maupay’s late winner nicked all three points for Brighton at the AMEX on Saturday where the Gunners lost 2-1.

Arsenal dropped to tenth with the defeat after Crystal Palace beat Bournemouth 2-0 away and leapfrogged the North Londoners into ninth.

Arteta’s men have just 40 points from 30 games so far – just eight points above Brighton in 15th.

Eleventh place Burnley have 39 points while Everton and Newcastle in 12th and 13th both have 38. 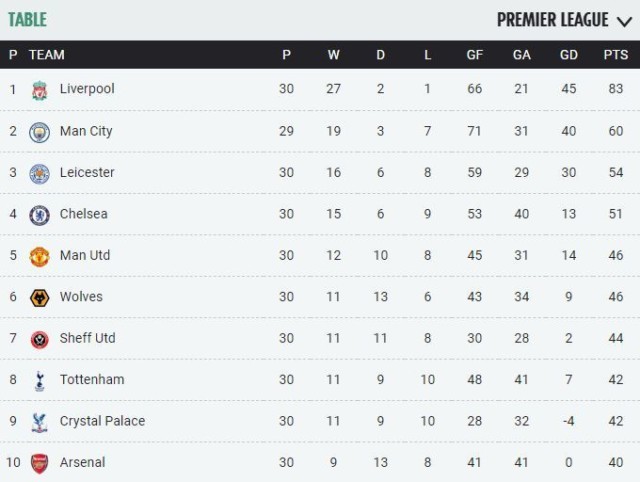 And Southampton – who also won last time out with a 3-0 win at Norwich – are just three points behind Arsenal in 14th.

The Gunners’ worst ever Premier League finish was 12th in the 1994/95 season.

But since then, they have not finished lower than sixth in the English top flight.

It is worth remembering that much of this disappointing season was under the stewardship of Unai Emery with Arteta only taking charge in December.

But the Gunners could easily move down the table rather than up as four of their last eight Premier League games are against opponents above them in the League.

They have to travel to Wolves and bitter rivals Tottenham, as well as hosting high-flying Leicester and champions in waiting Liverpool.

Their other four fixtures are against improving Southampton and Watford as well as struggling Aston Villa and Norwich.

The Gunners are also facing the rest of the season without star goalkeeper Bernd Leno who sustained a serious knee injury at Brighton.

However, Arteta’s saving grace could still be the FA Cup with their quarter-final clash at Sheffield United taking place Sunday.

Did you miss our previous article…
https://www.sportingexcitement.com/football/premier-league/chelsea-sell-mario-pasalic-to-atalanta-after-six-years-without-a-game-as-13-5m-is-added-to-lampards-transfer-kitty