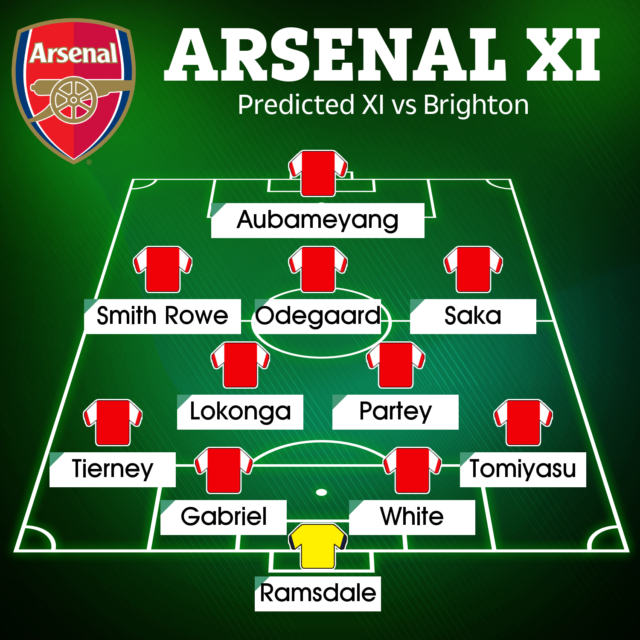 BEN WHITE looks set to make his first return to the Amex since leaving Brighton for Arsenal.

The Gunners head down to the south coast with a 5.30pm kick-off on Saturday.

And White, who made his £50million transfer this summer, is expected to start.

He should line up alongside Gabriel Magalhaes at the heart of the Arsenal defence – just as they did for the North London Derby win last weekend.

Mikel Arteta said: “I’ve been very impressed with how Ben handles the pressure and how he’s handled the situation of coming through the Euros and paying the big fee and the composure and the calmness that he’s shown.

“And as well, the willingness to learn, to improve, because he’s realised that he is still really young, still in the development process and there are things that he can improve.

“We have different partnerships that will work, but certainly they played well at the weekend.”

And the rest of the defence should be unchanged, too.

That would see Takehiro Tomiyasu at right-back and Kieran Tierney on the left with Aaron Ramsdale doing enough to retain his place between the sticks.

However, Granit Xhaka was ruled out for three months this week with a knee injury.

So Arteta will need to make changes to his midfield set-up.

It is thought the Gunners boss will make a straight swap with Albert Sambi Lokonga filling in for the Swiss alongside Thomas Partey.

That would set the foundations for Bukayo Saka, Martin Odegaard and Emile Smith Rowe to support Pierre-Emerick Aubameyang as the attack try to cause chaos against the high-flying Seagulls.

However, an alternative XI could see Bernd Leno given another run-out in goal with Calum Chambers preferred at right-back.

Then Arteta may opt to go more attacking with a single pivot in midfield, Partey, behind Smith Rowe and Ainsley Maitland-Niles.

Aubameyang would be able to play wide on the left with Alexandre Lacazette through the middle and record-signing Nicolas Pepe on the right to give Saka a rest. 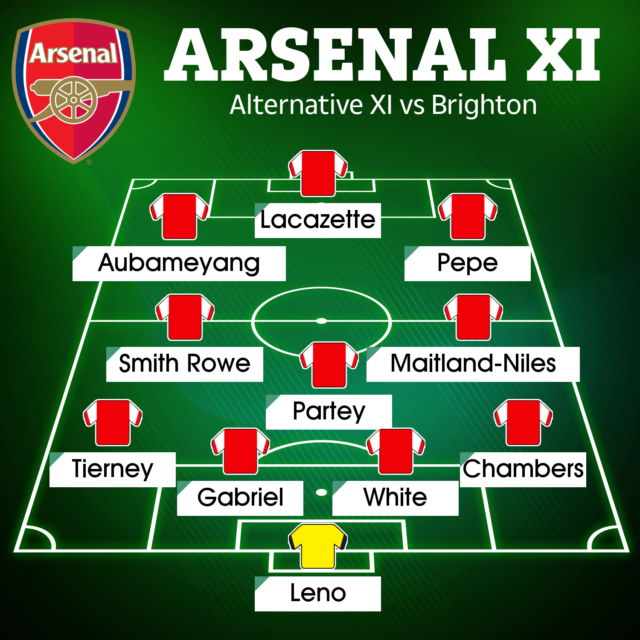 Arteta, whose side did the double over Brighton last term, added: “It will be a really difficult game. They’ve been on a really good run.

“They are playing well and getting the results that they deserve. It’s a really competitive match that we are looking ahead to and we know the importance of it.

“Ainsley is certainly one of the options. We have used him quite a lot since the start of the season, he is doing really well and I am pleased with what I have seen from him.” 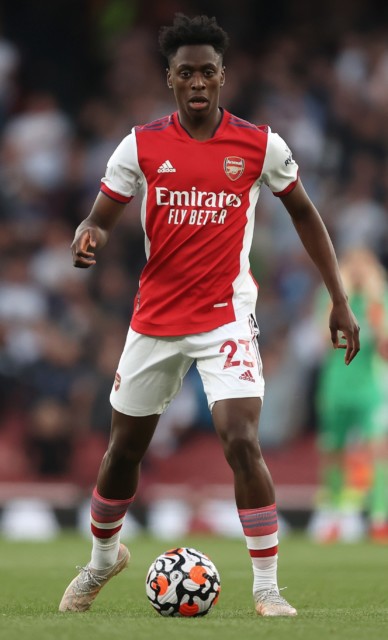 Albert Sambi Lokonga should come in for the injured Granit Xhaka 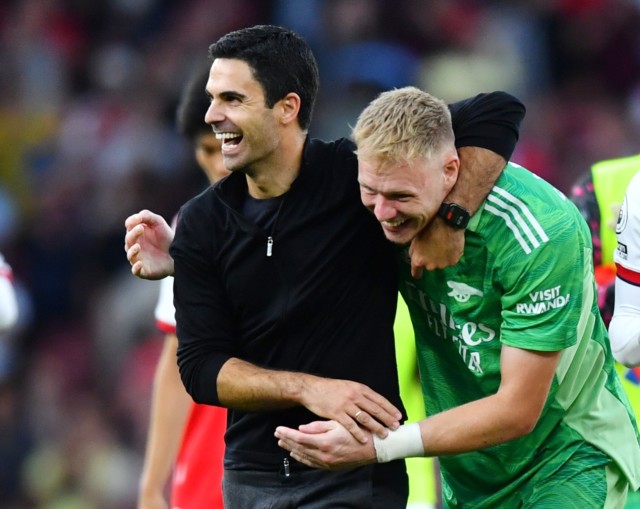 Mikel Arteta is expected to keep Aaron Ramsdale in goal ahead of Bernd Leno
Advertisement. Scroll to continue reading.
In this article:arsenal, Brighton