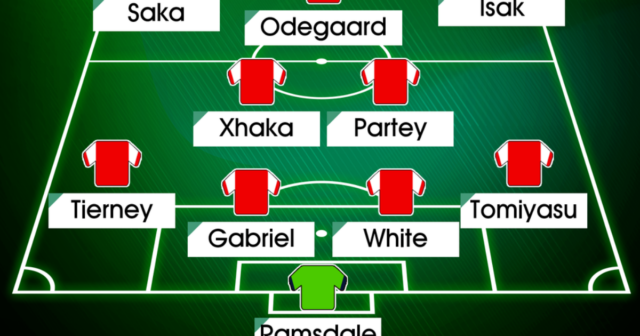 MIKEL ARTETA is reportedly set to solve his Arsenal striker crisis by playing Gabriel Martinelli through the middle.

The Brazilian youngster- who was sent off in the 1-0 win against Wolves – is usually used out wide on the left but is said to have been playing as a No9 in training.

Gabriel Martinelli is usually played out wide on the left 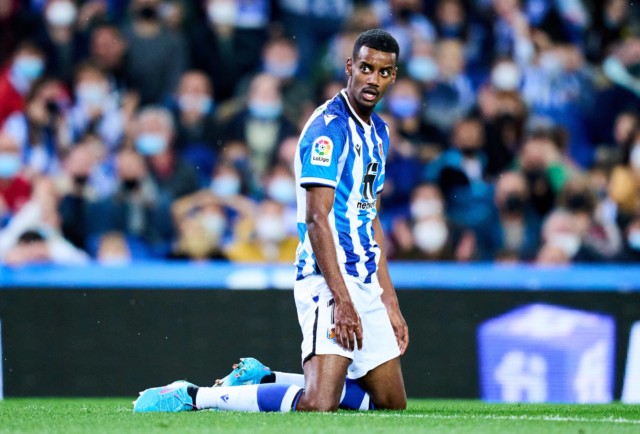 Alexander Isak is one of the names on the Gunners’ list

The Gunners waved goodbye to Pierre-Emerick Aubameyang last month and are set to lose Alexandre Lacazette on a free in the summer.

Academy graduate Eddie Nketiah has struggled for games this season and could also follow Lacazette out the door at the end of the season.

That has left Arteta short on long-term options up front at the Emirates.

He saw January target Dusan Vlahovic of Fiorentina plump for a move to Juventus rather than north London.

The Spaniard has his eyes on a handful of other names this summer, with Real Sociedad’s Alexander Isak and Everton’s Dominic Calvert-Lewin among them.

Martinelli playing through the middle would likely rule out any move for Calvert-Lewin, who is an out-and-out centre forward. 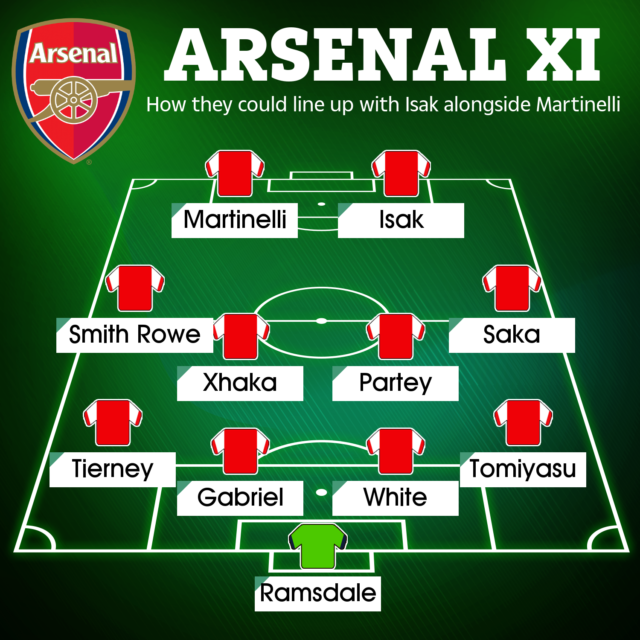 Reports suggest Isak could still be an option though, possibly deployed on the right with Saka out on the left.

That would switch the left-footed Saka out of his favoured ‘inverted’ right-wing position but the England talent is sure to adapt quickly to any new role.

Or Arteta could opt to switch up his favoured 4-2-3-1 formation in favour of a 4-4-2 and play Martinelli alongside Isak up top.

That would leave room for the fan-favourite duo of Saka and Emile Smith Rowe on the wings – but would likely mean dropping midfield maestro Martin Odegaard for a more robust Thomas Partey-Granit Xhaka partnership in the middle.