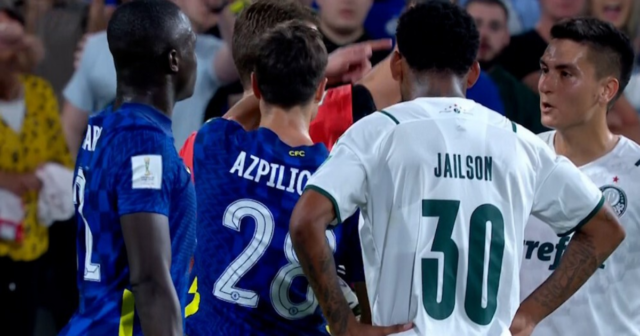 The Blues were awarded the spot-kick deep into extra-time of the Club World Cup final. 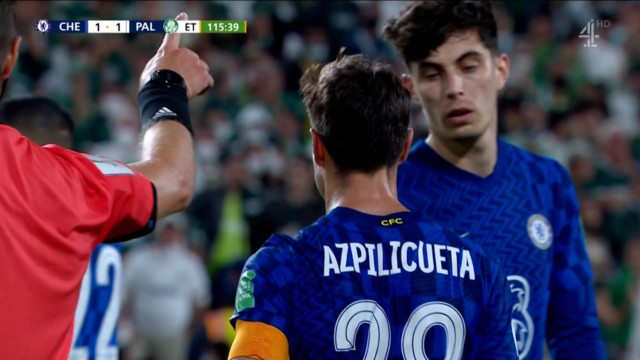 At the last minute Azpilicueta and Kai Havertz switched the ball 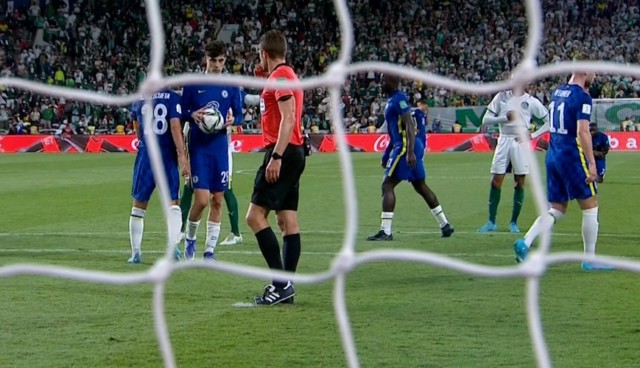 The German walked forward with no distractions 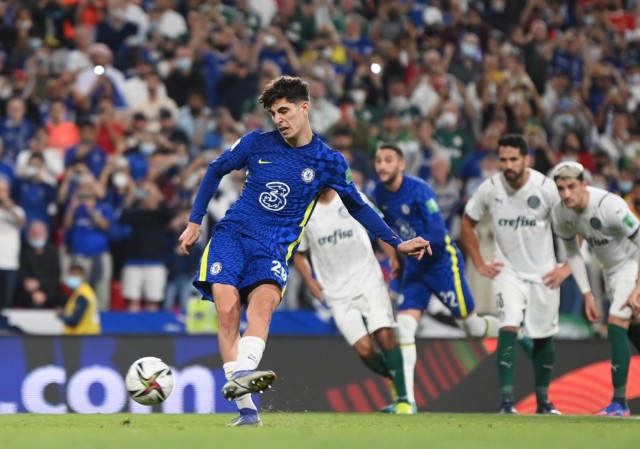 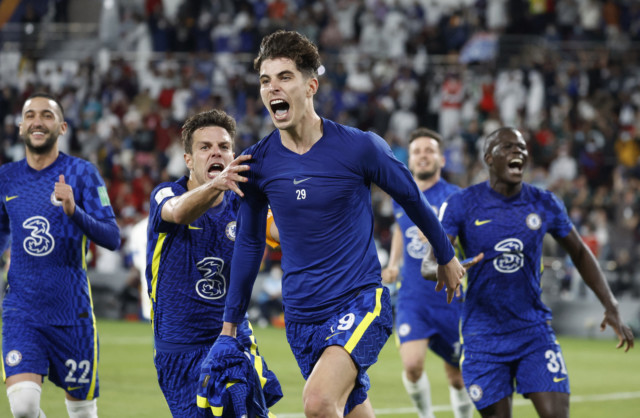 As soon as the referee pointed to the spot after the VAR check, Azpilicueta looked across and caught Havertz’s eye – confirming the German would be stepping up to take it.

Azpilicueta then grabbed the ball and acted as though he would be the one going up against goalkeeper Weverton in the 117th minute.

That meant the Palmeiras players surrounded the defender, trying to distract him ahead of the pressure penalty, while leaving Havertz alone to compose himself.

Ref Chris Beath even showed a yellow card to Eduard Atuesta as he caused the fuss as Azpilicueta stood with the ball by the penalty spot.

Then when the referee had restored order and pushed everyone else back outside the 18-yard box, Azpilicueta turned and Havertz stepped forward and they calmly exchanged the ball.

And the 22-year-old then placed it how he wanted, free from interference, and kept his cool by slotting into the bottom corner for the winner.

Azpilicueta was the first man to join Havertz celebrating the goal which crowned the Blues world champions and completed their trophy haul.

Jordet, who works at the Norwegian School of Sports Sciences in Oslo, told SunSport: “With VAR, the psychology of penalty kicks has become incredibly important.

“The best teams in 2022 are the ones who play the psychological game better than others.

“Chelsea did this brilliantly last night and are worthy world champions.”

Chelsea, like many clubs, often try and put penalty takers off before the kick – and doing their homework would have seen Palmeiras are notorious for the sly tactics.

Aston Villa goalkeeper Emi Martinez had the mind games down to a tee in September, daring Cristiano Ronaldo to take the injury-time penalty which Bruno Fernandes duly skied over the bar – and then the Argentine danced in celebration at Old Trafford. 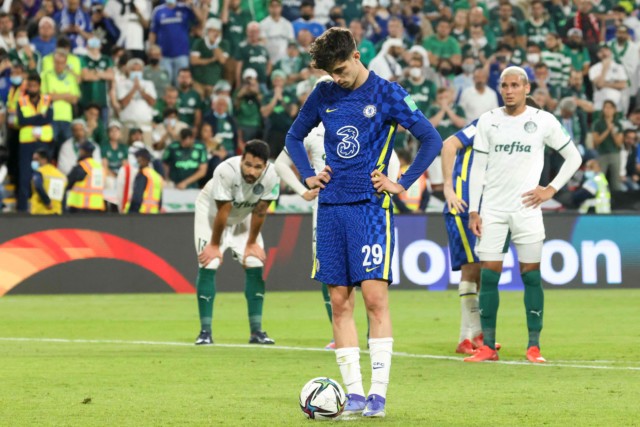 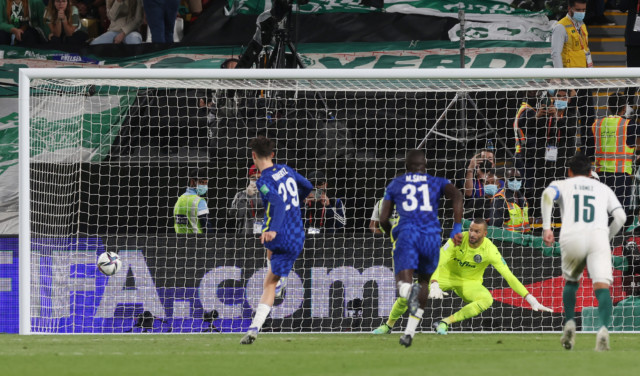 The German made no mistake, sending the goalkeeper the wrong way 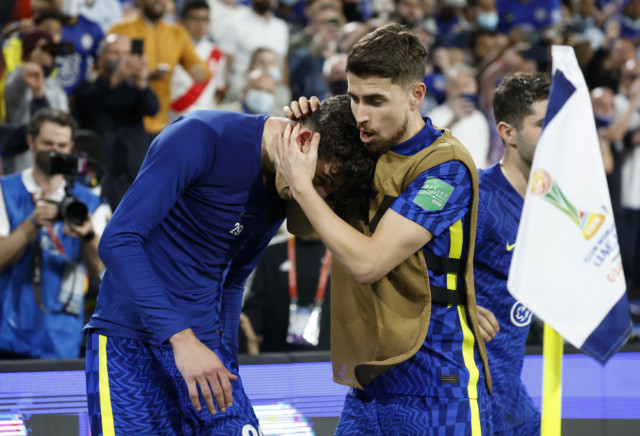 But the Reds were wise to his gamesmanship when they took on Villa, with three players forming a human shield between Martinez and Mo Salah.

However, they could do nothing to stop James Maddison whispering in Salah’s ear and psych him out before the Egyptian’s miss at the King Power.

Now, the genius idea from Azpilicueta, 32, to prevent distracting mind games is surely the best of the lot.

After his sensational piece of leadership, the skipper said: “I expected the Palmeiras players to come around the penalty taker.

“I already told Kai he was going to shoot.

“I just tried to release the pressure from him, be more calm.

“With three minutes to go, it’s an important moment. It worked!”

Still, Havertz, who scored the winner in the Champions League final in May as well, needed to convert the kick after all that – and did so emphatically.

He then revealed he was the third-choice option to take it but both Jorginho and Romelu Lukaku were off the pitch.

Havertz told Channel 4: “It’s amazing. After champions of Europe, we are now champions of the world. It sounds better.

“I was nervous [taking the penalty], I have to be honest. It’s a big penalty. It’s just crazy. It was good I kept the nerves. I am very happy.

“I was the third penalty taker but I was the only one left on the pitch.

“My team-mates gave me trust. I dreamed always as a kid of this. This is an amazing feeling for me.” 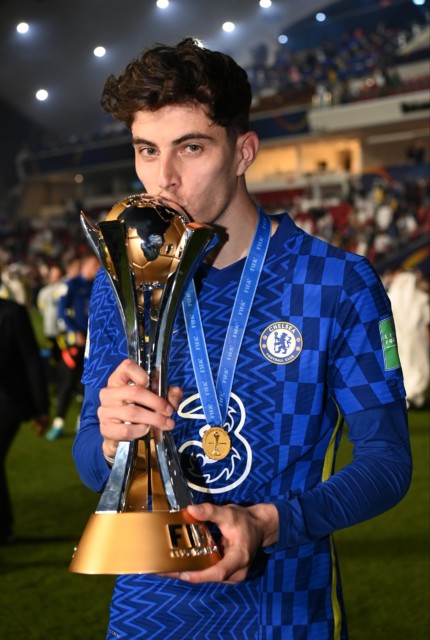 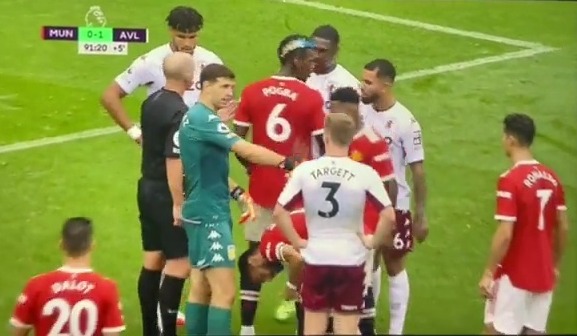 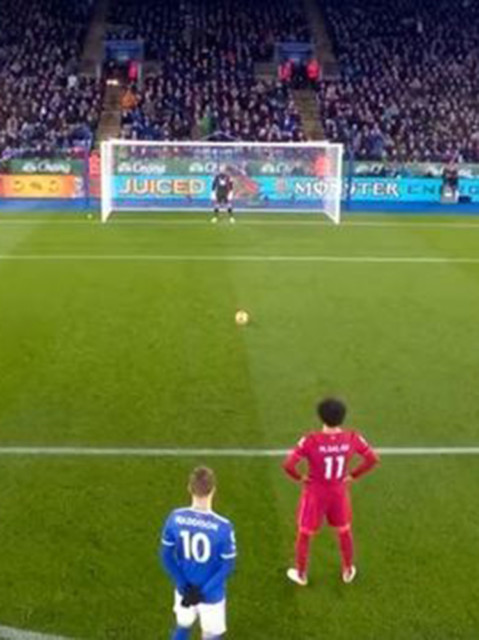