How Chelsea could line-up against Lille with Rudiger.. but will Germans return help Lampards blundering defence?
Advertisement 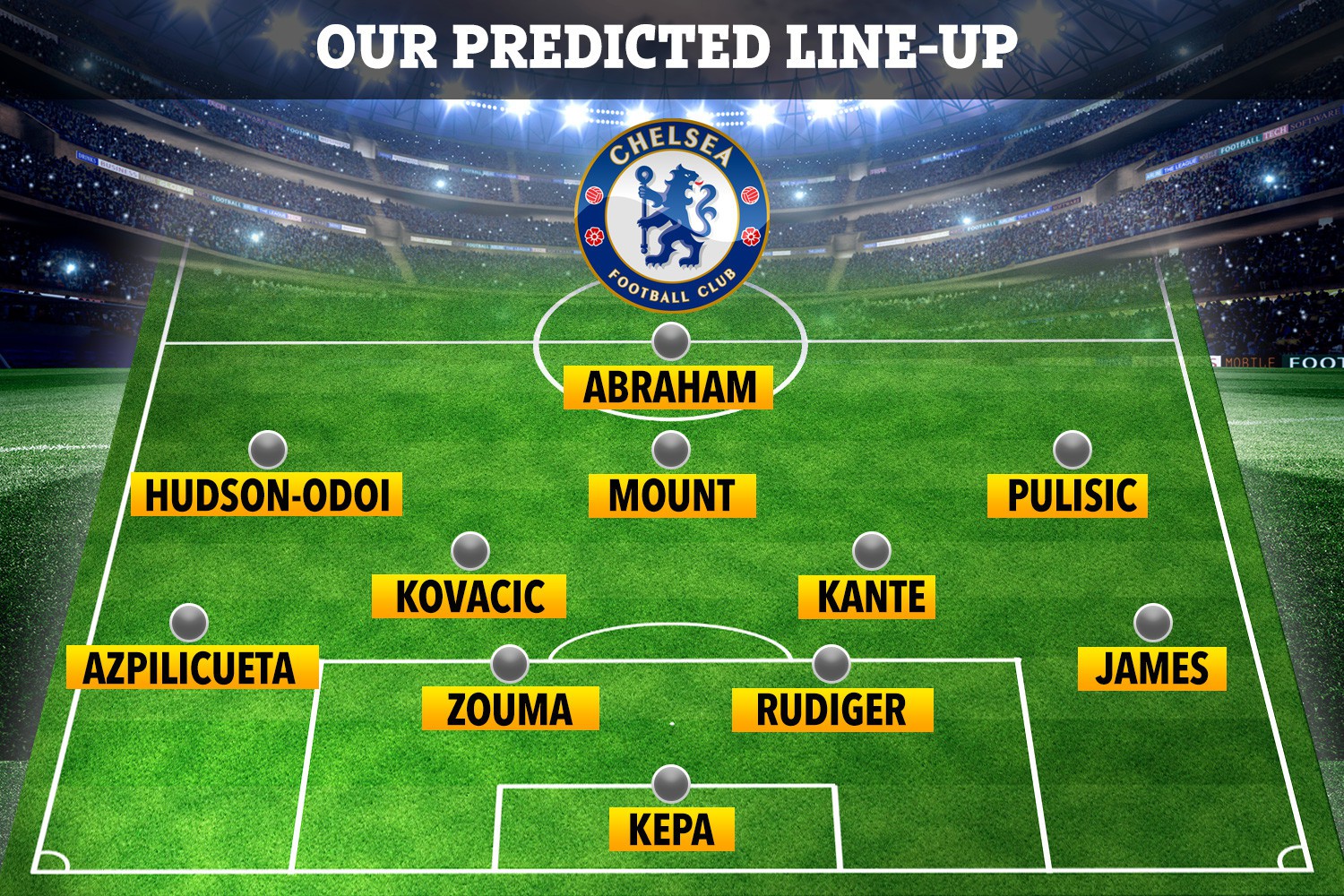 ANTONIO RUDIGER is set to return to the Chelsea starting XI for their make-or-break Champions League clash with Lille.

The Blues are in the midst of a horror run of form – and have won just ONCE in their last five games, including three defeats.

Most-recently, Frank Lampard’s side slipped to a shocking 3-1 defeat at relegation-threatened Everton – with their defence once again looking suspect.

Chelsea fans have been quick to slam the back-four, with Andreas Christensen copping plenty of flak.

With the Blues needing a result at home to Lille in order to progress to the knockout stages of the Champions League, Lampard might roll the dice on Rudiger.

The German defender, 26, has played just once this season due to injury – in the 5-2 win over Wolves – but Lampard recently revealed he had returned to training.

While the Everton clash may have come a few days too soon, Rudiger may be rushed back into the team in a bid to solve Chelsea’s crisis.

The Blues sit third in their Champions League group, behind Ajax and Valencia – while Lille sit bottom with just one point

Chelsea may have won the reverse fixture 2-1, but will need to be at their best to ensure they don’t crash out in the group stage.

Lampard is set to start a strong back-four, including captain Cesar Azpilicueta at left-back to accommodate in-form youngster Reece James at right-back.

Fikayo Tomori would surely be thrust back into the XI alongside Rudiger but misses out with a hip injury, with Kurt Zouma set to be Christensen into the team.

Mateo Kovacic is set to continue his red-hot form alongside N’Golo Kante in a midfield-two – forcing Jorginho onto the bench yet again.

Meanwhile, Lampard may be tempted by the pacey, young pairing of Callum Hudson-Odoi and Christian Pulisic on the wings, with mason Mount marauding through the middle at the No10 spot.

Tammy Abraham will look to bounce back from a frustrating Saturday afternoon at Goodison Park and get back amongst the goals too.

Willian and Jorginho could both start ahead of for Hudson-Odoi and Kovacic should Lampard fancy a slightly different look at Stamford Bridge.