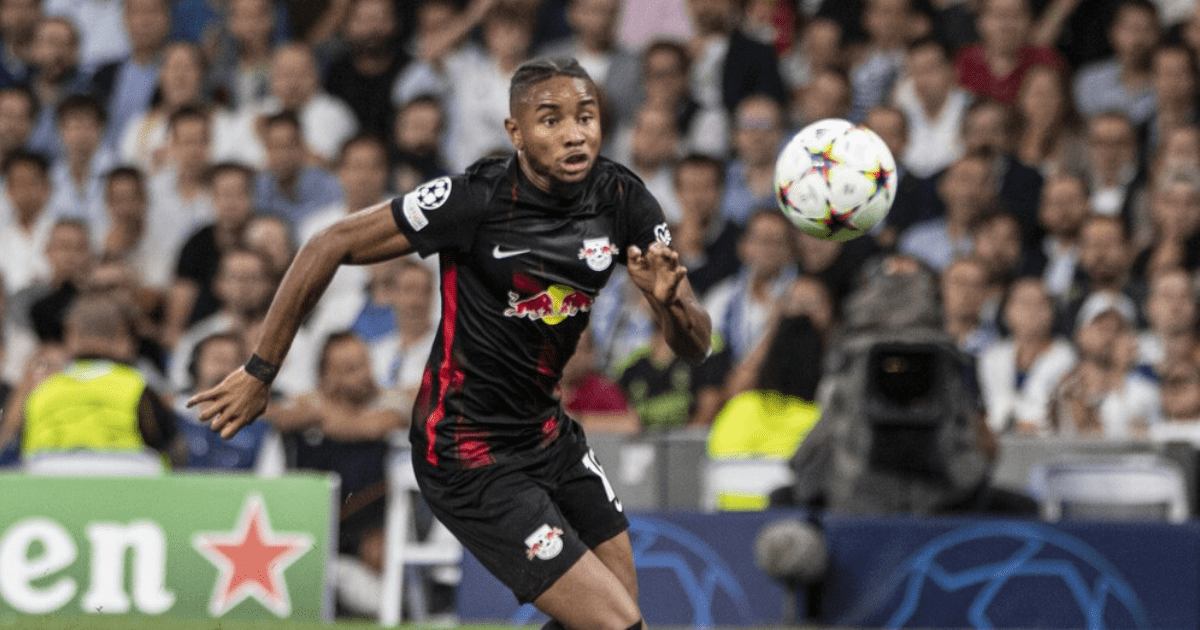 CHELSEA could look fresh in defence, midfield and attack come the end of next summer’s transfer window. 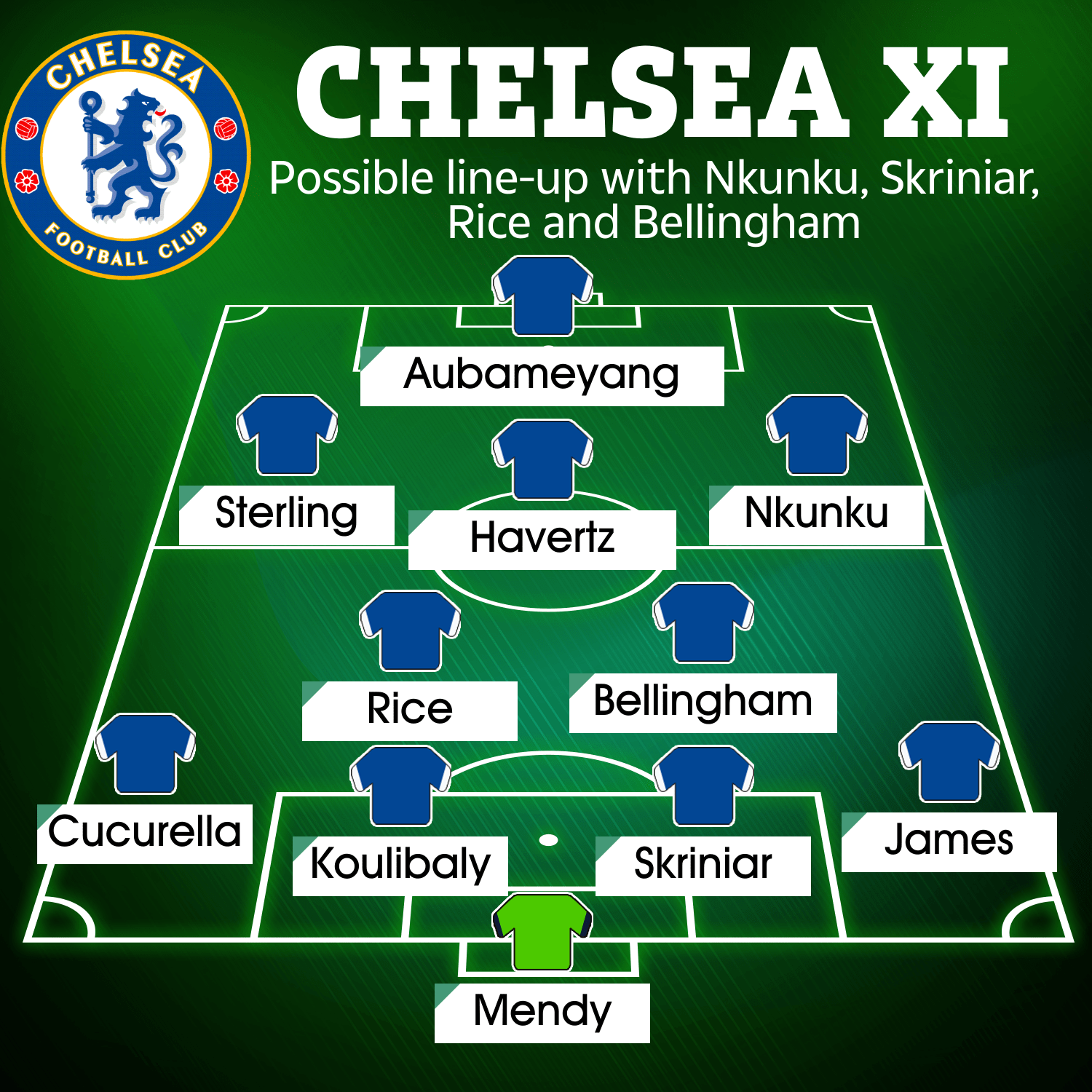 How the Blues could line up after another summer spending spree

RB Leipzig star Christopher Nkunku could give Chelsea’s frontline a new lease of life after holding a secret medical.

The France star underwent a preliminary examination earlier this month with a view to making a £52.58 million move next summer.

Leipzig bosses are adamant that Nkunku will not be allowed to leave before the end of this season but that has not deterred Chelsea chairman Todd Boehly.

The American is trying to lure the player to the Premier League and an advance medical is seen as one way of showing commitment, albeit a bizarre one.

Should Nkunku seal a move to Stamford Bridge, he’d bring technical excellence inside the final third.

Nkunku could play anywhere across the front four.

Defence is also an area Chelsea could look to improve on with club captain Cesar Azpilicueta and Thiago Silva not getting any younger.

Long-term transfer target Milan Skriniar will be available on a free transfer next summer.

The 27-year-old joined Inter Milan in 2017, and helped the San Siro club break Juventus’ dominance in Italy by winning Serie A in 2021.

He could partner Kalidou Koulibaly in the heart of the defence, with Edouard Mendy behind him.

Reece James and Marc Cucurella would man the flanks.

Like in defence, Chelsea are starting to plan for their midfield’s long-term future.

The pair have shown promising signs of compatibility while playing for the Three Lions.

Rice, 23, was on Chelsea’s books as a kid, but was released as a teenager before joining West Ham.

And Borussia Dortmund want upwards of £83m for star man Bellingham, depending whether suitors pay up front.

A double swoop is more than possible considering the amount Chelsea splashed on players in the summer just gone.

Boehly and Co backed former boss Tuchel to the tune of nearly £300m.

Rice has hailed Bellingham as the future of English football.

“He’s the future of English football for the next 15 years if he wants to be.

“He is top lad as well — he really pushes you on the pitch. We push each other on and it’s a privilege to play next to him. I’m still only 23!

“I’ve been around and played so many more games than he has but you can just tell as a 19-year-old what he brings to the team already, the energy he’s got.

“He can play anywhere in midfield and I know he’s going to be crucial for us. Every time I play with Jude we’re building that connection.

“Hopefully he keeps flourishing. I say to him, ‘You go and bomb on and attack and I’ll sit here and defend for you!’

“He’s a young man with an old head, really. All the lads love him. 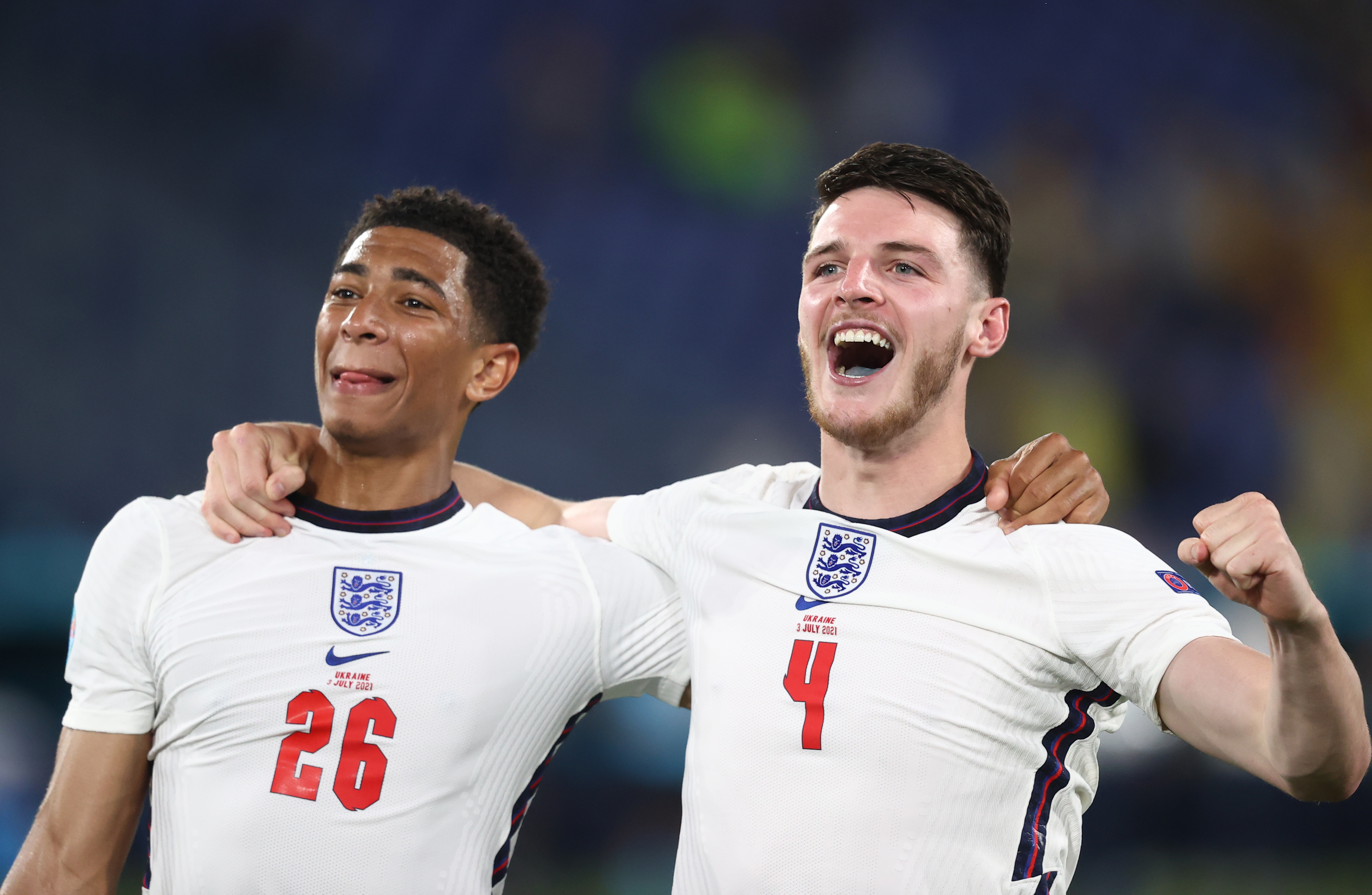