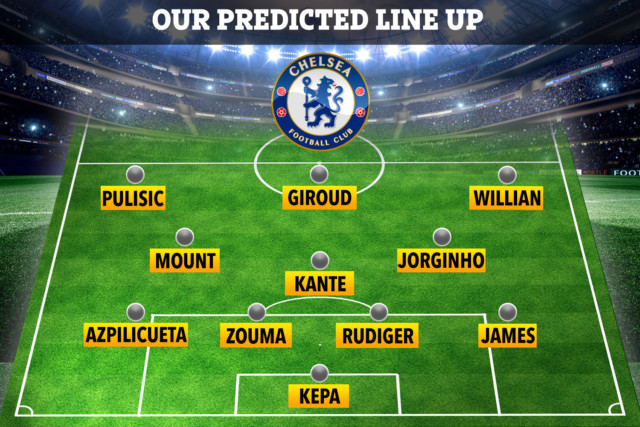 FRANK LAMPARD is set to ring in the changes at Chelsea ahead of their game against Watford.

The Blues boss was fuming at the end of the 3-2 defeat to West Ham – Chelsea’s second defeat to the Irons this season.

Marcos Alonso was singled out for criticism by Gary Neville for his slack effort in the lead up to West Ham’s winner.

The Manchester United legend said Alonso cost Chelsea the game when he failed to track Andriy Yarmolenko’s run back, allowing the forward to net one minute from time.

Neville said: “You see Yarmolenko is back there with Alonso.

“It has cost Chelsea the game, along with a poor piece of defending from Antonio Rudiger.

“Run back as fast as you can when your team lose the ball. You learn that aged six.”

Rudiger can expect to keep his spot but Alonso – who has been linked with a move to Newcastle – will likely be confined to the bench and replaced by Reece James with Cesar Azpilicueta put over to the left and Kurt Zouma in the middle.

Mateo Kovacic, Ross Barkley and Tammy Abraham were all hooked within 10 second-half minutes against West Ham.

And all three can expect to start the clash against Watford from the bench.

Lampard clearly loves Mason Mount – who replaced Kovacic against the Hammers – so we could see him come into the midfield three alongside N’Golo Kante and Jorginho.

Olivier Giroud deserves the chance to start – even though he is in the Blues’ starting XI only 22 per cent of the time.

The 33-year-old has three goals in his last six top flight games and scored the vital winner in the 2-1 triumph over Aston Villa last month.

Expect to see him given the nod in the middle of a front three that includes the ever-impressive Willian and Christian Pulisic.

Did you miss our previous article…
https://www.sportingexcitement.com/football/premier-league/fifa-planning-to-use-robot-referees-for-offside-calls-in-2022-world-cup-in-latest-radical-technology-change