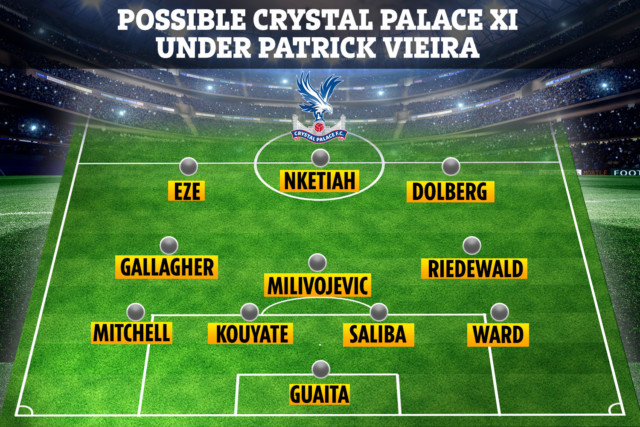 PATRICK VIEIRA could return to Arsenal for a selection of young stars to bolster his Crystal Palace squad.

It is widely reported that the former midfielder, 45, will take over at Selhurst Park after Roy Hodgson’s departure.

There is quite the job on in South London this summer with a huge squad rebuild to undertake.

A whopping 22 players were named on the released list earlier this month but the door is not thought to be closed on the likes of Andros Townsend and Joel Ward agreeing fresh deals.

There is also the status of Wilfried Zaha to contend with as the winger is once again reportedly keen to leave Palace.

Vieira could sanction a summer sale to build a considerable transfer kitty to spread across the squad.

A new attacker or two will be a must with the Gunners open to letting Eddie Nketiah go, although it will be interesting to see how Arsenal deal with Vieira after he backed a takeover bid to oust Stan Kroenke only months ago.

SunSport revealed in the spring that striker Nketiah may cost as much as £20million. 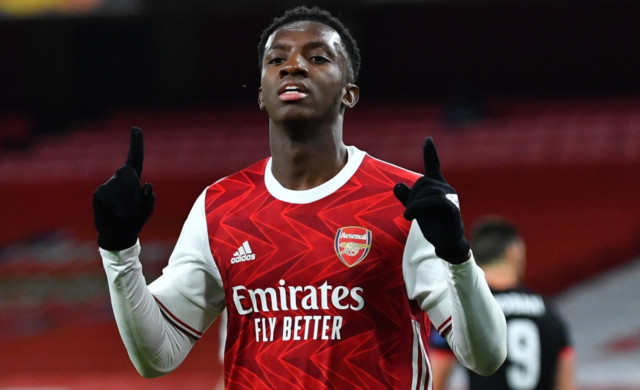 A deal for defender William Saliba could also be cut with Vieira’s old side, which would be on a loan basis if Mikel Arteta is not convinced in his readiness for Premier League football.

Ainsley Maitland-Niles has been linked with a move across London and SunSport detailed their interest in £15m Chelsea youngster Conor Gallagher as the club looks to build out the midfield.

Vieira, who often went with a 4-3-3 formation in both of his previous roles at New York City FC and Nice, could go back to the Ligue 1 side for another signing.

Kasper Dolberg has enjoyed a good Euro 2020 so far and may be the sort of statement signing to excite the fans, having already been signed by Vieira in 2019.