How Leeds could line up with Rodrigo in attack, £27m Luiz Felipe in defence and starlet Greenwood signed from Arsenal
Advertisement 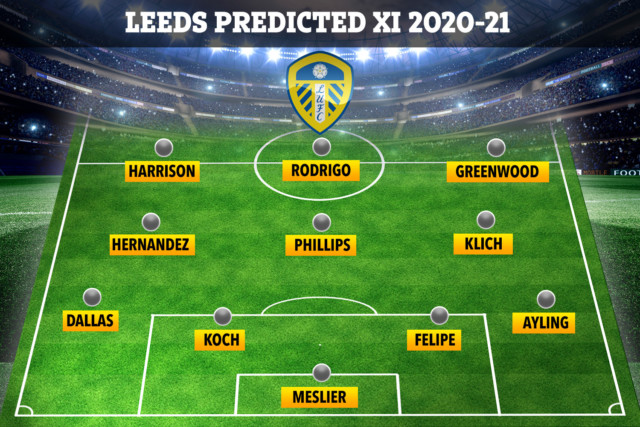 LEEDS boss Marcelo Bielsa is enjoying a busy summer in the transfer market ahead of their return to the Premier League.

The Elland Road completed the signing of ex-Arsenal youngster Sam Greenwood on Friday.

Bielsa has also made loan moves for Illan Meslier and Helder Costa permanent.

Jack Harrison has been signed for yet another season-long loan from Manchester City.

Meanwhile, Joe Gelhardt and Cody Drameh have been brought in to add some youthful exuberance to the Leeds squad.

But Bielsa is not content with his work just yet – with the Argentine on the brink of signing Valencia striker Rodrigo and Lazio centre-back Luiz Felipe.

Rodrigo is set to cost a club-record £35m, while Felipe is being linked with a £27 move, to soften the blow of missing out on Brighton star Ben White.

Freiburg defender Robin Koch is also being tipped to head to Elland Road in a £13m deal as Bielsa targets a stronger back-four.

With a strong squad to choose from, Bielsa will now have to choose between Meslier and Kiko Casilla between the sticks.

Captain Liam Cooper may be forced to settle for the bench with Koch and Felipe on the books.

The left-back spot will need reinforcing this summer, with Danny Rose linked.

But for now, Bielsa may have to resort to the likes of Stuart Dallas or Ezgjan Alioski out of position – with Barry Douglas and Leif Davis the other options.

Vice-captain Luke Ayling will likely keep his place at right-back ahead of Gaetano Berardi.

England new-boy Kalvin Phillips is a dead-cert to start when fit in a defensive midfielder role.

The likes of Mateusz Klich and Pablo Hernandez will likely pinch the other two central midfield slots, with the Spaniard the main attacking threat of the three. 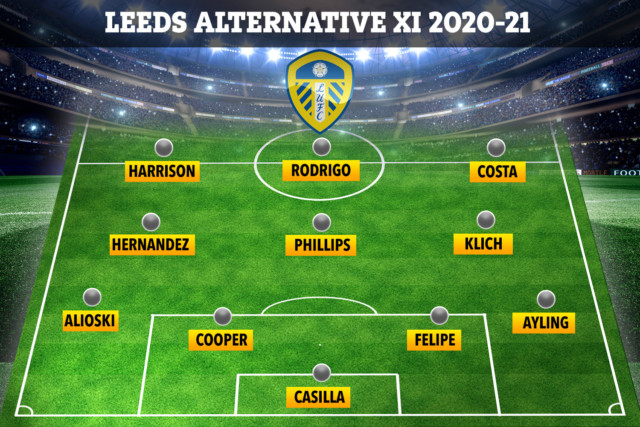 New-boy Greenwood will compete with Patrick Bamford and Rodrigo for minutes as centre-forward, but could offer support for the wide-men, too.

Jack Harrison is a certainty to start at left-wing while Helder Costa is likely to take up the right-wing slot.

Leeds kick-off their first season back in the Premier League with a trip to Anfield to take on reigning champions Liverpool on September 12.