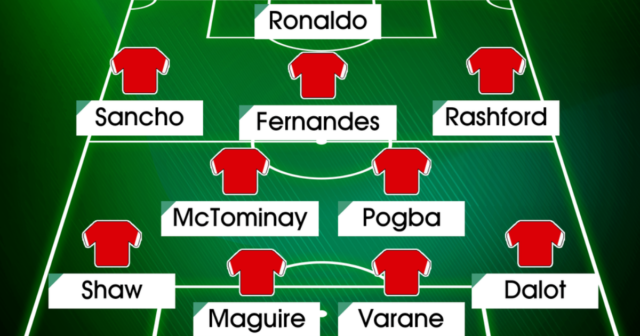 The Red Devils are falling behind in the race to finish fourth and secure Champions League football next season.

Cristiano Ronaldo started on the Bench against Burnley

The currently sit sixth, level with Arsenal on 39 points but having played a game more.

West Ham occupy fourth spot at the moment but the momentum seems to be with the Gunners after their battling 1-0 victory over Wolves on Thursday.

United will be looking for a more fluid performance than the stuttering effort they mustered in the 1-1 draw with Burnley on Tuesday.

And the biggest question for boss Ralf Rangnick is whether or not to start Cristiano Ronaldo after the striker threw yet another strop against the Clarets.

Ronaldo came off the bench at Turf Moor but failed to score for the fifth game in a row – his worst domestic return in a decade.

For all the grumbling from the Portugal superstar’s camp, he’ll likely see a return to the starting XI at the expense of Uruguay’s Edison Cavani. 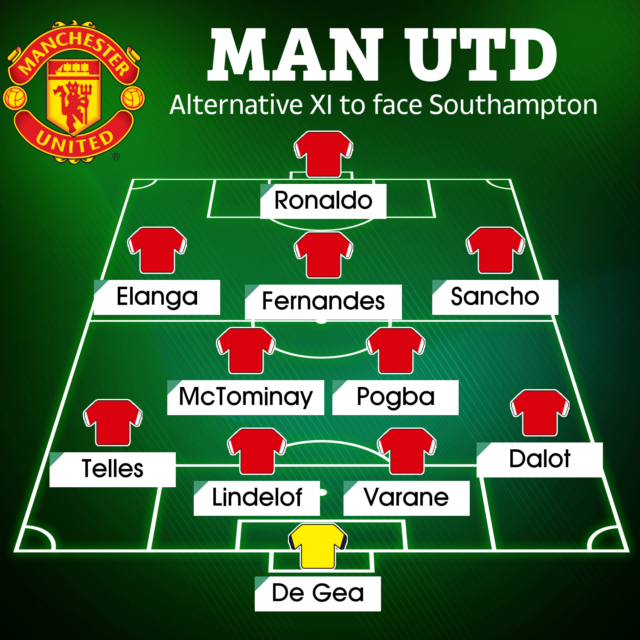 Flanking him at Old Trafford could be England youngster Jadon Sancho and Marcus Rashford, whose start against Burnley was his first since December.

Paul Pogba is expected to build on his goal-scoring return to the line-up with more game-time against Saints.

The France international scored his first Prem goal in over a year, with suspension and injury keeping him out since the defeat by Liverpool last October.

Rangnick’s midfield options are looking a little threadbare though, with both Fred and Nemanja Matic ruled out.

That could see him partner Pogba with Scott McTominay in more of a deep-lying role – just as he did at Burnley. 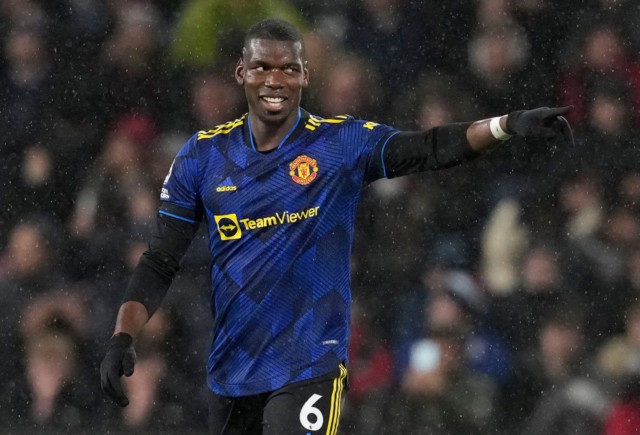 Paul Pogba scored on his return to the United line-up

Bruno Fernandes would then be free again to link up with his international team-mate Ronaldo in a more advanced role.

In defence, Rangnick is set to back his under-fire skipper Harry Maguire alongside France’s Raphael Varane.

Luke Shaw’s return to the left-back berth is set to continue with Alex Telles only just back from Covid.

And Diogo Dalot appears to be Rangnick’s first-choice on the right after Aaron Wan-Bissaka was left on the bench on Tuesday after returning from illness.

Did you miss our previous article…
https://www.sportingexcitement.com/football/premier-league/chelsea-fought-off-competition-from-brentford-for-charlton-talent-mason-burstow-who-has-been-likened-to-jermain-defoe