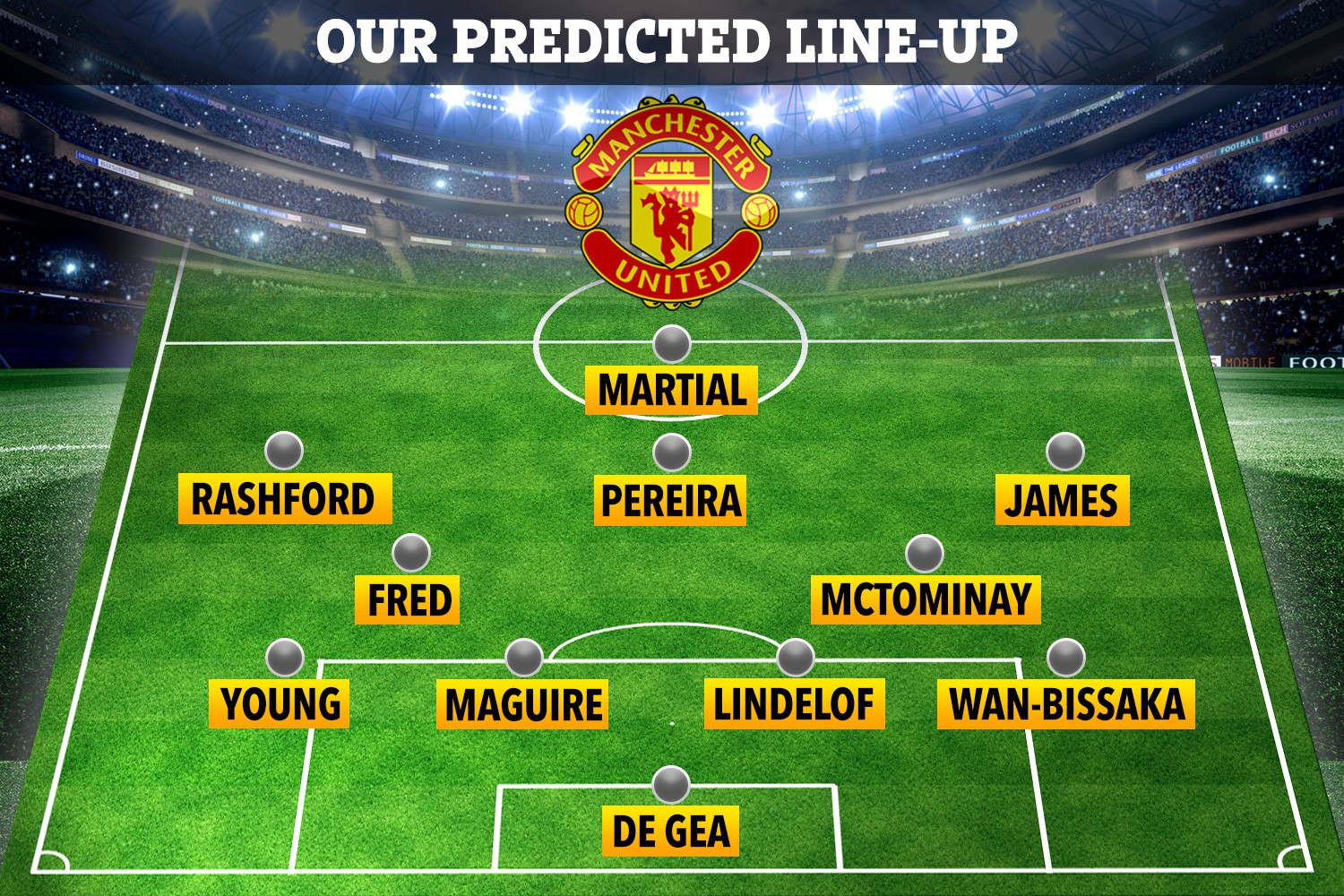 MANCHESTER UNITED could name an unchanged Premier League team for their clash with Brighton – despite injury fears to Scott McTominay and Victor Lindelof.

McTominay picked up a knock to the ankle during Thursday’s 3-0 win over Partizan Belgrade and was taken off with 15 minutes still to play.

Lindelof missed the Europa League game entirely with a foot injury – but Ole Gunnar Solskjaer is confident they will both make the pitch against Brighton.

Asked if any players could return this weekend, the United boss said: “Hopefully Scott. Hopefully Victor as well.

“He hasnt trained this week. Its his foot.”

Meanwhile, Paul Pogba is definitely out with an ankle injury, having missed nine of the last 11 matches – and it thought to be ruled out until December at the earliest.

Nemanja Matic and Angel Gomes are both also ruled out, leaving United in a real predicament in the heart of midfield.

Should McTominay fail a late fitness test, Solskjaer may be forced to start youngster James Garner in heart of midfield – or drop Andreas Pereira deeper – alongside Fred.

Pereira has started in an attacking midfield three alongside Marcus Rashford and Daniel James in recent Premier League wins over Norwich and Bournemouth.

If McTominay and Lindelof are passed fit they may be able to name another completely unchanged team in the league with Axel Tuanzebe, Luke Shaw and Diogo Dalot all injured.

That would mean Lindelof starting alongside Harry Maguire in the middle of defence – with Aaron Wan-Bissaka and Ashley Young at full-back.

Solskjaer will be hoping to lead United to only their fourth league win of the season, but knows Brighton will pose a threat.

The Norwegian claimed: “We played Brighton quite early when I came in last year and I thought they gave us a really good game. I thought we were lucky to win.

“They have loads of footballers who are comfortable on the ball. The last four games they’ve really, really turned a corner for me and are dominating teams, controlling games.

“Even the defeat against Villa they were drawing that until the sending off. The last four I count as wins for them, really.”