How many games do players miss for red card in Premier League and Champions League?
Advertisement 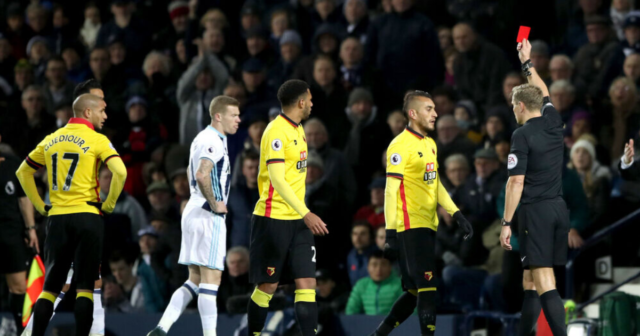 EVERYBODY knows that when a player gets sent off they receive a suspension.

But less people know how many games their player will miss when they get a red card – especially with so many different competitions around nowadays.

How many matches does a player miss after a red card?

If a player is sent off for a professional foul (eg holding an opponent back when they’re through on goal) or a second bookable offence they will be handed a one-match ban.

Incidents of racism will almost certainly result in a ban longer than three games while a red card for spitting triggers an automatic six-match ban.

Players who have been sent off will also be banned for a further match if they refuse to leave the pitch within a reasonable time period after receiving a red card.

In the Champions League and Europa League, players will miss one match if they are sent off.

How many yellow cards before a player is automatically suspended?

Players will be receive a one-match ban if they receive five yellow cards in domestic competitions.

In the unlikely event that a player receives 20 yellow cards they will suffer the humiliation of being forced to attend a special hearing at the FA to discuss their conduct.

In the Champions League and Europa League players will be banned for receiving three yellow cards.

When does the Premier League wipe cards from records?

That means any player who receives five yellow cards will not be banned.

However cards aren’t wiped entirely as any player who obtains ten yellow cards after New Year will still get a two-match ban.

In European and international competitions, yellow cards are wiped after the quarter-finals.

Can a red card be overturned?

A straight red card can be overturned if an appeal is lodged with the FA and a panel decides the referee got the decision wrong.

In the event of a successful appeal, the suspension will be cancelled.

But if the FA rule a club has lodged a ‘frivolous’ appeal, a three-game ban can be increased to four.

Appeals can’t be lodged in the event of a second yellow card, apart from in cases of mistaken identity.

No cards received at club level will result in an international ban and vice-versa. 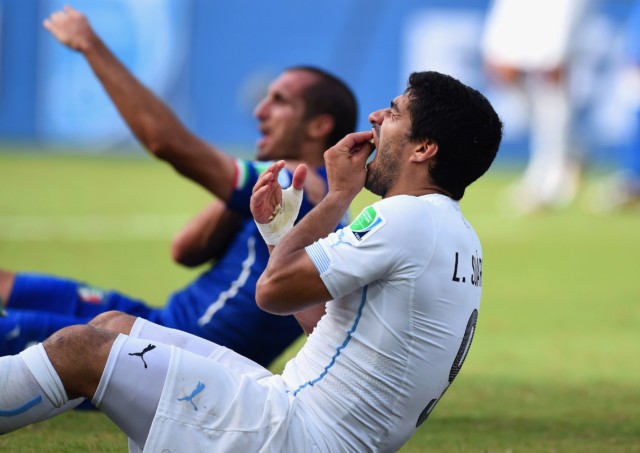 However, Fifa do have the power to enforce a global ban.

After biting Giorgio Chiellini in the 2014 World Cup, Luis Suarez was banned from all football for four months.

Did you miss our previous article…
https://www.sportingexcitement.com/football/premier-league/kylian-mbappe-switches-allegiance-from-cristiano-ronaldo-to-psg-team-mate-lionel-messi-in-goat-debate