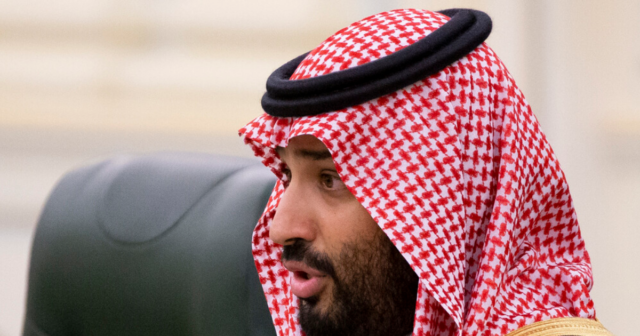 Now, the Saudi Crown Prince will take on the Premier League’s richest by trying to sign the world’s best players for Eddie Howe’s side. 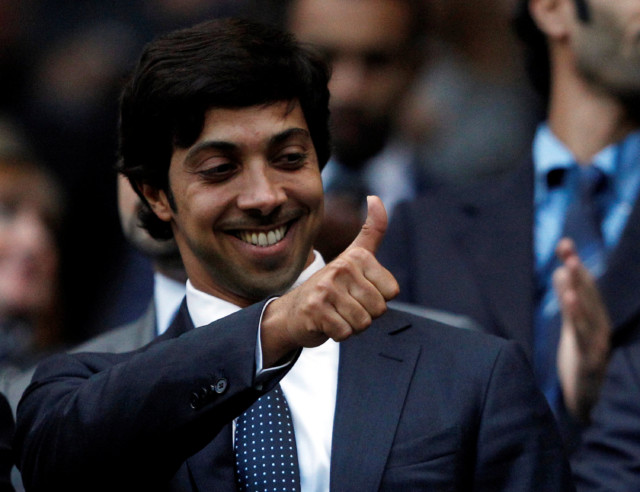 Bin Salman sees the worlds of sports and entertainment as ways to lift his nation to become a global player.

The crown prince funded the Anthony Joshua rematch against Andy Ruiz Jr which took place in the kingdom.

And the 36-year-old will next be taking on Sheikh Mansour, 50, in the transfer market. The Man City owner has spent over £1billion on players and improving the club.

In that time, City have won five Premier League titles, five League Cups and two FA Cups in the most successful period in their history.

It’s reported that Bin Salman’s purchase was motivated by a desire to compete with Abu Dhabi royal family member Mansour.

But how does the Crown Prince compare to the Sheikh?

We take a look through their lifestyle and wealth… and controversies.

Neither of the pair are struggling for cash.

Bin Salman has an estimated personal wealth of around £13billion – although he has almost the full riches of Saudi Arabia at his fingertips.

Sheikh Mansour’s personal fortune is believed to be somewhere in the region of £17billion.

Bin Salman is the Crown Prince of Saudi Arabia, the son of the King and the de facto leader of the Gulf state as King Salman is unable to fully rule because of dementia. 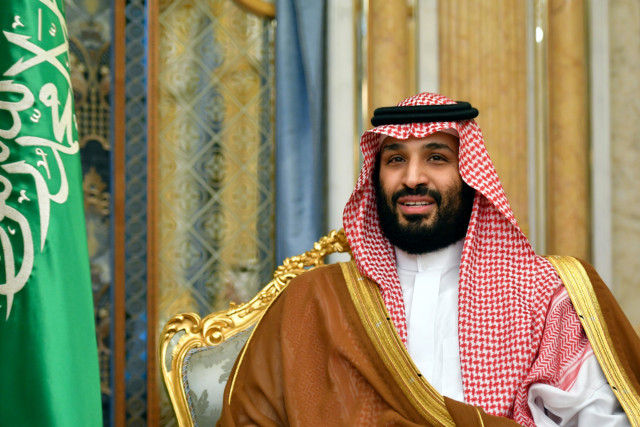 In 2019, for the first time Saudi women were allowed to to travel abroad, register to marry or divorce and apply for official documents without the consent of a male guardian.

Mansour is the deputy prime minister of the United Arab Emirates and Minister of Presidential Affairs.

However, while Bin Salman has focused on his political career as leader of Saudi Arabia, Mansour has spent much more time on his personal business portfolio.

Mansour heads the International Petroleum Investment Company, which has stakes in a number of businesses around the world.

The Manchester City owner has a 32 per cent stake in Virgin Galactic – investing more than £200m in the company in 2009 – as well as a 9.1 per cent stake in Daimler, the parent company of Mercedes-Benz and others. 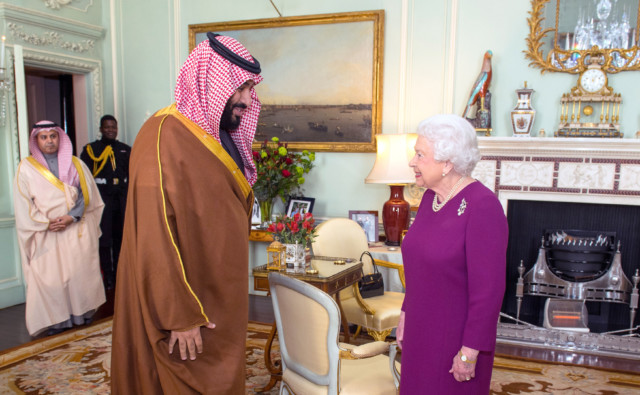 Bin Salman is part of the House of Saud, the ruling family of Saudi Arabia since 1744.

The family has some 15,000 people, although the majority of the power and the wealth sits with around 2,000 of them.

The Al Saud family has a reported combined wealth of £1.3TRILLION – with many political commentators stating that amount is a huge under-estimate.

Mansour is the half-brother of the current president of the UAE and a member of the ruling Al Nahyan family.

The oil-rich family have an estimated combined wealth of at least £150billion and have driven the building of holiday hotspot Dubai. 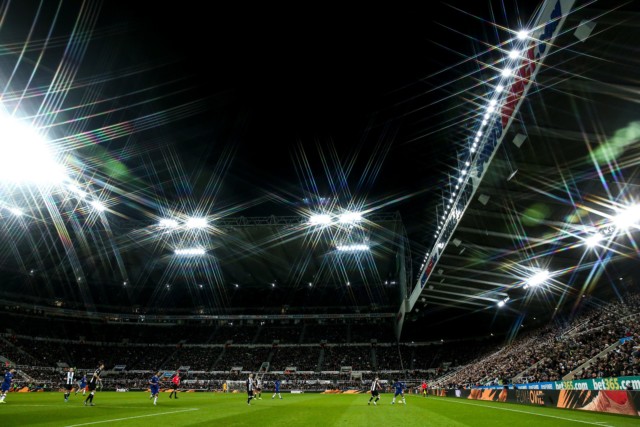 Bin Salman is married to Sarah bint Mashhoor – known as the ‘Barbie Princess’ – in 2008, the couple have four children.

There are unconfirmed rumours that the Saudi has three other wives.

Manal, who has two daughters and three sons with Sheikh Mansour, is the president of the Dubai Women Establishment.

Both Sheikh Mansour and Mohammed bin Salman have full access to the lavish presidential palaces where their families call home.

Both are lovers of the Costa del Sol in Spain and Mansour bought the 20,000-acre Los Quintos de San Martin in 2016 for £42million.

His family also own and regularly stay at the Emirates Palace hotel, described as a ‘seven-star’ hotel in Abu Dhabi. 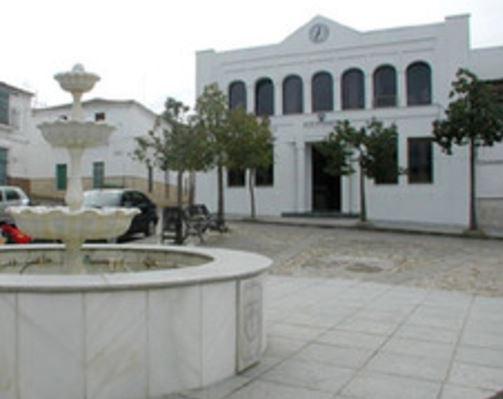 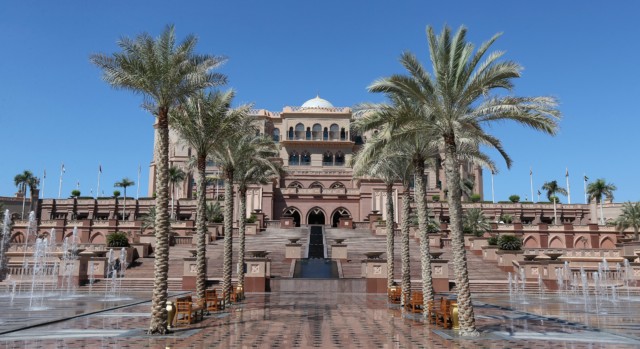 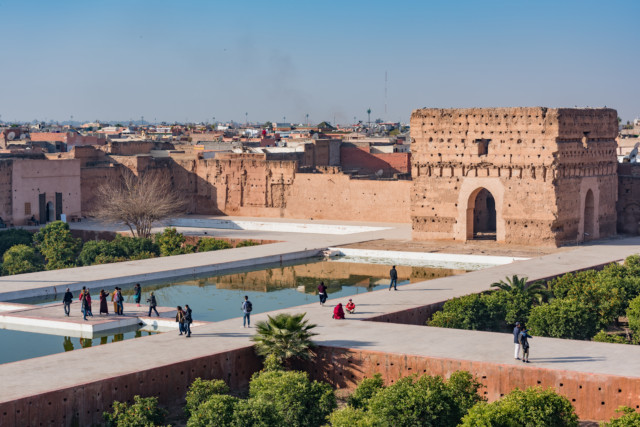 Bin Salman went one better, however.

In 2015 he splashed out on the world’s most expensive home – the £230MILLION Chateau Louis XIV, west of Paris.

From the exterior, the Chateau Louis XIV appears to be a 17th-Century chateau, constructed in a similar style to the nearby palace at Versailles.

On closer inspection, however, this is not the case: it was built after developer Emad Khashoggi demolished a 19th-Century building that had previously stood on the 57-acre site.

The new-build 10-bedroom home is designed to look like a 17th-century palace and boasts a cinema, deluxe swimming pool and glass-bottomed moat to watch koi carp.

Fountains can be controlled by a tablet or mobile phone, while the 57-acre plot has immaculate gardens and a maze.

A statue of Louis XIV made of Carrara marble stands watch over the grounds. 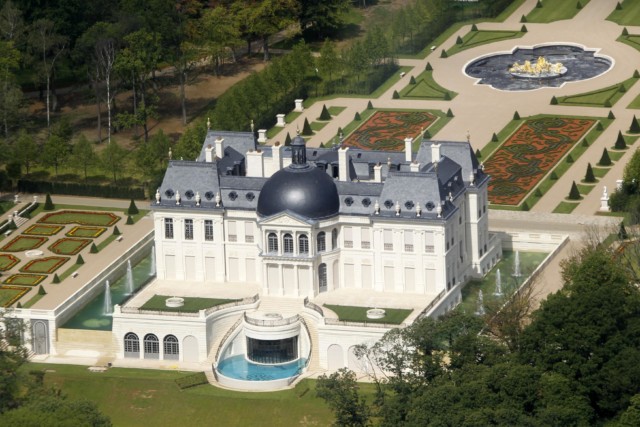 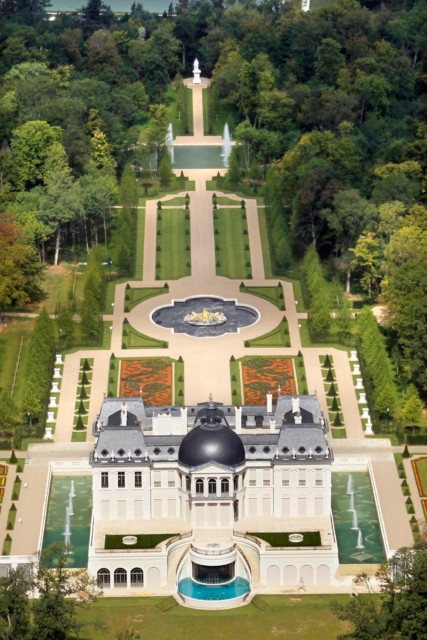 The new-home is based on a 17th-century French mansion 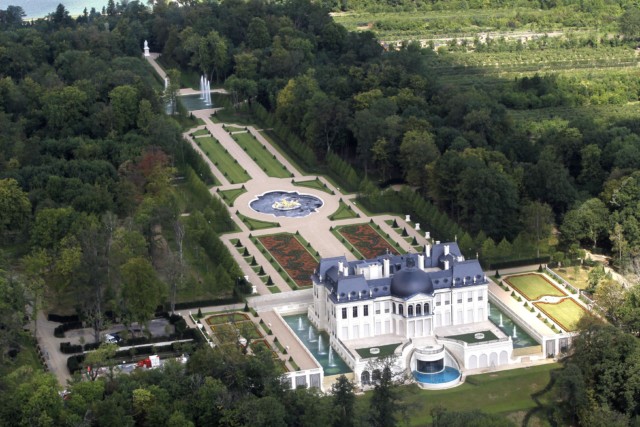 Built across 50,000 sq ft, it has 10 bedrooms, an indoor and outdoor pool and a moat circled by an aquarium 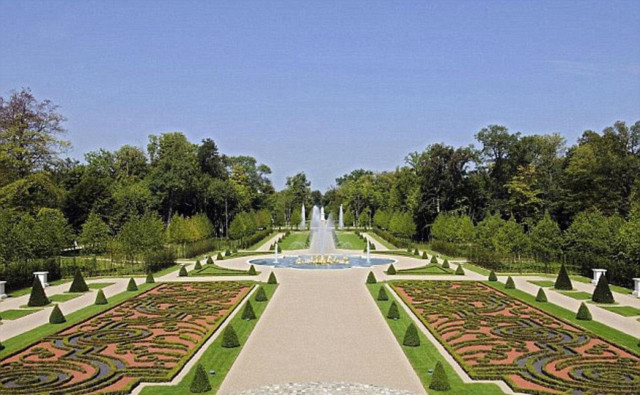 That’s because although the Saudi owns the extravagant Serene, Mansour owns the Topaz.

Not that any of us wouldn’t dream of being aboard the Serene.

The 439ft 4in super-yacht was the ninth-largest in the world when it was built for vodka tycoon Yuri Shefler for £200million 2011. 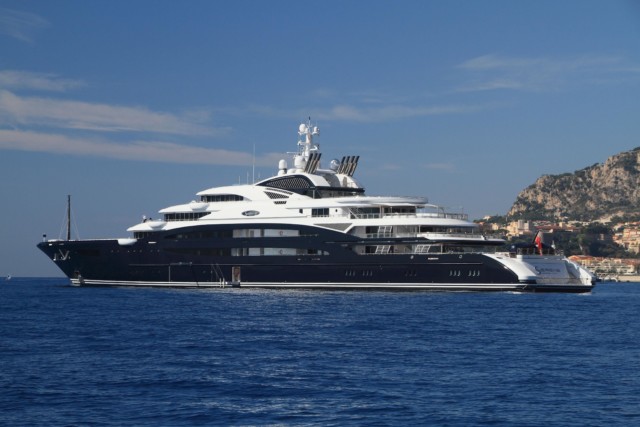 Mohammed bin Salman splashed £380million on his superyacht, the Serene 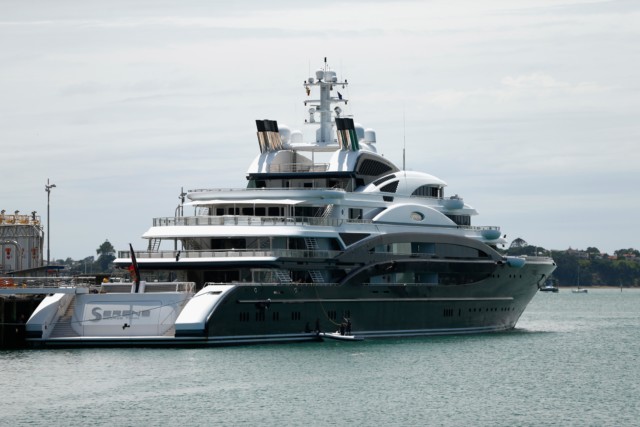 Bill Gates once rented it for a week at a cost of $5million and it comes with seven decks, two helipads and a full saltwater swimming pool.

However, in August 2017 she suffered significant damage to her hull after running aground off the coast of Sharm El Sheikh, Egypt.

Built in 2012, the Sheikh coughed up more than £320m to build the 482ft yacht that comes with jacuzzis, two helipads, a swimming platform and eight levels. 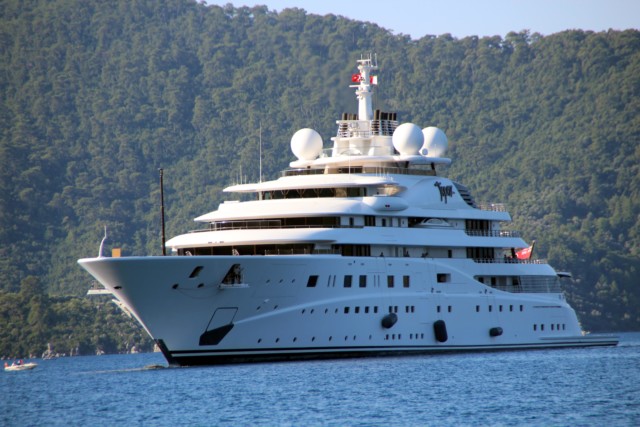 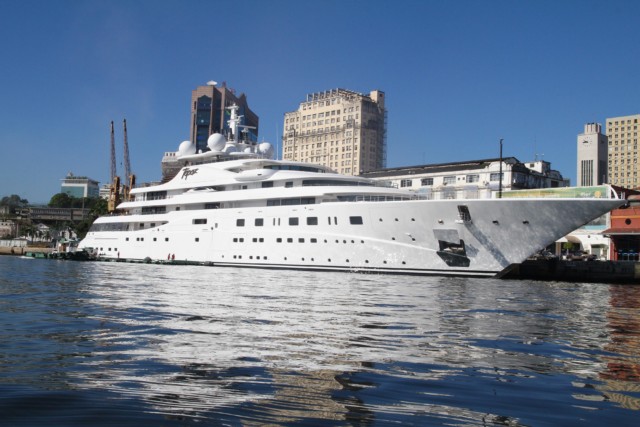 In fact, it appears that Bin Salman is barely interested in cars at all.

Some reports claim he has a modest fleet (in comparison to other billionaires at least) with a Ferrari, Lamborghini and Bugatti in his garage.

On the other hand, Sheikh Mansour can’t get enough. 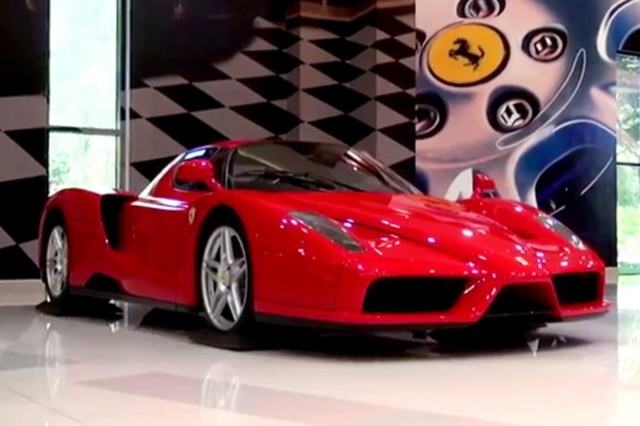 Mansour owns a  five per cent stake in Ferrari, as well as this £2.5m Enzo 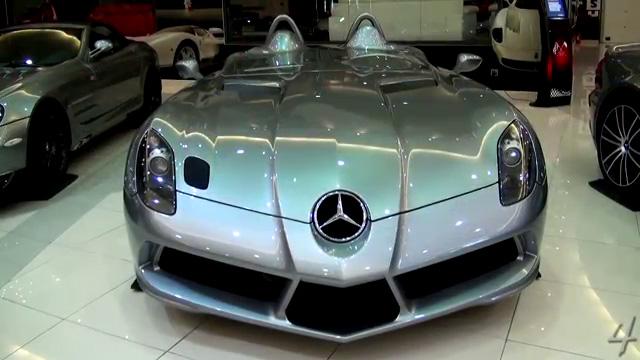 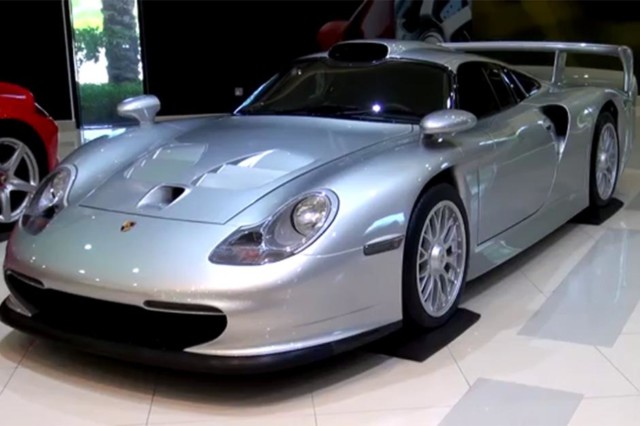 He also owns this Porsche 911 GT1 worth around £3m

His personal collection includes an £840,000 Lamborghini Reventon, FIVE Bugatti Veyrons – costing more than £1million each – as well as a £2.5million Ferrari Enzo and a £3m Porsche 911 GT1.

Mansour was also instrumental in bringing Formula One to Abu Dhabi and has a stake in both Ferrari and Mercedes parent company Daimler AG. 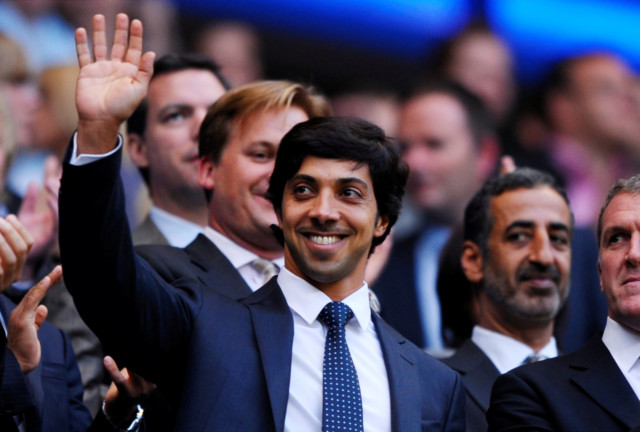 Sheikh Mansour is rarely seen at the Etihad

Both men and their families have been linked with several humans rights abuses.

Bin Salman is considered the architect of the war in Yemen, which included indiscriminate bombing, while he ordered the blockade of the country that sparked a famine and humanitarian crisis which has killed tens of thousands.

Human Rights Watch director Sarah Leah Whitson described his regime as “despotism”, while there was international outcry when dissident journalist Jamal Khashoggi was assassinated in Turkey in 2018.

In April this year, Saudi Arabia carried out a mass execution of 37 imprisoned civilians who had been convicted – 21 of those on the basis of confessions obtained under coercion and torture – of terrorism.

They were executed by beheading, with two of the bodies left on public display.

In 2018 and again in April this year, there were waves of arrests for women’s rights activists involved in the women to drive movement and anti male-guardianship campaign. 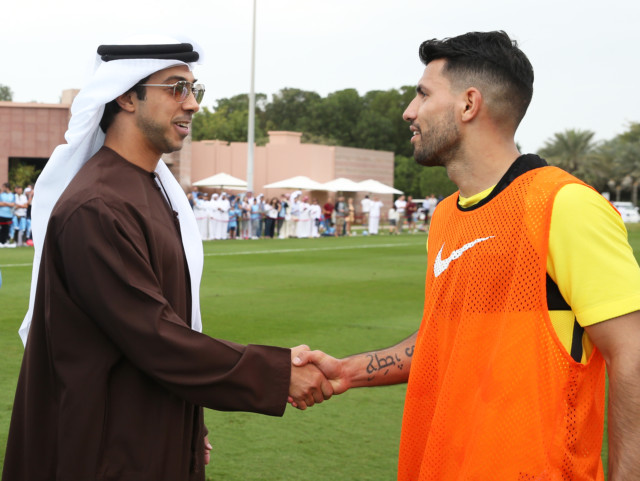 Six of these arrested were tortured.

Sheikh Mansour has been accused of using Manchester City and football to ‘launder’ the image of his state, having only been to one game in ten years.

Homosexuality remains illegal and is a capital offence in the emirate.

The ruling regime is also accused of a number of human rights abuses, while flogging, stoning and amputation all remain legal punishments.

Sheikh Mansour is a much more visible lover of sports.

As well as his love of Formula One and football, Mansour is also the chairman of the Emirates Horse Racing Authority and the patron of a local half-marathon.

He hasn’t just invested more than £1billion into Manchester City either, the City Football Group owns and part owns a host of clubs around the world.

They bought New York City FC to Major League Soccer in the US and own Melbourne City in Australia.

The holding company also has stakes in Yokohama F. Marinos in Japan, Club Atletico Torque in Uruguay and Girona in Spain.

There are plans to expand further into Europe and Africa.

Apart from Newcastle, Bin Salman’s only other link to the sporting world is the Saudi second division, which is named after him.