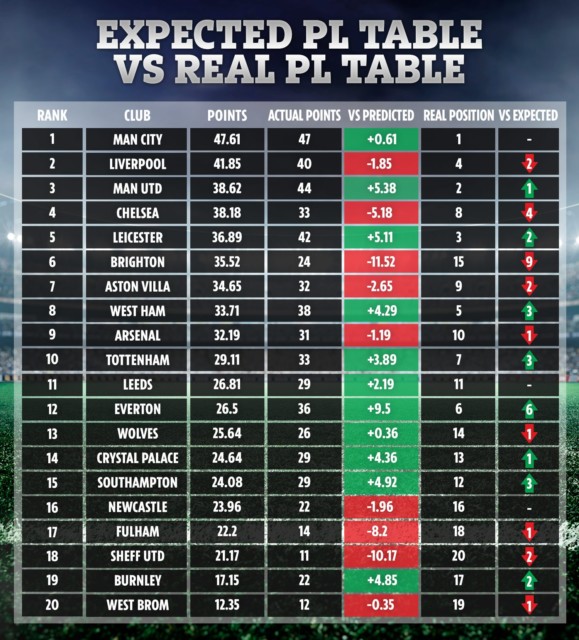 MANCHESTER UNITED are officially over-performing in the 2020-21 season in their quest for Premier League glory.

Bruno Fernandes has been credited from taking the Old Trafford club from battling for a Europa League place to mounting a genuine title charge since his arrival in January 2020.

How clubs are actually doing this season vs the predicted points table
Man Utd are far exceeding expectations this season, according to the stats

But in truth, the whole squad appears vastly improved under Ole Gunnar Solskjaer.

And with Man Utd chasing a first Premier League crown since 2012-13 – Sir Alex Ferguson’s final season at the club – they could finally be about to end their drought.

Based on expected points per game, United have earned 5.38 more points than predicted this season.

The xG Premier League table is based on a complicated mathematical formula, taking into consideration things such as quality of chances created by teams each game.

And based on those numbers, United – who beat Southampton 9-0 in their most-recent game – are far exceeding expectations.

Solskjaer and Co should be down in third with 38.62 points based on the stats, but are actually second with 44 points – 5.38 points better off.

Only Everton are over-performing at a greater rate, having earned 9.5 points more than expected.

The Toffees were tipped to be down in 11th with 26.5 points, but in real life have 36 points and could break into the top four if they win their games in hand. 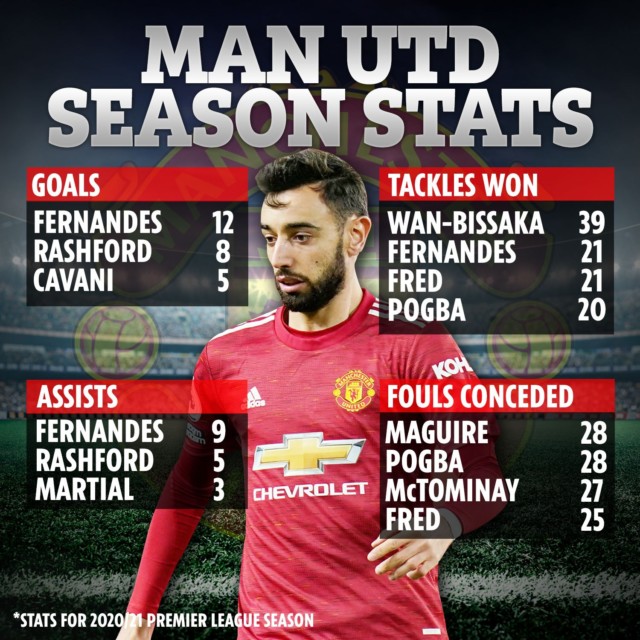 Even Manchester City, three points clear of neighbours United with a game in hand, are over-performing – picking up 0.61 more points than expected.

Brighton, though, are the league’s top under-performers.

Based on the calculations, the Seagulls should be sitting FIFTH with 35.52 points.

But they’re way down in 15th with 24 points – 11.52 points adrift of where they should be – despite their shock win at Anfield on Wednesday.

Leicester, West Ham, Crystal Palace, Southampton and Burnley, though, are enjoying productive seasons, all around five points higher than they ought to be.

And despite their shocking season, Tottenham are actually performing better than expected.

Spurs are meant to be tenth with just 29.11 points, but are in fact on 33 points – good for seventh in the table.