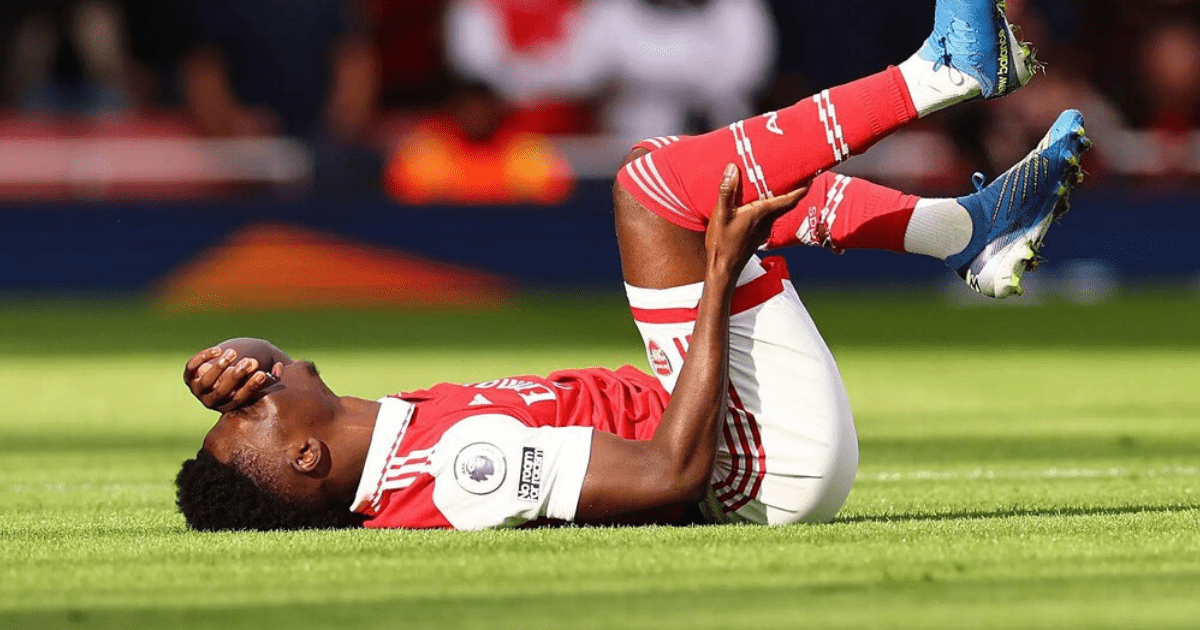 ARSENAL are cautiously optimistic that Bukayo Saka did not suffer serious injury on Sunday and could even be available for Sunday’s crunch game at Chelsea.

The England winger injured his left ankle during the 5-0 home win against Nottingham Forest and limped off just 27 minutes into the game.

The winger went off in the first half at the Emirates

He had been struggling since slipping down the slope behind the Clock End goal and colliding with an advertising hoarding in the tenth minute.

And a couple of hefty challenges from Forest full-back Renan Lodi left Saka unable to continue before going straight down the tunnel for treatment.

Arsenal’s medical team are still monitoring the injury but were encouraged by the fact that Saka was able to play on for 15 minutes after the initial collision before coming off as a precaution.

And the fact that he was able to leave the Emirates without the need of crutches or a protective boot suggested the injury was not too serious.

And though he is almost certainly not going to be involved in Thursday’s final Europa League group game against FC Zurich, he could be involved at Chelsea at the weekend.

That is good news for manager Mikel Arteta, as well as England boss Gareth Southgate just two weeks before his squad flies to Qatar for the World Cup.

Saka has been involved in all 17 of Arsenal’s games this season and has been a key player in helping his team open up a two-point lead at the top of the Premier League and Europa League qualification.

But Arsenal still need to beat Zurich at the Emirates to guarantee finishing first place in their Europa League and avoid February’s round of 32.

Granit Xhaka will also miss Thursday’s game after receiving his third yellow card of the tournament during last week’s 2-0 defeat by PSV Eindhoven.

But Mo Elneny could be in line for an unexpected return to action after recovering quicker than expected from the hamstring injury which was feared would keep him out of action until after the World Cup.

Saka’s likely absence on Thursday could open the door for Reiss Nelson to boost his Arsenal claims after coming on as a first-half sub against Forest and scoring twice in his team’s biggest win of the year.

The 22-year-old winger had only managed one previous Premier League goal for the Gunners more than five years ago.

He was close to leaving the club on a permanent basis in the summer after spending two seasons out on loan at Hoffenheim and Feyenoord and has spent most of this season sitting on the bench waiting for his opportunity.

He admitted: “When I was told to warm-up I was thinking ‘OK, I’m just going warm-up and then be told to sit back down.’

“But I kept getting up and sitting down like a yo-yo and then the boss said ‘Reiss, you’re going on’ and I was like ‘wow’.

“I knew this was my moment and that I had to seize the opportunity and I was so happy that I could get on and help the team.

“Scoring those two goals felt a bit like playing FIFA. With the first goal, I was going to take it first time but I rolled it to my left before I hit it and I was gutted when the keeper saved it.

“But my eyes lit up when it came back to me and it went bang into the top corner.

“The second one I was just busting a gut to get into the box and I just placed it into the corner.

“My only other Premier League goal came behind closed doors against Liverpool and I’ve been waiting so patiently for this moment.

“There have been times when I felt as though it wasn’t going to come but I always believed in myself and now I’m really just overwhelmed by the occasion.

“These goals have given me all the confidence in the world and now I have to keep going as hard as I can if I get another opportunity to help the team.” 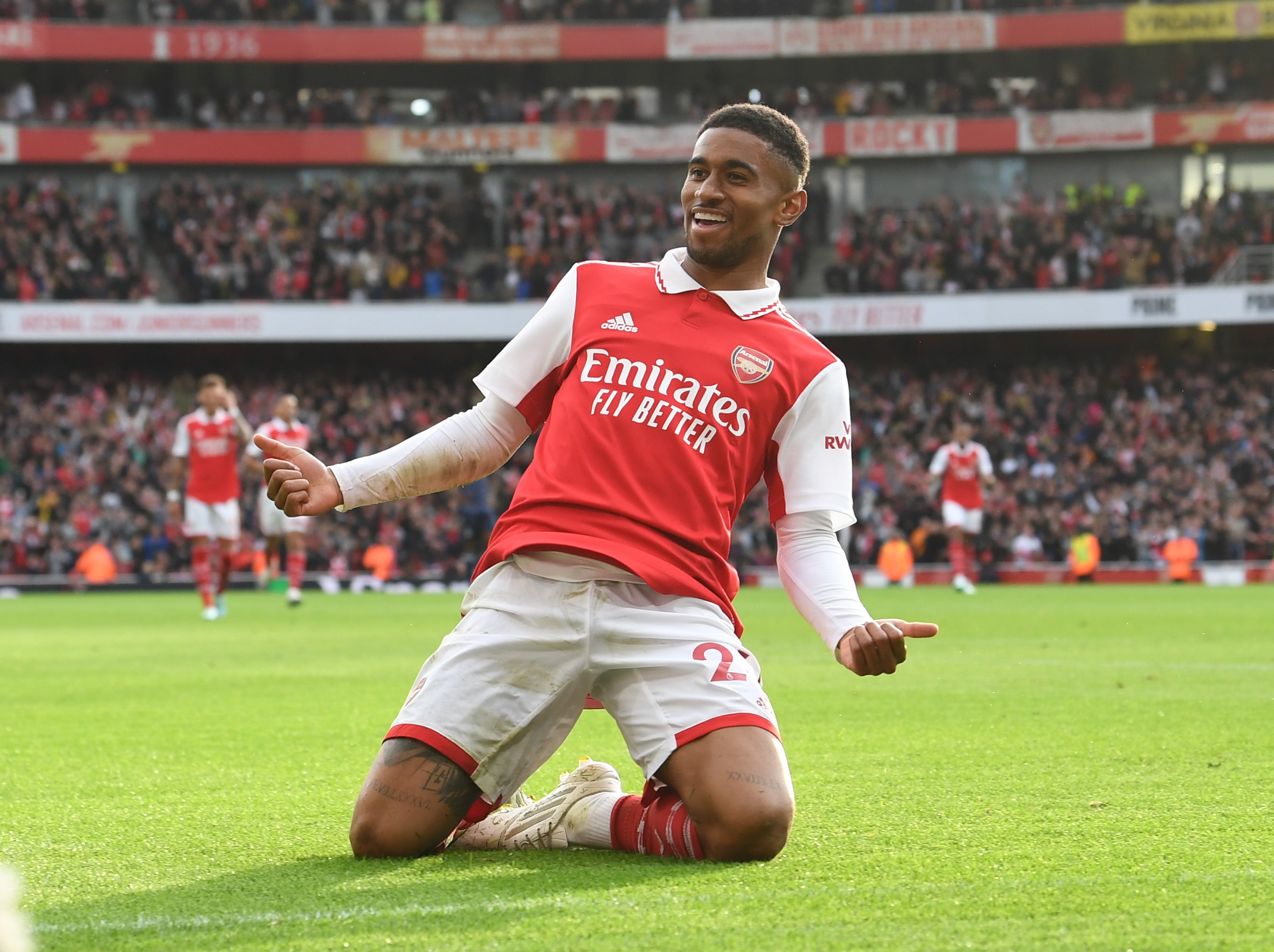