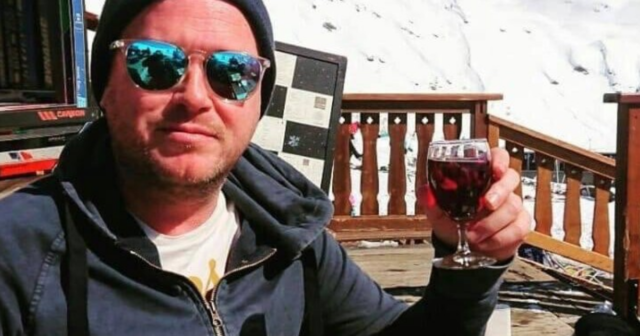 A TOON fan was so desperate to watch Newcastle at Leeds he got a job as a barman at Elland Road in VIP hospitality – and met Amanda Staveley.

Neil Crawford, 43, couldn’t get a ticket for the away end but refused to be beaten in his efforts to watch the vital relegation clash.

So he applied for an £11.71-an-hour job at Leeds United’s ground as temporary bar staff for the day through an agency.

The dad of one got the post and was able to watch the match on a big screen in the bar area while serving drinks.

He met England boss Gareth Southgate as well as Newcastle co-owner Staveley and for the last ten minutes sneaked into the away end to celebrate United’s 1-0 win over Leeds with the rest of the Toon Army.

To round off his day Neil cheekily sprinkled an ‘N’ for Newcastle on top of the cappuccinos he served.

Neil said: “My mission to get in the stadium by getting a bar job for the day turned out to be a belter.

“I served the directors, met Staveley and Southgate and sneaked in our end for the last 10 minutes.

“As I was in a shirt, tie, waistcoat and a pinny the fans gave me proper strange looks. They must have been thinking ‘Who the hell is this bloke’?”

Neil, of Leeds, used to run his own travel agency but it closed because of the pandemic and he has been doing temporary bar work.

He said: “A list of jobs come up on an app to apply for at various football clubs including Man City, Burnley and Huddersfield.

“The clubs hire temporary staff just for match day. I’ve been a passionate Newcastle fan all my life and struggle to get away tickets, as do most Toon fans.

“So when this fixture came up, I thought I can work it and at least be in the stadium.

“It turned out when I got there I’m in top hospitality, mixing around the owners and directors and Southgate. I couldn’t believe my luck.

“The room I was serving in had a big screen TV showing the match live while I worked.

“It was a cracking job. I worked hard and then in the last 10 minutes managed to catch the end of the game.”

Neil earned £105.39 for a nine-hour shift, but said the experience of being at the ground when Newcastle won only their second game of the season was ‘priceless’.

Did you miss our previous article…
https://www.sportingexcitement.com/football/premier-league/jamie-carragher-branded-a-lump-of-wood-by-ex-argentina-star-gorosito-after-claiming-lionel-messi-called-him-a-donkey