‘I had to sack 55 staff, only to find out I was the 56th’ – Raul Sanllehi opens up on Arsenal exit after pandemic hell
Advertisement 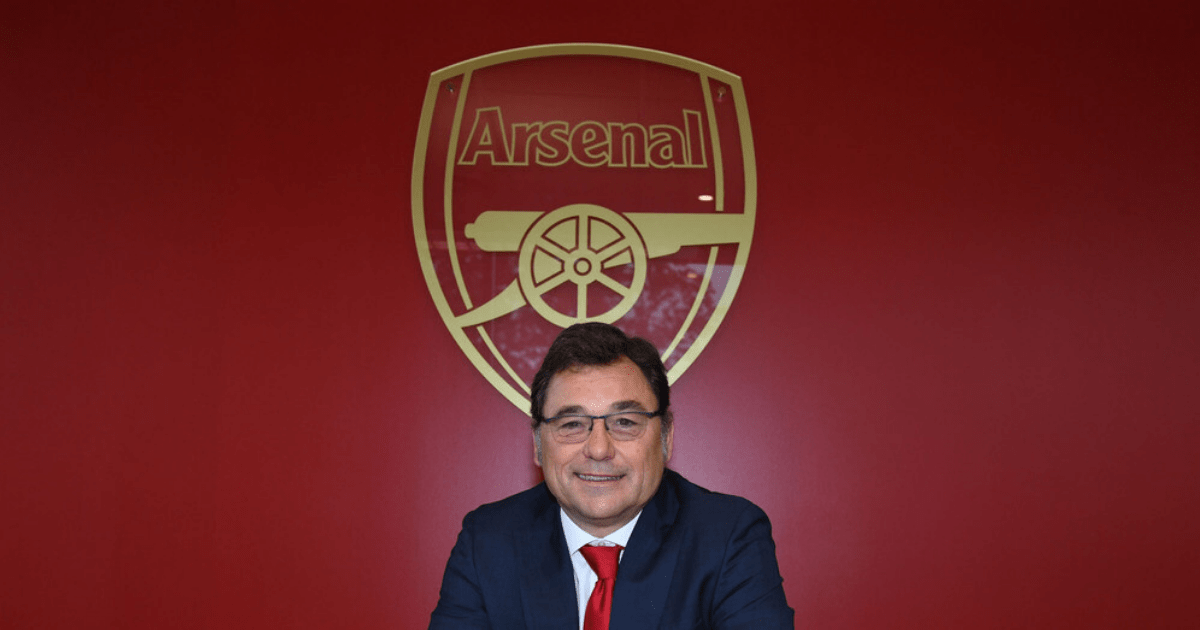 FORMER Arsenal chief Raul Sanllehi has opened up on his struggles working at Arsenal during the coronavirus pandemic.

The former head of football, 56, also admitted that he doesn’t hold it against owners – The Kroenkes.

The pandemic saw Sanllehi lay off 55 members of staff at Arsenal, before being axed himself.

Sanllehi, who is now director at Spanish second division side Real Zaragoza, told The Athletic about how “everything fell apart” for him in London.

He said: “I loved it at Arsenal. You cannot imagine — the people in the club, the history of the club.

“I really felt I was at the top of the world there. I love the owners, the Kroenkes. But the last 10 months there were horrible. I had to lay off 55 people, without knowing I was the 56th.”

“I don’t feel betrayed by the Kroenkes.

“The Kroenkes had the LA Rams, Denver Nuggets, Colorado Rapids, and all of a sudden, all those teams could not play [due to lockdowns during the COVID-19 pandemic].

“You still had to pay the salaries. You did not have guaranteed broadcasting revenues.

“It is funny now, but I remember in December 2019, I had dinner with the four guys: Mikel Arteta, Edu, Huss Fahmy and Per Mertesacker.

“On the toast, I said, ‘Now, it is on us. Now it is exactly the model I asked for. If it does not work, we have no excuses’.

“That team for me was a dream team at that time. Then in March, everything just fell apart. It was sad.”

Sanllehi even claimed he would have NEVER have made Arteta manager of the Gunners.

The Spaniard reckons the appointment “betrayed the model” in place at the Emirates, and Arteta should have stayed on as head coach.

After joining in December 2019, Arteta’s role changed from head coach to first-team manager the following September, shortly after Sanllehi left the club.

He added: “I do not agree when clubs call the first-team coach the manager.

“First-team coach is first-team coach, that is enough. Nowadays, the workload is overwhelming, and I need him to concentrate on the first team.

“Anything that distracts you from that is not your responsibility — travel arrangements, the pitch, salary budget, medical department.

“We will get other people to do that. The first-team coach is short-term oriented — just win tonight’s game.

“They have betrayed the model a little bit now. By going back to the manager at the top, that is a mistake, but that is their mistake.

“I would have not allowed that to happen. But that’s fine, it is working so far for them.”