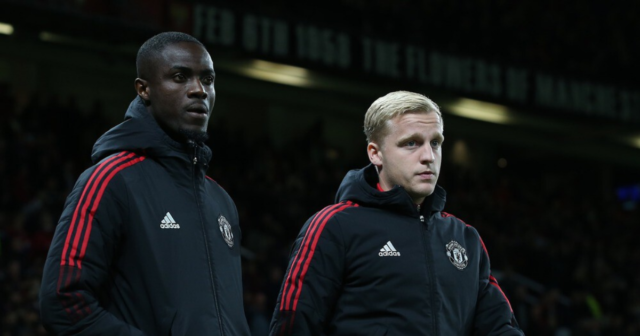 The 24-year-old has played SIX minutes of Premier League action this season – and Ince believes Ole Gunnar Solskjaer deceived the Dutchman when signing him from Ajax.

Van de Beek has been frozen out of the first team picture at Old Trafford and has just 141 minutes under his belt in all competitions this season.

Ince, 53, told The Kelly and Wrighty Show: “If I’m going to buy a player, a top player from Ajax, the first thing I’m going to say is, ‘Am I going to play? Where do you see me fitting in, within the system, within the team?’

“From what I’m seeing for the last year and a half, he’s not told Donny [van de Beek] the truth, he hasn’t had any game time. He’s got £35million sitting on the bench.

“I can hold my hands up if I’m on the bench and the team are winning and playing well.

“You can’t tell me that Fred and [Scott] McTominay are playing well week in and week out, and even [Paul] Pogba because they’re not.

“But he seems to play them all the time, and I’m sitting there watching them play, I would be livid.

“He’s been professional, he’s done everything by the book. Ole’s come out saying he’s in my plans, obviously he’s just blatantly lying, he has to move in January for the good of his career.”

And Van de Beek himself is clearly frustrated with his situation at Old Trafford.

He was spotted furiously hurling his chewing gum in the dugout after being an unused substitute in the 2-1 win against Villarreal.

The Dutch international has been linked with a January transfer to finally end his Old Trafford hell.

Rafa Benitez’s Everton are reportedly lining up another move for the midfielder after failing to sign him in August.

Struggling Barcelona are also said to be considering a January swoop for Van de Beek.

A move to Camp Nou would see him link up with fellow Dutchman and former Ajax team-mate Frenkie de Jong in Ronald Koeman’s midfield.

Italian sides Juventus and Inter Milan are two other possible destinations – as is a return to Ajax.

Did you miss our previous article…
https://www.sportingexcitement.com/football/premier-league/neymar-and-steven-gerrard-both-in-incredible-chelsea-xi-almost-signed-by-the-blues-before-transfers-fell-through