If the government is letting cinemas have socially distanced audiences, then why not football stadiums?
Advertisement 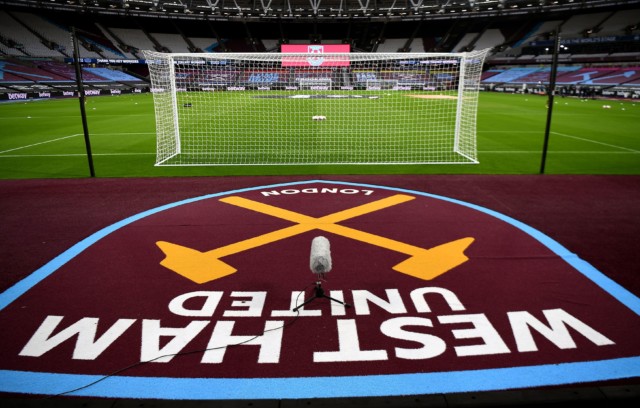 HAD you bet a tenner on Man United losing 6-1 at home to Spurs plus Liverpool losing 7-2 at Villa Park, I guess  you’d have been close to making millions.

Add in my West Ham team’s much deserved and magnificent 3-0 win at Leicester and you’d have been able to park your big yacht next to Roman Abramovich’s.

But no one did. Or at least he or she is staying shtum about it.

Never in the history of the modern game has there been two results quite like them on the same day and the simple question has to be… why?

I’ve read a number of explanations already. The obvious, and no doubt the closest, is that the defending was not what the defeated managers would have wished for, while the winners’ forward play was dazzling.

I do wonder, though, whether the delayed season has put players slightly out of sync.

Blaming the Prime Minister or the Health Secretary for this would be convenient — but in this case Boris Johnson and Matt Hancock are as innocent as Boris’ dog.

The season began a month late and I suspect Manchester City, who started nine days after most clubs, were undercooked when they lost 5-2 at home to Leicester.

Liverpool’s 4-3 win  at home to Leeds, already one of the most exciting promoted clubs for some while, also set the scene.

And how many paying supporters watched all this vivid action in real life?  Absolutely none. How ridiculous is that? 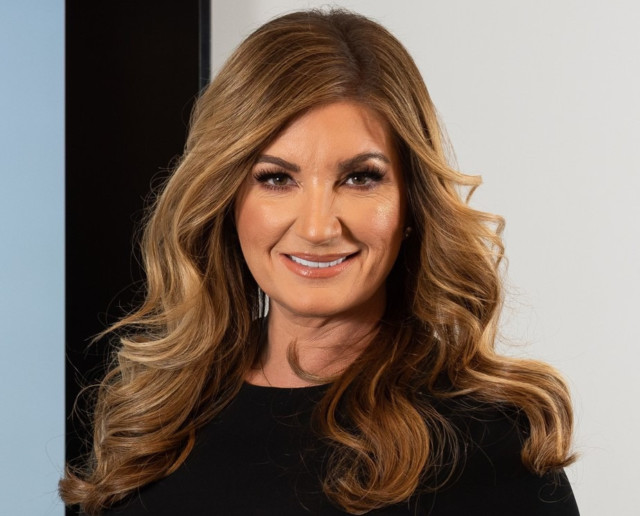 Take one club, Aston Villa. Their fans had  waited decades for a victory of this substance.

Brummies were thunderstruck after 90 minutes that will re-energise their  support across the West Midlands and even in Kensington Palace, where Prince William must have been dancing in the dining room.

He and his wife Kate were so thrilled they emailed congrats.

For all that Liverpool suffered their biggest defeat in more than half a century, their lynchpin defender Virgil van Dijk said a crowd “lifts our performances at home but when you play away and the home fans turn against you, I like that. It gives you that motivation sometimes to do better.

“It’s something I definitely enjoy and that I miss.”

So never mind the missing millions in receipts, there’s some missing adrenalin, too.

But why have empty stands led to full nets? In the first 38 games since the new Premier League season started, there have been 144 goals, one-a-game more than last season.

Fans are missing a bonanza and while all of us are aware of the  reasoning behind the Government’s position, the logic behind our locked turnstiles is distinctly wonky. 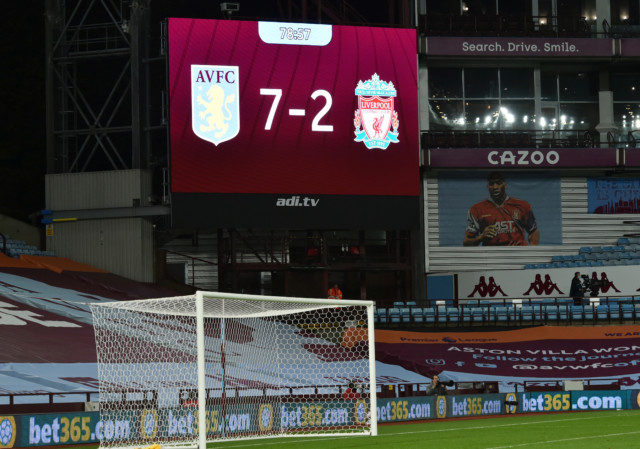 If cinemas are allowed to socially distance audiences, why not football or, for that matter, rugby clubs?

It would be perfectly possible, as an example, to separate people in a portion of one spectator to four seats. At the London Stadium this would limit the attendance to about 15,000.

Any range of further measures are available — plastic partitions, masks, temperature tests, sanitisers, stewarded queues, alcohol bans — and when these are proven to work, plans for an increase in the maximum examined by the authorities.

At smaller grounds, it should be possible to set the bar lower,  perhaps at 1-3 or 1-2.

If the Government allowed the same percentage capacity as they have granted the 02 and the Royal Albert Hall there would be no need for a bailout of League One and Two as this amount of gate revenue would be enough to save them. And for those demanding  the PL bail them out… we already do!

And not to forget the £190m PL clubs spent on buying players from the EFL so far in this window.

Also, is there any logic in allowing indoor venues to have crowds but football stadiums not to? If there is, no one has explained it to me or to anyone else in football.

Which is why the PL, WSL and the EFL wrote an open letter to the Government to urge them to allow us to return fans safely to stadiums.

Boris says we must save the  economy. Well, here we are — willing and able to help with the greatest save he’ll ever make.

Did you miss our previous article…
https://www.sportingexcitement.com/football/premier-league/jack-grealish-out-to-emulate-gazza-and-wayne-rooney-by-becoming-englands-maverick-main-man