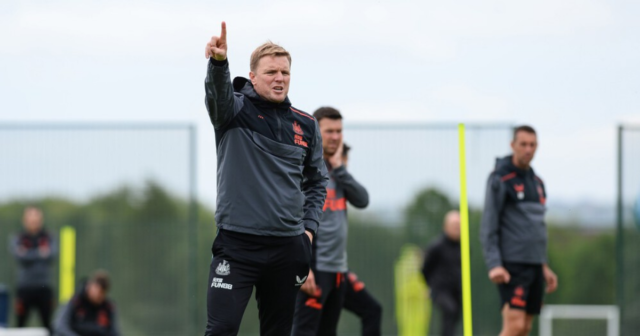 EDDIE HOWE fears a “tragedy” could soon occur unless ugly pitch invasions are stopped – with the Toon boss worried about another one at Burnley on Sunday.

Howe knows there is the potential for Burnley fans to flood onto the pitch if they stay up on the final day of the season at the expense of Leeds.

Crystal Palace boss Patrick Vieira kicked an Everton fan on Thursday night after he was abused by a supporter on the pitch.

The ugly scenes at Goodison were the latest in a series of incidents, with Sheffield United’s Billy Sharp head-butted by a crazed Nottingham Forest supporter on Tuesday.

The dugouts at Turf Moor are on the other side of the pitch from the tunnel.

And Newcastle boss Howe, who managed Burnley a decade ago, said: “The logistics of the stadium unfortunately mean you don’t have a quick exit from my perspective as the manager and the coaching staff. 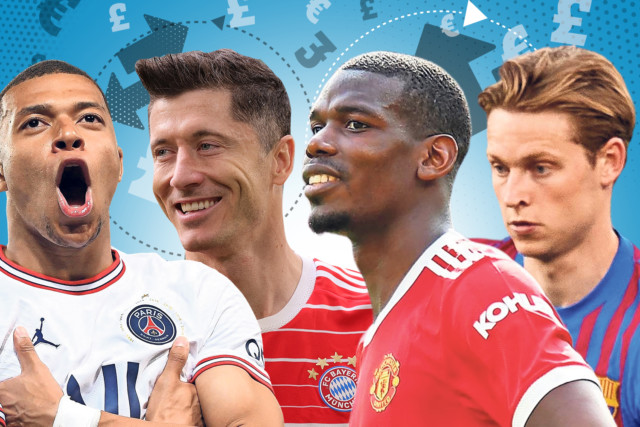 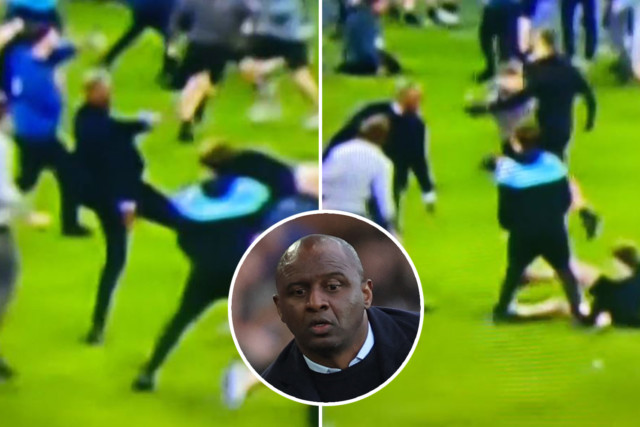 “I obviously know the stadium well so that is a concern.

“I’m concerned for the safety of everyone connected with both teams.

“We are going into dangerous territory where something could happen in a game that has terrible consequences.

“We have to act very quickly because we want to avert a potential tragedy.”

Howe said they are yet to finalise security plans for Sunday to ensure the safety of his coaching staff and players.

On Vieira lashing out at the abusive Everton fan, he added: “I thought it was a concerning moment for everyone connected to football.

“You’ve got a manager, a Premier League manager, surrounded by supporters of another team, a very dangerous moment potentially.

“You can’t condone the reaction (from Vieira). That’s difficult for me to do and I’m not condoning that but I think he’s put in a very, very difficult situation.

“We have to act now to avert a potential disaster because no-one would want to see that. 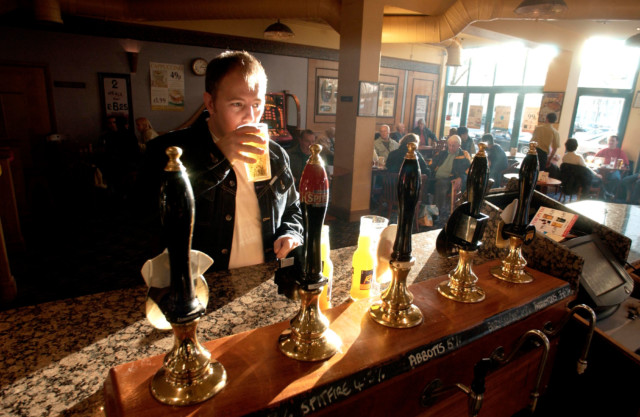 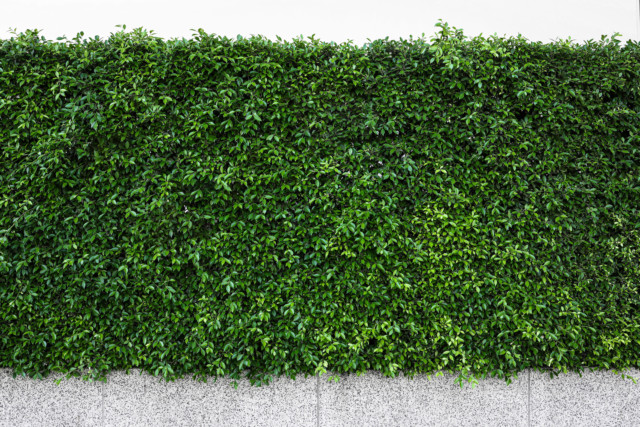 “I hope things are put in place so we can guarantee the safety of not just me but my players.

“It’s the responsibility of the club and police and stewards to create a safe environment for everyone.”

Did you miss our previous article…
https://www.sportingexcitement.com/football/premier-league/humble-ngolo-kante-constantly-ignores-chelsea-stars-when-they-urge-him-to-upgrade-10k-mini-cooper/

Advertisement. Scroll to continue reading.
In this article:onsunday, thefinalday, thepotential