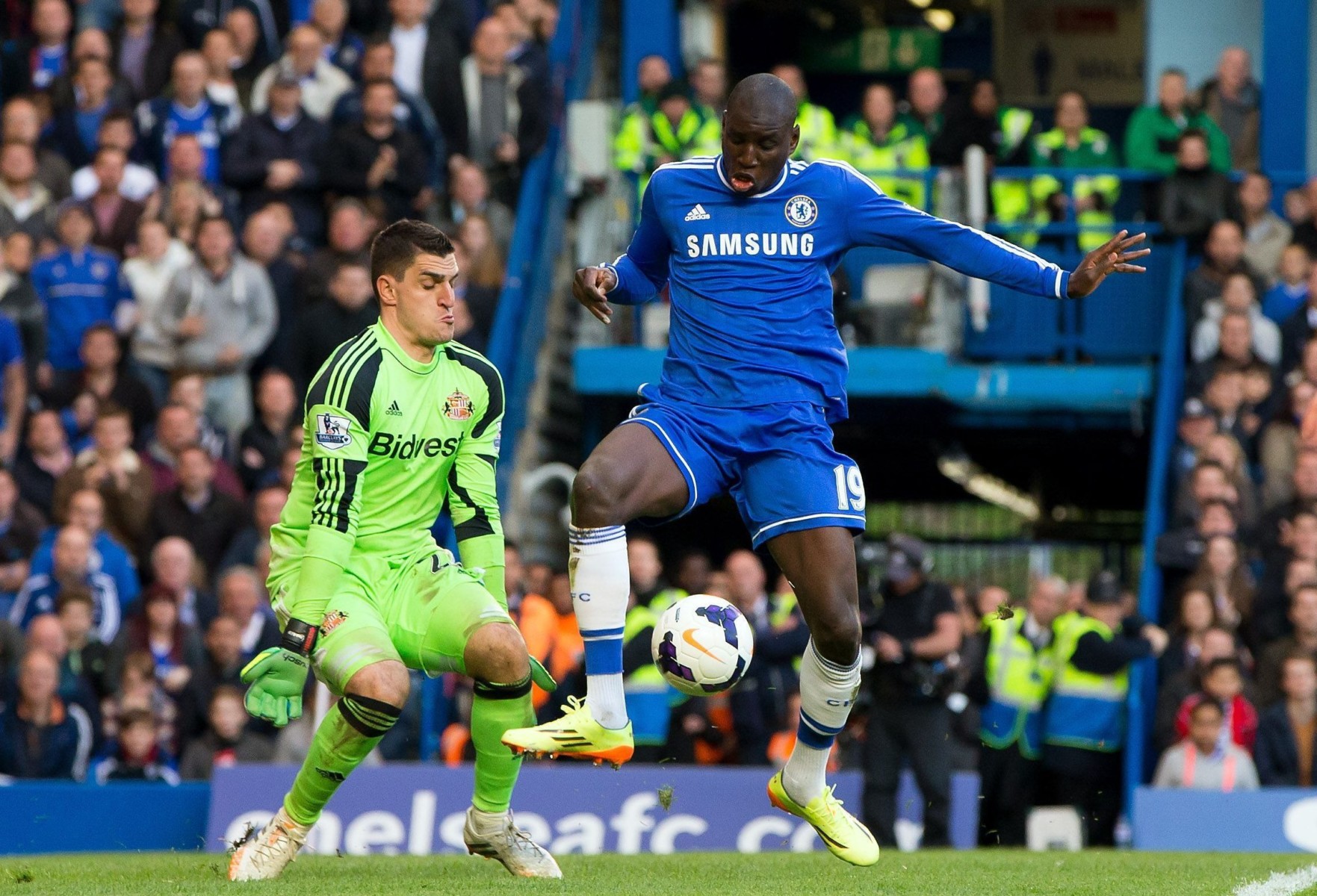 AFTER 61 wins and 16 draws, few predicted Jose Mourinho to lose his first Premier League home game to the division’s bottom side.

But on this day in 2014, Gus Poyet’s Sunderland rocked up at Stamford Bridge to snatch all three points.

Mannone played the 90 minutes as Mourinho’s Blues were downed

It ended a famous run which stretched across two spells and dated back to 2004 as the Black Cats joined an elite list alongside Beira-Mar in 2002 and Sporting Gijon in 2009 to inflict a home league defeat on a Mourinho side.

Samuel Eto’o struck with an early volley to put the Blues in front before Connor Wickham levelled it up and Fabio Borini slotted in a late penalty to secure the victory after Cesar Azpilicueta dived in on Jozy Altidore.

And it brings back plenty of sweet memories for Vito Mannone, who was in superb form between the sticks that famous Saturday evening.

He told SunSport: “Beating Chelsea away at Stamford Bridge, I remember it like it was yesterday!

“It was special beating the Special One! He is a legend at the club.

“Mourinho was and is one of the best coaches in the Prem, he made history. He always gave us compliments and said it was difficult to play against us.

“As a small club to go there, beat a top club and break the record is something to be proud of.

“It felt like more than a win in a relegation battle, it felt like a trophy for us.

“That Chelsea team was full of players who made history in the club and a very strong team that won basically everything in those years.”

The result had major ramifications at both ends of the table.

For Mourinho, he would have to wait another year before securing his third Premier League title, finishing third, four points behind champions Manchester City.

But for Sunderland, it instigated one of the greatest escapes.

They thumped Ole Gunnar Solskjaer’s Cardiff in their next game then beat Manchester United and West Brom before a defeat to Swansea meant they finished 14th.

Mannone, 32, added: “Nobody believed in us. Everybody was saying we were down already so to make a statement at Stamford Bridge and from there, go on and stay up was amazing.

“It was incredible. It was the turning point, a spring. We gained the result and gained a boost to finish an amazing job. We felt unbeatable after that. We did a miracle in avoiding relegation.

“We went and won 1-0 at Old Trafford then beat Cardiff 4-0 to send them down to save ourselves.

“It was a spell where we gained confidence. We got to the Capital One Cup final, we were leading against Manchester City for an hour and were beaten by two amazing goals.

“We were really, really down after losing the final and needed to peak again. With six games to go, we were seven points adrift. It is one of the best survivals, one of the greatest escapes. We did something special.

“We recovered from the final and knew we could beat the big teams. We beat Chelsea in the quarter-finals, we almost beat Manchester City and four days later we went to Stamford Bridge with no fear.

“The same year we beat Man City at home then we went away and drew, the cup gave us confidence.

“If you’ve done it before, why not do it again? You go there with the mentality to make history. 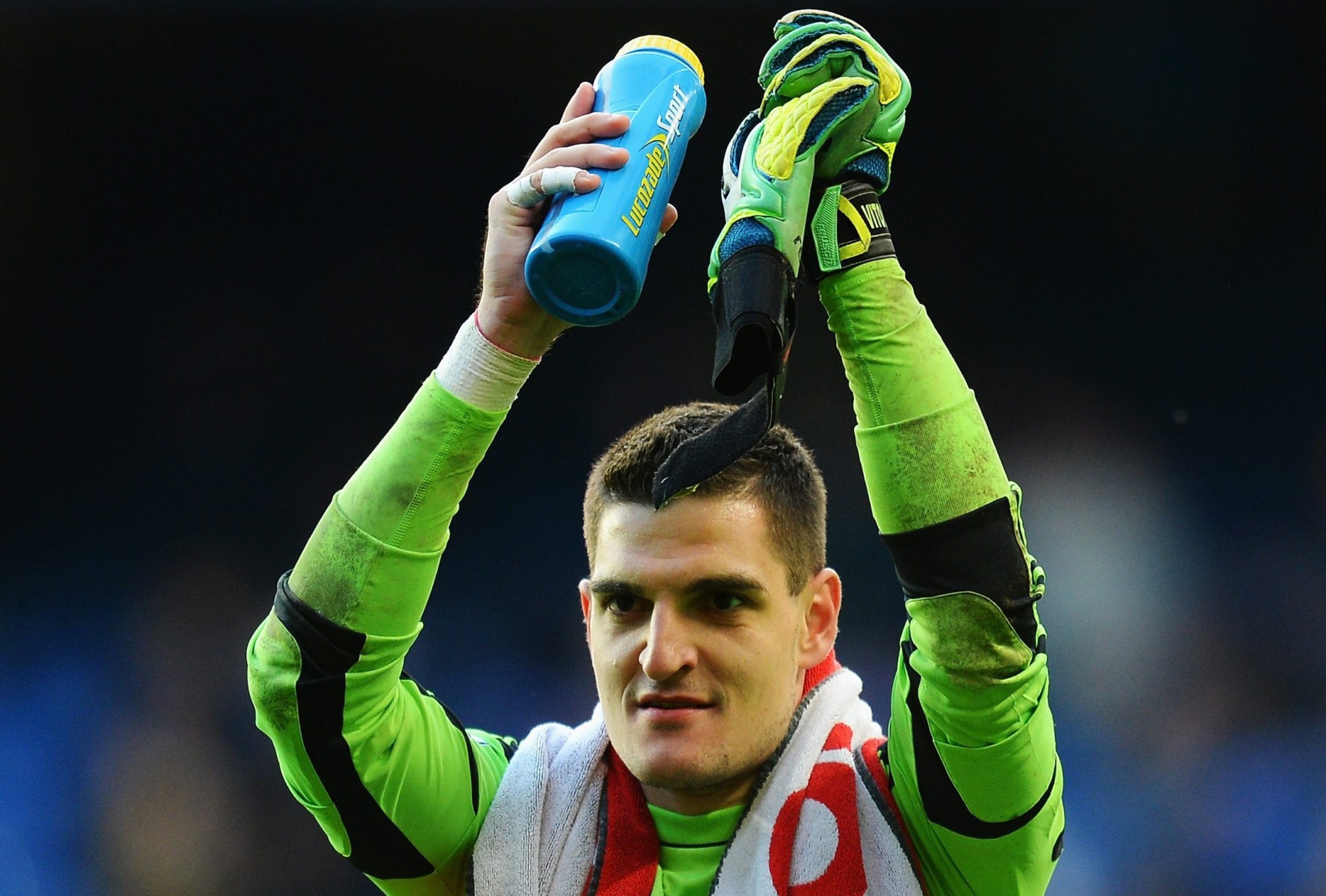 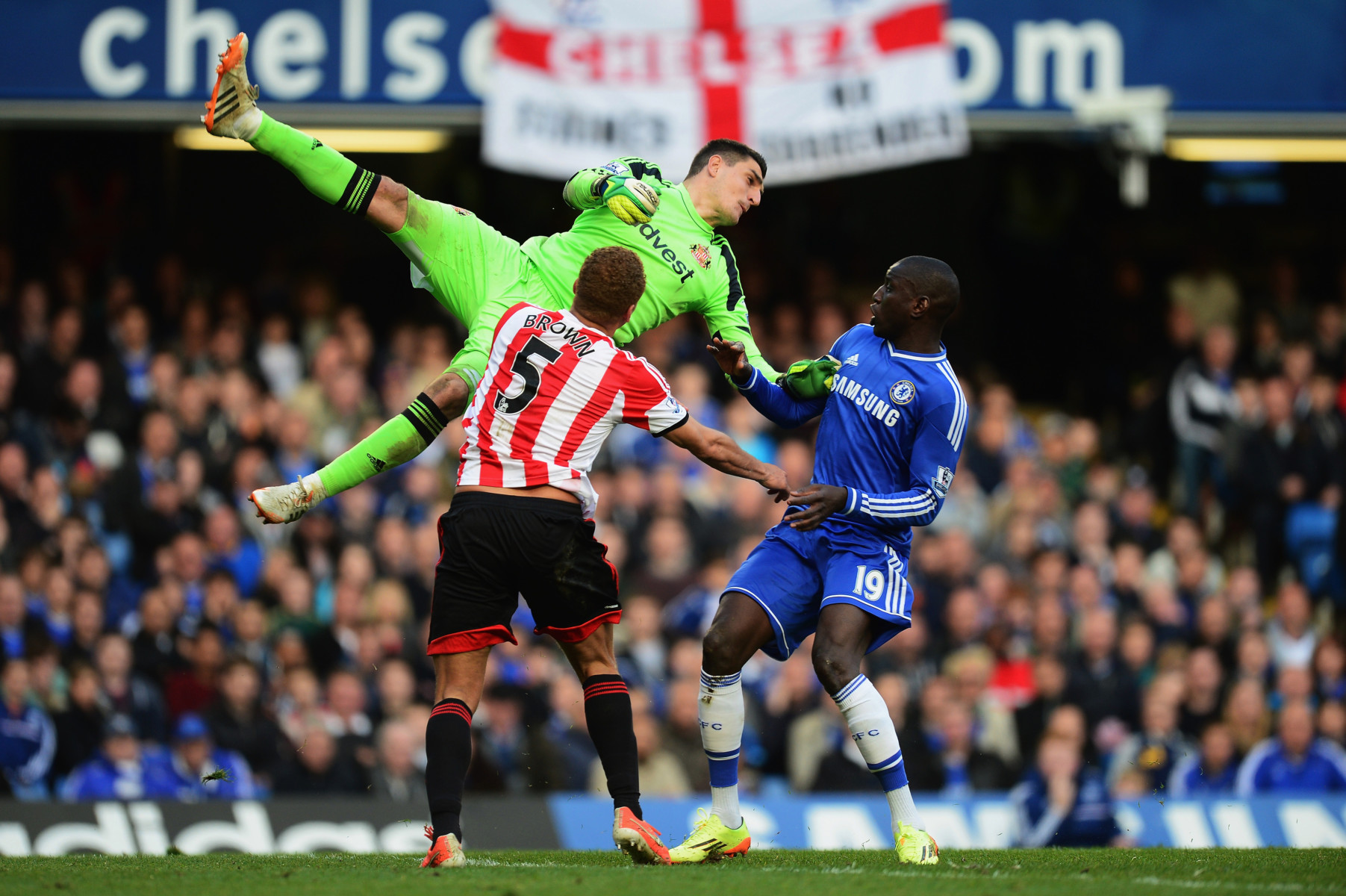 “When you have a challenge in front of you, it is always fantastic to go over the hurdle and achieve something special.”

But as well as the massive result for the team, the win over Chelsea is a special one personally for Mannone.

He made a staggering 14 saves to match Tim Krul’s Premier League record set earlier in the season against Spurs.

That included the ex-Arsenal stopper making a double-save to thwart Nemanja Matic and Mohamed Salah in the first-half, doing well to deny Branislav Ivanovic and flying across goal to tip over Andre Schurrle’s long-range strike.

David De Gea is the only goalkeeper to match that haul since, at Arsenal in December 2017, although Mannone almost had the record with 13 against Liverpool 11 months earlier.

The Italian, currently stuck in Denmark where he is on loan from Reading with Esbjerg, said: “I’m still holding on to that record. I’m quite proud of it. Nobody can cancel the records! You can’t cancel what is written.

“It is great to remember it after all those years. It is fantastic that it is still there. De Gea went really close at Arsenal!

“Personally, I want to break that record. I went close last year in MLS but it is not the same.

“It is a very difficult record to beat. First you need to get a game where you get peppered! Second, you need to make a good performance and be important for your team.”

Mannone left for Reading on a three-year deal but spent 2019 on loan with Minnesota United where he was named MLS Goalkeeper of the Year.