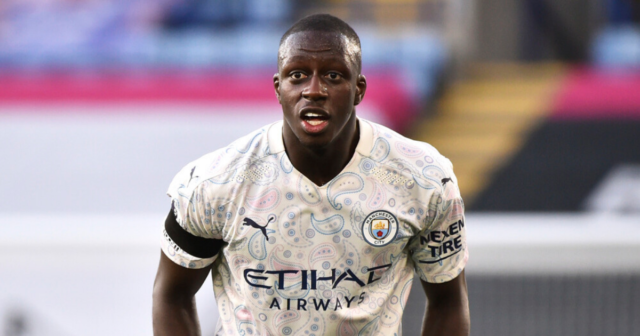 THE PRISON where Manchester City footballer Benjamin Mendy is being held is plagued with a “tangled web of gangs” with 29 inmate attacks a MONTH.

Mendy, 27, has been on remand in Liverpool’s HMP Altcourse since October as he faces a total of six counts of rape and one of sexual assault.

It’s now been revealed that there were nearly 340 inmate assaults in the last year – despite prisoners being locked up for the majority of the day during the pandemic.

The prison, where the footballer is being held, is riddled with warring “gangs” who have spent much of their limited out-of-cell time in the last year assaulting each other.

Mendy’s fellow inmates also attack one another with makeshift weapons – including razor blades concealed inside toothbrushes.

The £52million international footballer was arrested at his home in August following allegations of sexual abuse.

But the Man City defender was remanded in custody and wasn’t allowed to return to his £5million mansion in Cheshire as the multiple rape charges came to light.

He was transported from court to the Category B prison on October 1 – and will stay there until his trial next year after three of his bail pleas were rejected.

The footballer was put on the VP wing for vulnerable prisoners – but it was reported that he first misunderstood and thought he was going to a “VIP wing.”

One prison officer is forced to spend “considerable time” unpicking the tangled web of gangs within the prison walls at Altcourse, SE can reveal.

And 53 attacks resulted in police referrals for prosecution, with one prisoner receiving an additional 10 months on their sentence for melting a razor blade into a toothbrush.

This averages out to 29 assaults per month – which is nearly one attack a day.

The annual report by the Independent Monitoring Board revealed: “The prison’s local and urban catchment area has led to more conflict which takes place in the community moving inside the walls.

“To this end one officer spends considerable time trying to unpick the tangled web of Liverpool gangs.

“During the reporting period the average prison population was 1113 with the number of assaults averaging 29 per month which represents slightly over 2 per cent.

The report added: “Of the total number of 338 assaults throughout this year, there were 35 incidents of weapon use and 53 police referrals for prosecution.”

And the prison also reported having a substance misuse problem – with the volume of illicit drugs being smuggled into Altcourse staying constant, despite no social visits and limited access to exercise yards.

But HMP Altcourse also hasn’t been drug testing inmates during the pandemic – admitting that the amount of time prisoners spent in their cells may have “hidden” the problem.

And with an increase in foreign national “high risk” prisoners, the prison’s English language education course is now “heavily oversubscribed.”

Despite the attacks between inmates “remaining steady” this year, the report admitted the numbers perhaps weren’t higher because “prisoners are locked up for most of the day.”

The France international player has been accused of attacking four women – all over 16 – between October 2020 and August 2021.

And today he was charged with two more rapes – on top of the four he was already facing.

He is yet to enter pleas to the charges.

The footballer will appear at Stockport Magistrates’ Court on November 17 – and is scheduled to go on trial on January 24, 2022.

Mendy was arrested after a 17-year-old girl alleged she had been sexually abused at his £5million Cheshire mansion this August.

He was also accused of raping a woman last October, as well as a sexual assault in January.

Mendy was initially charged with four counts of rape and one sexual assault.

He is now missing from the club’s official online shop, with fans unable to buy shirts with his name and number on the back.

It is not even possible to search for “Mendy” in the search bar, nor can users browse Mendy products under the “shop by player” option.

He does, however, remain on the squad list with a full bio detailing his career. 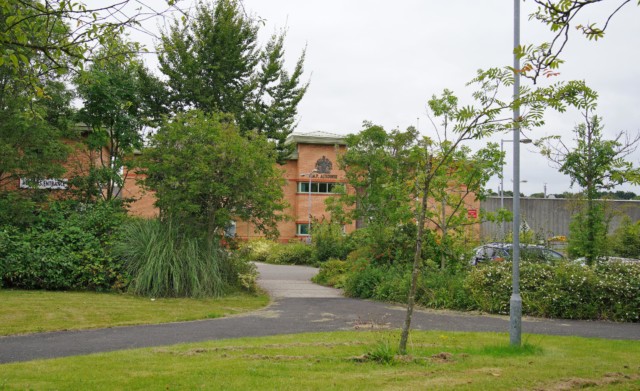 Mendy has been refused bail three times and is now being held in the Liverpool prison
Advertisement. Scroll to continue reading.

Did you miss our previous article…
https://www.sportingexcitement.com/football/premier-league/patrice-evra-confirms-ex-man-utd-star-ji-sung-park-is-his-sons-godfather-and-reveals-why-they-became-best-pals