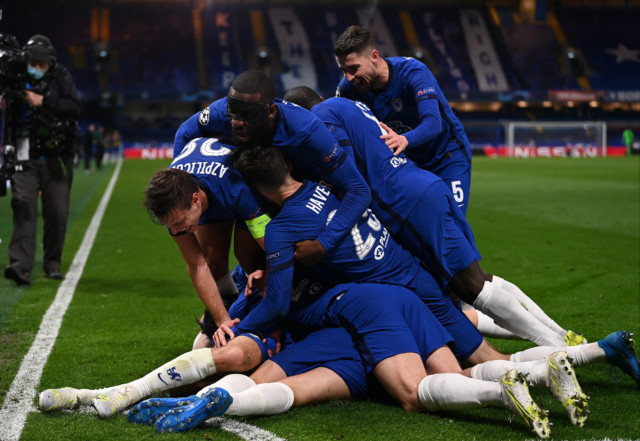 CHELSEA players celebrated into the night after booking their place in the Champions League final by beating Real Madrid 2-0 at Stamford Bridge.

Having drawn the away leg 1-1, the Blues took the lead after Timo Werner nodded home into an open goal from one yard in the first-half. 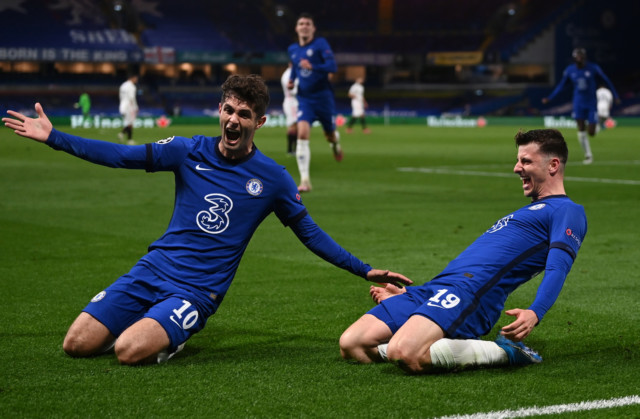 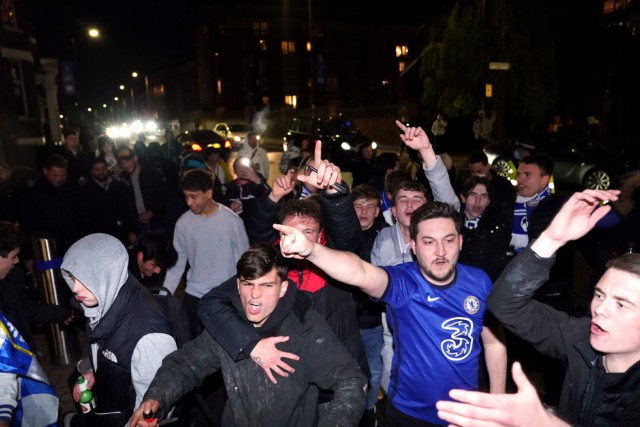 Edouard Mendy made a string of sublime saves as Thomas Tuchel’s men were almost made to pay for their wastefulness in front of goal.

But Mason Mount killed off the tie with a late goal to set up an all-English Champions League final with Manchester City.

After the game, Chelsea captain Cesar Azpilicueta lauded the battling Blues for booking their spot in the final – chasing a first Champions League title in nine years.

Azpilicueta said: “We have a fantastic squad, everybody pushes hard in training, to be together, to fight for everyone and to help each other.

“This is massive and we have created a strong group. We have plenty of things to fight for.

“We believe in ourselves, we know we have to work hard but we are ready for it.” 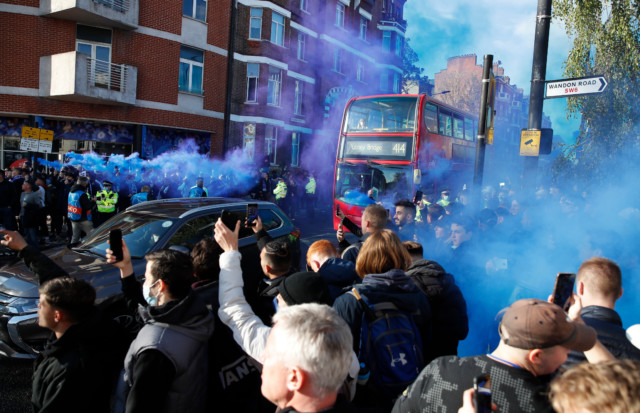 Chelsea fans lined the streets with flares ahead of kick-off

“We should’ve probably had about five…

To get that one late on, you can see by the celebrations, it was a massive goal for us and gave us breathing space in the last five minutes.

“We gave everything and we had that desire to win first half.

“We haven’t won anything yet. Hopefully we’ve got two massive cup finals and hopefully we can win.”

And after celebrating on the pitch, Chelsea’s heroes retired to the dressing room to carry on the party.

Defender Antonio Rudiger tweeted a picture from the dressing room which read: “WE DID IT. Off to the final!!! #whatateam #Hustle #AlwaysBelieve”.

Mateo Kovacic shared the same snap with the caption: “Istanbul next!”

Callum Hudson-Odoi shared a group picture with the message: “FINALSS HERE WE COMEEEE!!!”

Chelsea legend Didier Drogba even got in on the celebrations, tweeting: “Let’s goooooooooooooo. We are going to Istanbul my People.”