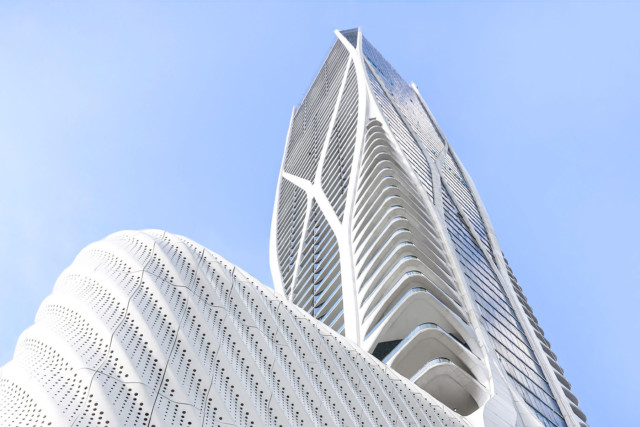 And now he’ll be able to stay there in comfort and style after purchasing a luxury apartment in the city’s One Thousand Museum building. 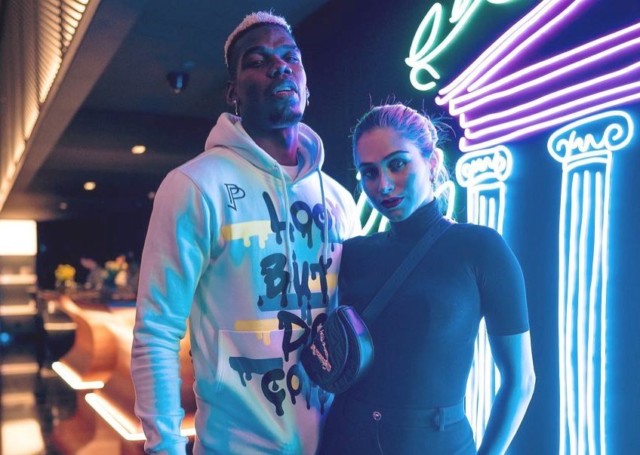 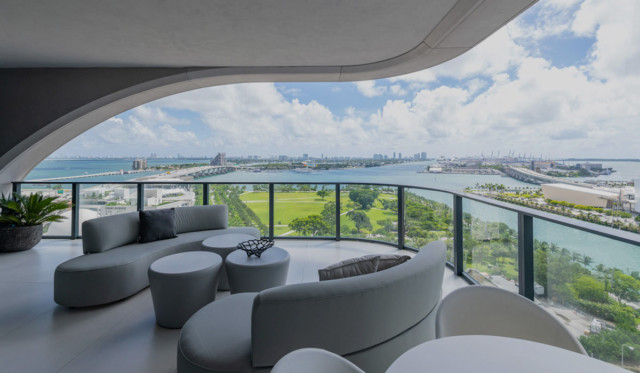 The terrace will provide Pogba a glorious view of downtown Miami 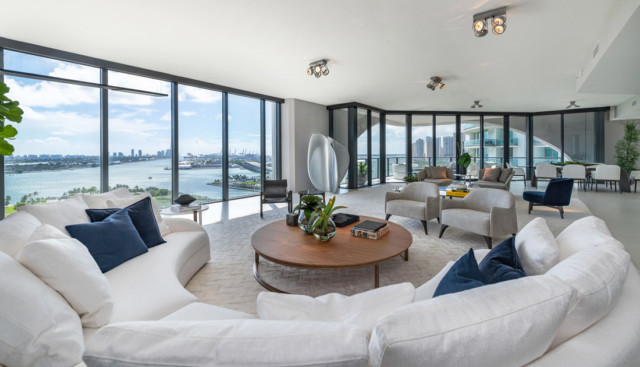 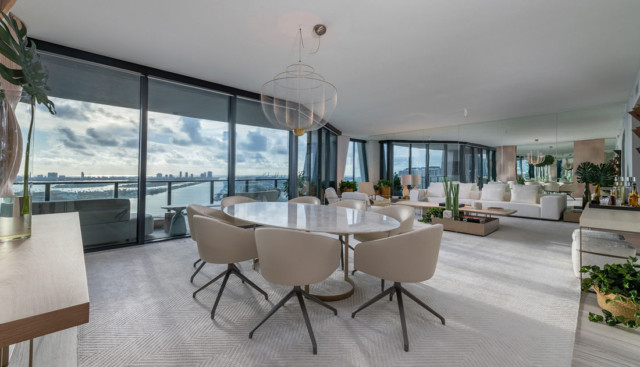 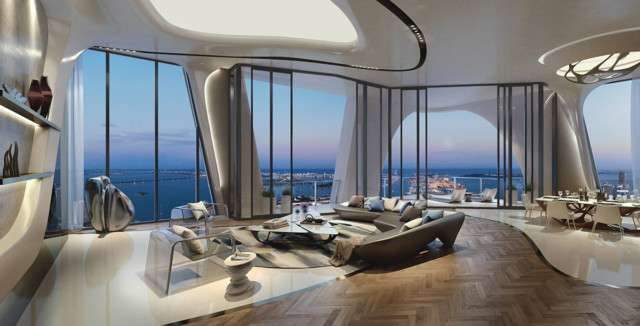 The open plan design is homely and comforting

Designed by the celebrated late British architect Zaha Hadid, One Thousand Museum has become one of the most stylish and desirable living spots in Miami – with a number of superstars having moved in since it opened in 2019.

And among Pogba’s new neighbours will be none other than Red Devils and England legend David Beckham – who famously spends a lot of time in the city running new MLS franchise Inter Miami.

Hadid was well-known for her daring, dynamic designs – and has clearly created another masterpiece in downtown Miami.

The Pritzker Award-winning architect, who passed away in 2016, was known for her use of curves – with that trademark visible on the exterior of Pogba’s new pad.

And the interior is even better, with clean, modern, tasteful furnishing a key feature of the midfielder’s new getaway digs.

The Frenchman, 27, and his wife Zulay – as well as their young son – will be even more keen to spend time stateside as they build a home for their young family.

And the trio will be able to enjoy a tremendous view over the city and the nearby Museum Park from the dynamic floor-to-ceiling windows – and the spacious terrace.

The living areas, sporting a white theme with some blue decor, is a perfect place to hang out with pals Pharrell Williams and Miami Heat superstar Jimmy Butler. 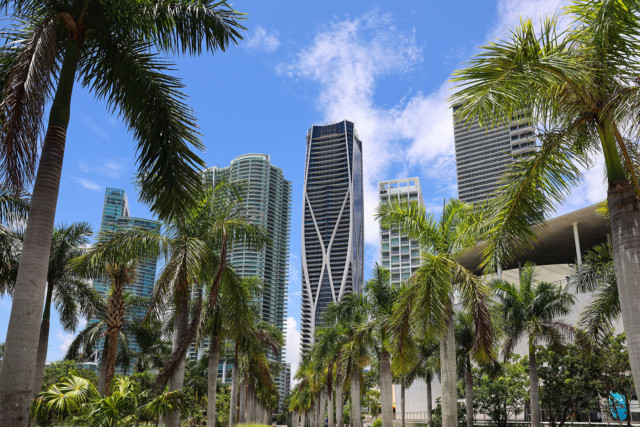 The condos are located in downtown Miami, opposite Museum Park 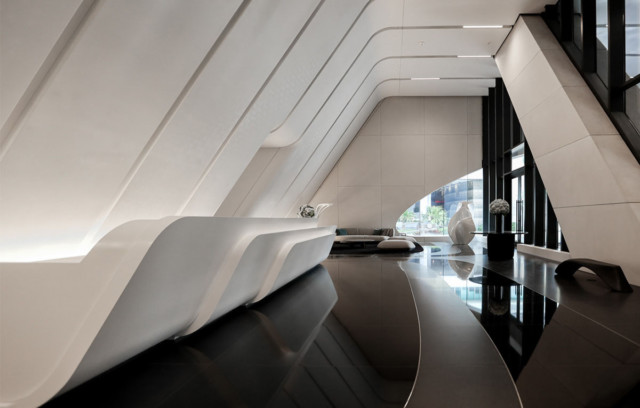 The building was designed by British Architect Zaha Hadid, well-known for her use of curves 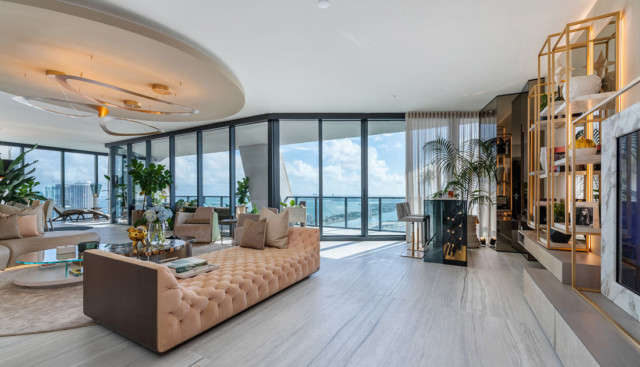 Every area is tastefully decorated 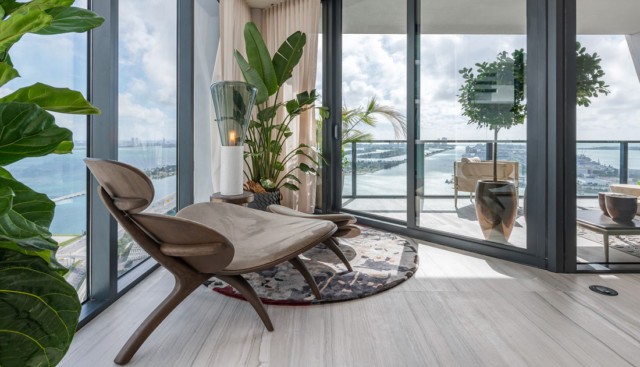 Pogba will have to remember to water his plants

And the bathrooms are equally high-class – with Pogba able to relax and enjoy the glorious view.

He will have to remember to water his plants however, with plenty of them dotted around the tastefully decorated condo.

The open floor plan and floor-to-ceiling windows instantly portray a feeling of comfort and ease.

And according to the building’s website, Pogba’s terrace will be totally unique, responding to the “sensual curves of the tower’s sculptural exoskeleton”.

The building is not short of communal treats either – and Pogba may find himself bumping into the Beckhams dining at the Sky Lounge.

He and Zulay will also be able to chill out in the spa, or even take a dip in the 61st floor pool.

They’ll be able to arrive in style on the rooftop helipad, or even make use of the building’s very own private airport when jetting in from Manchester. 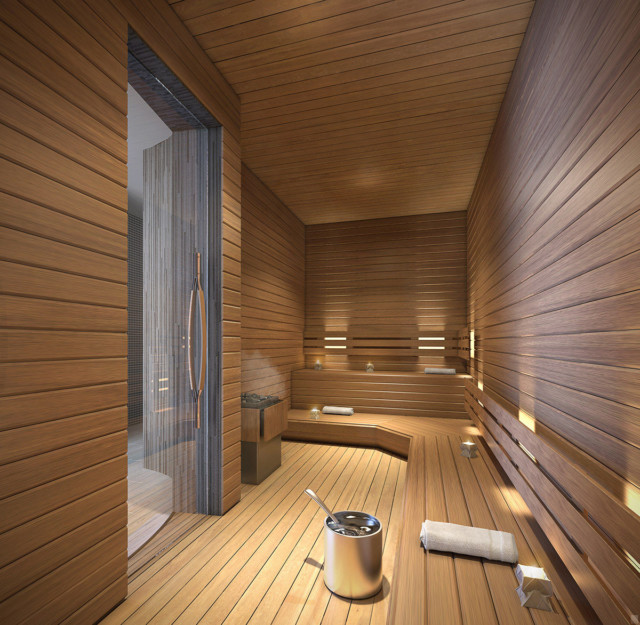 The building offers plenty of spots to relax 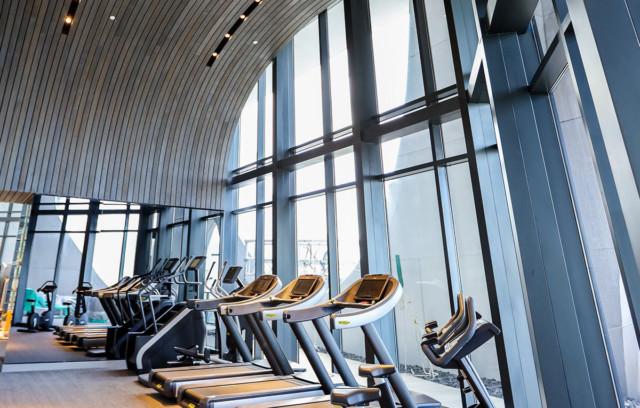 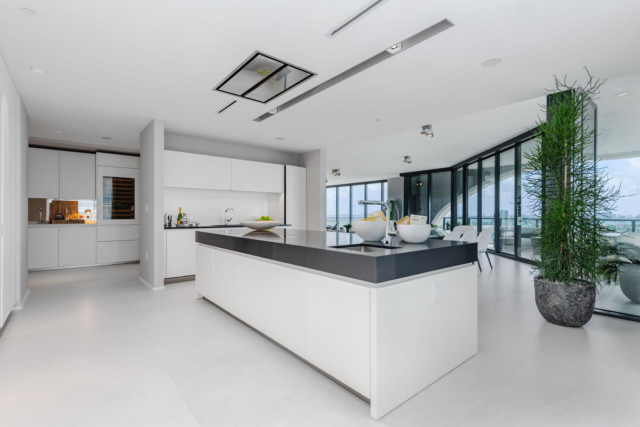 The apartments are predominantly white and open plan 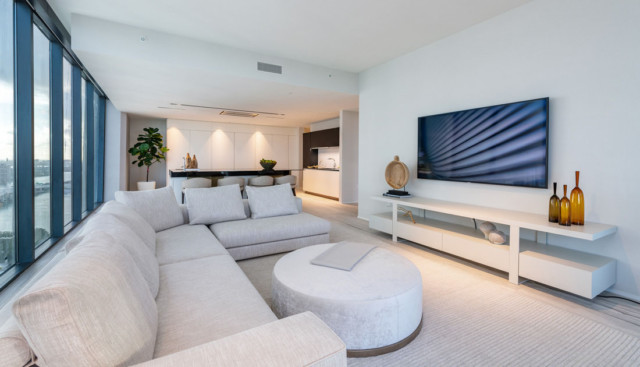 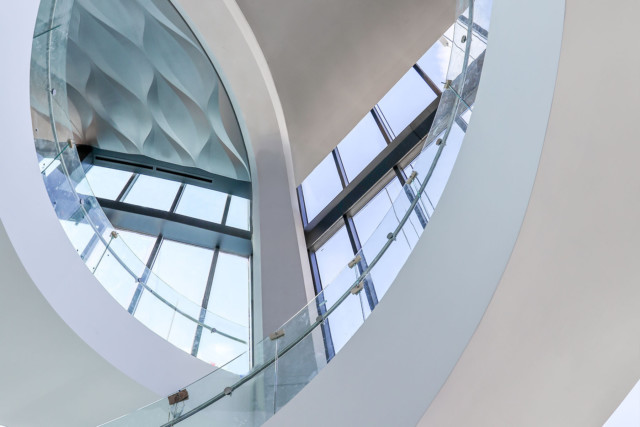 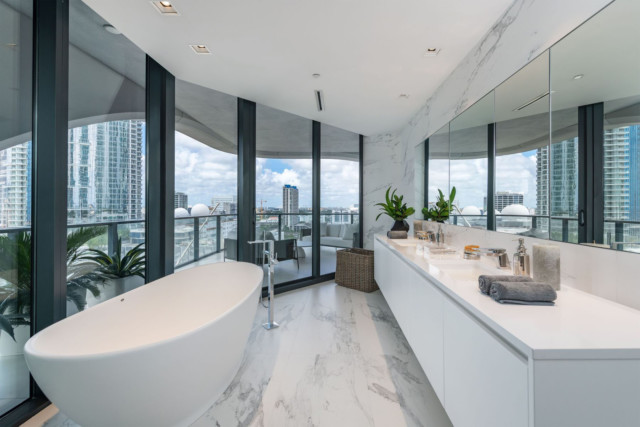 The property offers the ability to bathe with a view 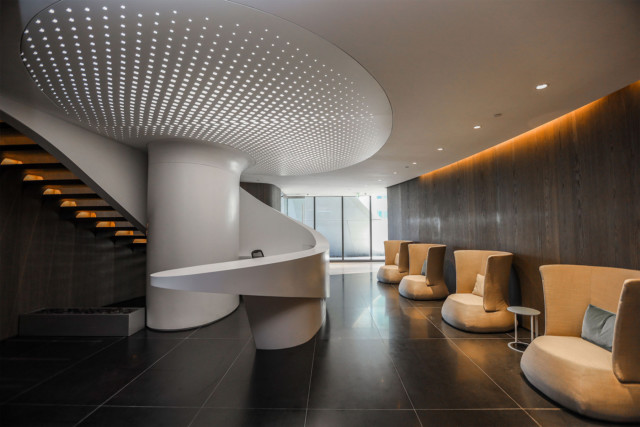 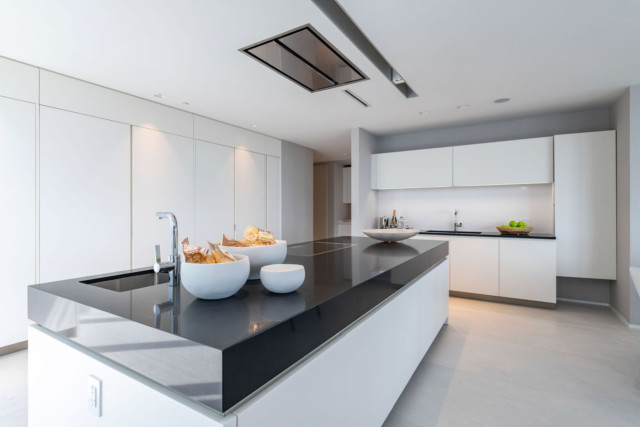 Pogba can cook up a storm in the gorgeous kitchen 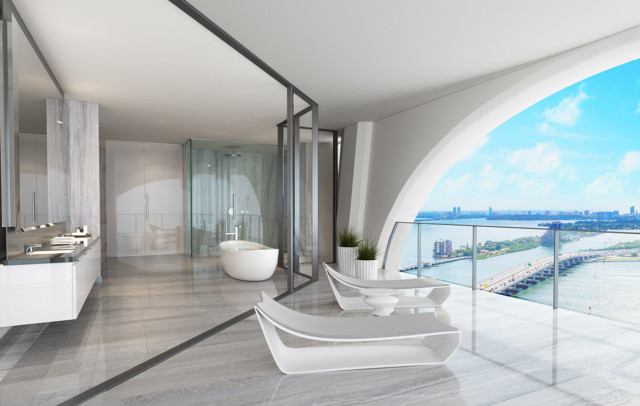 The Beckhams splashed out £20million on their One Thousand Museum apartment, and it is easy to see why.

One Thousand Museum’s development team said in a statement, as reported by Architectural Digest: “One Thousand Museum is truly like nothing else on the market, and has continued to attract high-profile clientele due to its striking design, unmatched level of safety and security, lifestyle offerings and location in Miami’s epicenter.

“We know these factors were integral to Mr Pogba’s decision, and we look forward to welcoming him and his family home.” 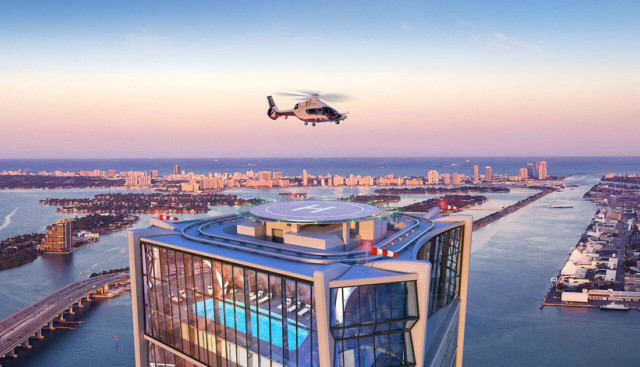 Residents can even arrive via helicopter 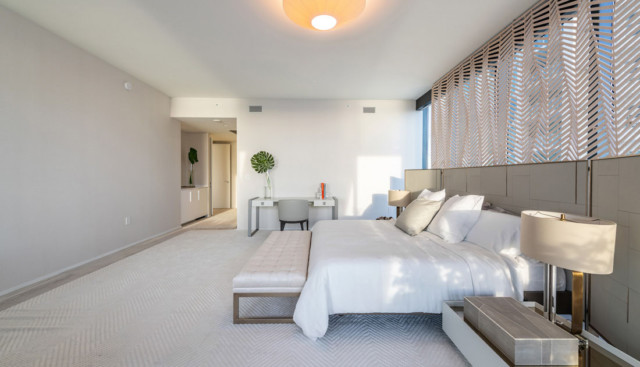 The spacious bedroom will make residents never want to leave 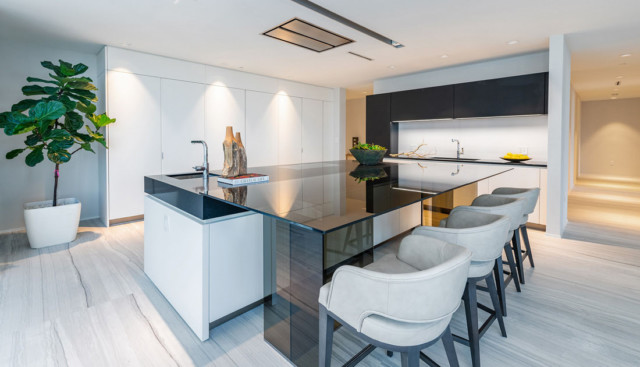 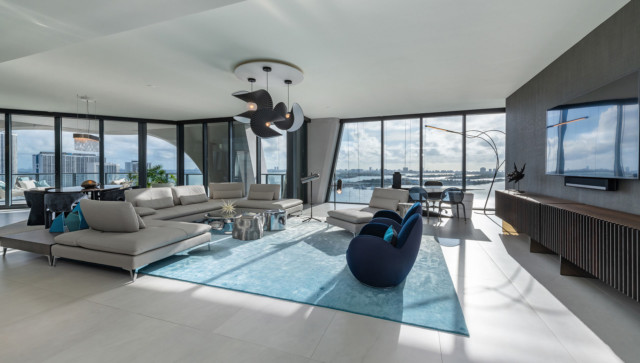 Guests will be made to feel right at home 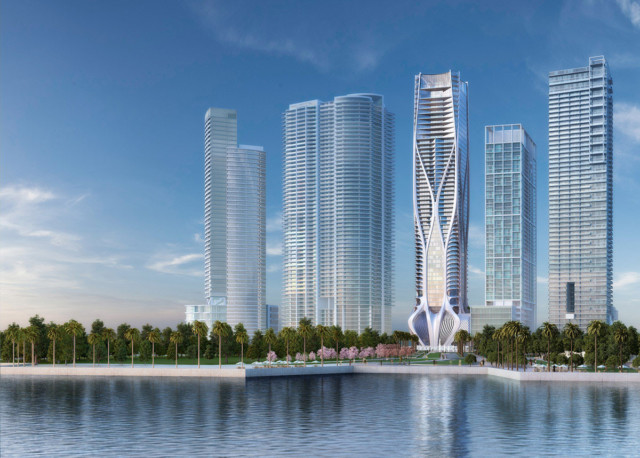