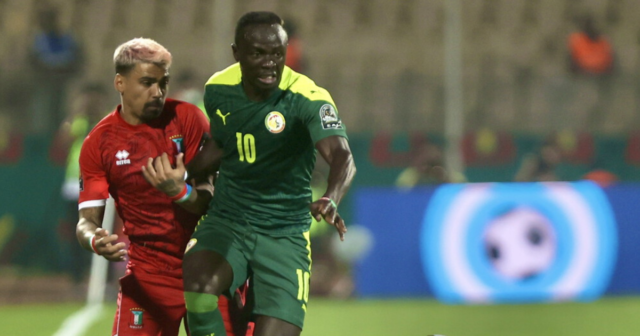 SADIO MANE’S Senegal booked their place in the semi-finals of the Africa Cup of Nations with a comfortable 3-1 win over Equatorial Guinea.

And although Mane didn’t get on the scoresheet himself, the Liverpool forward helped get the ball rolling with a glorious pass to set up Famara Diedhiou for the opener. 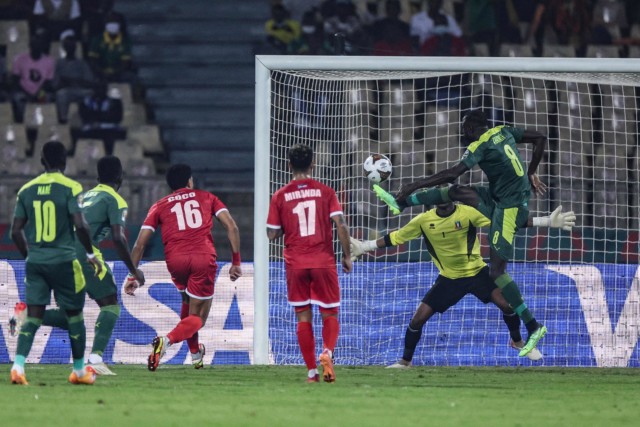 He was only given the all-clear to play against Equatorial Guinea yesterday after being hospitalised by a head injury that he picked up against Cape Verde.

Mane picked up the ball between the lines, before sliding a pass behind the Equatorial Guinea backline for Diedhiou to run on to.

And the former Bristol City man kept his cool to calmly slot past Jesus Owono with his left foot just before the half hour mark.

Underdogs Equatorial Guinea hit back in the second half though, levelling things up thanks to a precise finish from Jannick Buyla Sam.

He did well to control a ball fired into his feet from Pablo Ganet, finding the bottom corner with his second touch past the outstretched hand of Edouard Mendy on 57 minutes. 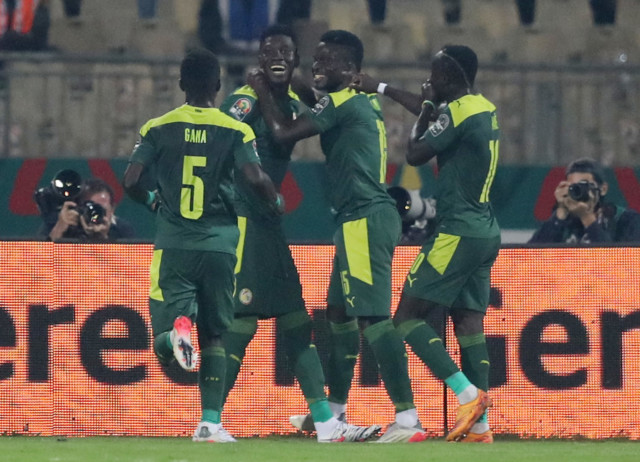 Watford winger Sarr came off the bench to score

The goal was all Equatorial Guinea’s own doing though, as a shocking defensive header fell right in the path of the substitute Kouyate, who made no mistake to hook the ball into the back of the net from close range.

And Watford winger Ismaila Sarr, also a substitute, made the game safe with 11 minutes to play.

A long diagonal ball was expertly brought down on the left by Saliou Ciss, who squared across to Sarr from the byline, leaving his team-mate with a tap-in from ten yards.

It’s the first time Senegal have scored more than two goals in the competition, as one of the pre-tournament favourites start to find form at exactly the right time.

They meet minnows Burkina Faso in Wednesday’s Afcon semi-final, and will be hot favourites to secure their place in the final, set for Sunday.

Salah netted in his country’s quarter-final victory – a 2-1 win over Morocco after extra-time.

It means the two Liverpool stars could end up going head-to-head for the trophy in Sunday’s Afcon final, in what could be a clash of the titans between two of the world’s best players. 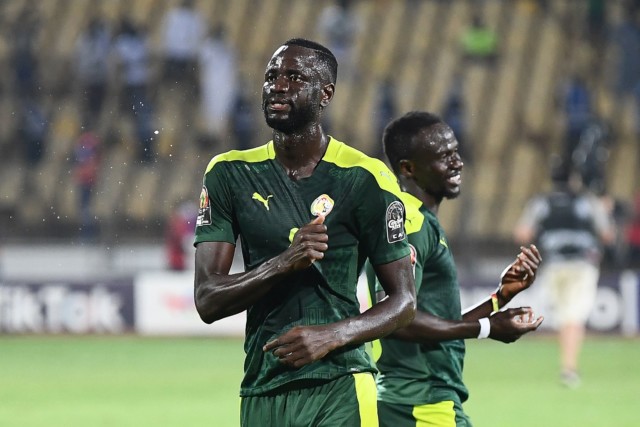