HE should have been enjoying a week of title celebrations by now.

If the coronavirus pandemic had not sent football into lockdown, Jurgen Klopp would likely have led Liverpool to their first title in 30 years with a victory over Crystal Palace last weekend.

Instead the Anfield boss found himself in sober contemplation at home, giving a 20-minute interview to his club’s website via video link.

The German conveyed the only message any leader can give right now — stay at home, stay safe and help the health professionals.

There was an elephant in Klopp’s room — the unspoken truth the Reds are desperate for the Premier League season to be played to a conclusion so they can clinch a long-awaited title that was within touching distance.

Liverpool have been in  glorious self-isolation for months, standing 25 points clear in a Premier League table currently frozen in time.

The Kop kings need just two wins from their last nine games — or to beat Manchester City — to be mathematically certain of the crown.

Klopp was too diplomatic and compassionate to speak about the likelihood of the season resuming, rather than being declared null and void.

But his message was clear: that respecting government instructions on social distancing is the best way of getting football back sooner. 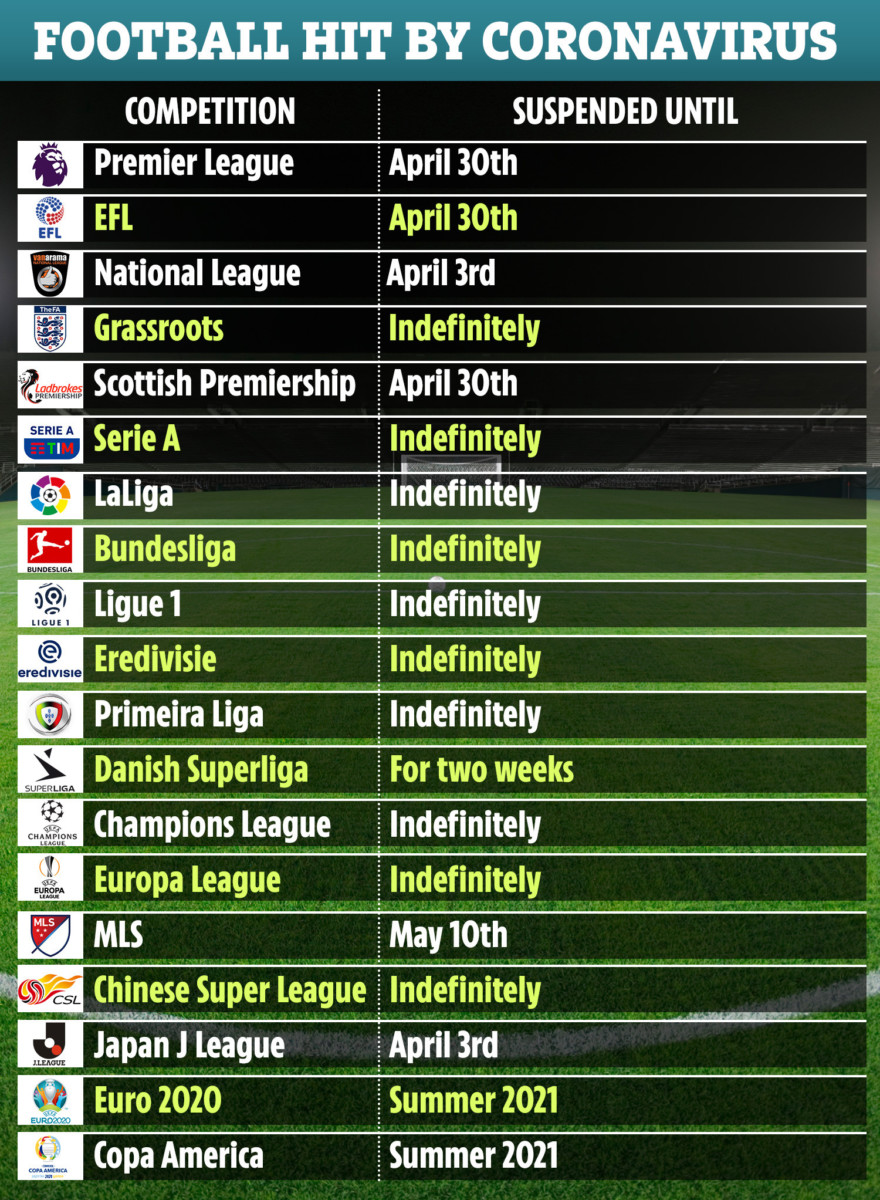 Klopp said: “We’ve said it now often enough that football is not the most important thing in the world. One  hundred per cent not. In this moment, it’s clear what is.

“But the only way to  get football back as soon as possible, if that’s what the people want, is the more  disciplined we are now the earlier we will get, piece-by-piece by piece, our life back.

“There is no other solution. We have to be disciplined by ourselves, we have to keep the distance from other people.

“We can still do some things, not a lot, but we have to just calm down a little bit with things.

“We have to give our people in the hospitals, our doctors, the chance to treat the people with serious issues with full concentration.

“There will be a moment when other smart people find a vaccine for the virus. But until then, we have to make sure we do the best possible for all the people.

“You hear now more and more it’s not only the elderly and weaker — now there are younger people involved who can die of it as well.

“Show heart and a bit of sensibility and do the right thing — stay at home as long as we have to. And then at one point we will play football again as well, 100 per cent.

“I couldn’t wish more for it because of a few really good reasons, as you can imagine. I can’t wait actually, but even I have to be disciplined and I try to be as much as I can.”

Klopp, slurping coffee at his house in Formby, says he burst into tears when he saw a video of NHS workers  singing the Kop anthem ‘You’ll Never Walk Alone’ earlier this week. 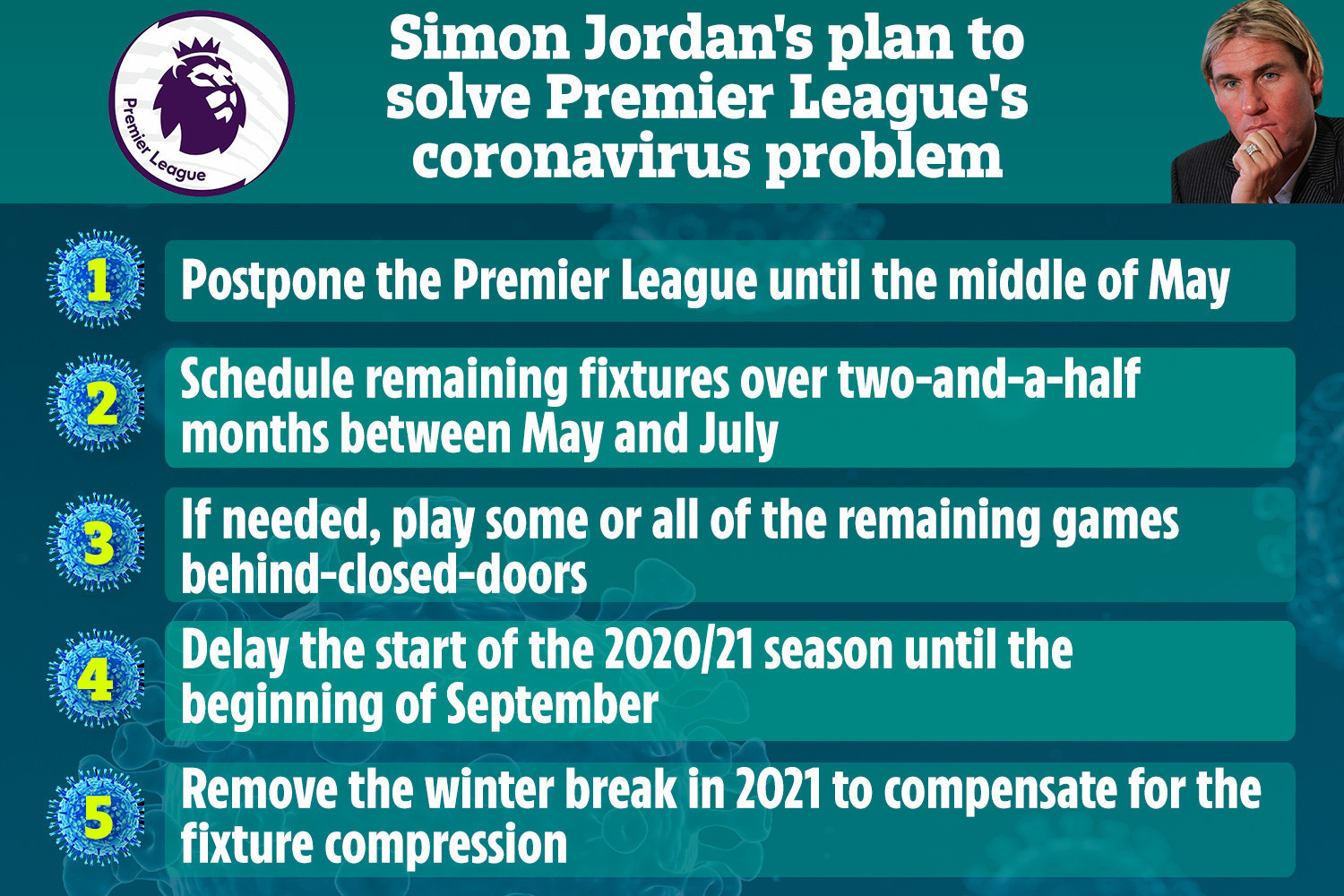 And the Liverpool boss admits he is missing his  players and other work colleagues as he struggles with the new realities of isolation.

The 52-year-old added: “I just miss everybody. It’s two weeks and I’m not on holiday. Usually you are away and that’s not a moment where you miss the backroom staff or your colleagues.

“But at the moment, really desperately, we miss each other. We really like working together.

“We have a lot of contact with WhatsApp groups and phone calls, FaceTime, whatever. So we see each other a lot but not like we want to or like we are used to.”

Klopp says he struggled when addressing his squad at the club’s Melwood training ground on the day football’s lockdown was called —   March 13 — two days after Liverpool’s Champions League defeat by Atletico Madrid.

He said: “Usually I understand much more about the things I am talking about, to be honest! How could I explain the situation around the coronavirus? No chance.

“In my job, I face a lot of problems — completely different problems to the ones we have now, but problems anyway — and I am a completely solution-orientated person.

“I am not really interested in the problem usually — I take it as information and I immediately work on the solutions. In this case, no chance.

“I had the same amount of questions as the boys, that I couldn’t answer.”