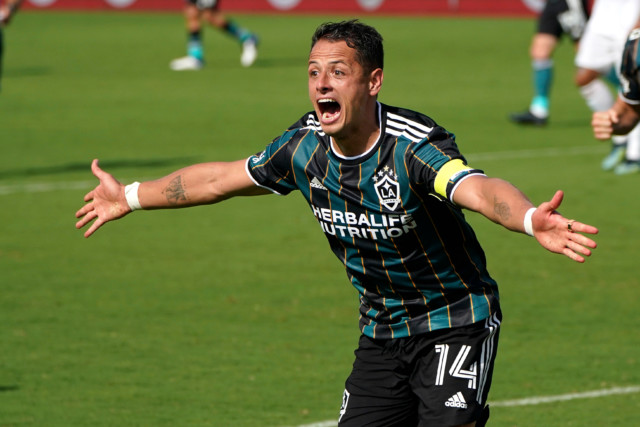 JAVIER HERNANDEZ came back to haunt Phil Neville with a double blast to ruin his debut as boss for David Beckham’s Inter Miami.

Neville coached the Mexican striker at Manchester United under David Moyes back in 2013. 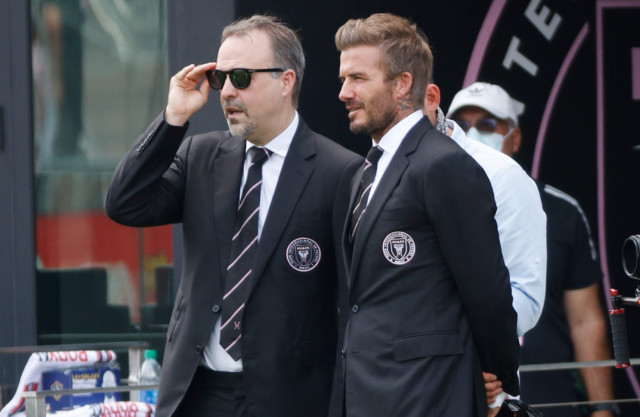 And the clinical ex-West Ham frontman was on hand to bag a second half brace before Sacha Kljestan nabbed the winner as Nev’s opening day MLS party was well and truly pooped.

Goals from Robbie Robinson and Gonzalo Higuain twice put Beckham’s team in front only for Hernandez to remind them both of his deadliness in front of goal before sub Kljestan sealed the deal.

But Neville said: “The occasion was everything and more.

“I have had lots of them in my career but the supporters were amazing and to have them at the stadium and create such an intensity was incredible considering the temperature and it being the first game of the season.

“That first goal from Chicarito is what we always saw at Manchester United, his movement and anticipation, he just knows where the ball will drop.

“If you switch off you get punished and that’s what happened. We knew that.

“I loved every single minute though, apart from the result. 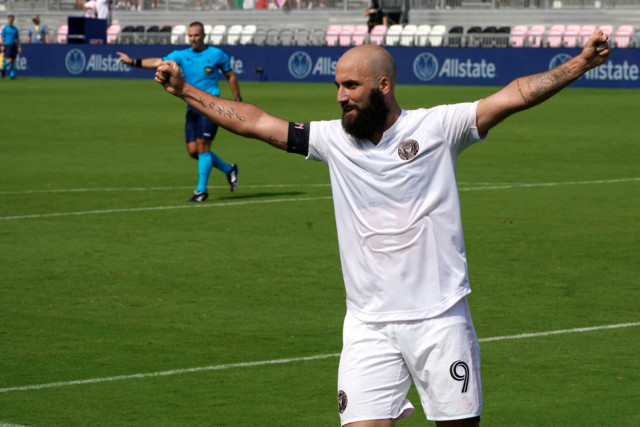 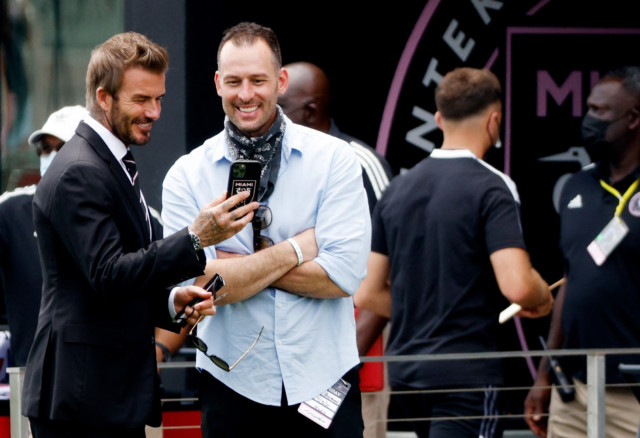 “The players felt comfortable, we created the better chances and that’s why we are so disappointed.”

It was a sweltering afternoon in South Florida but that didn’t stop Neville who was suited and booted – tie and all –  for his big opener.

Close pal and Inter Miami owner Beckham was also decked out in his Sunday best in the posh seats as a crowd of 8,000 – plus a smattering of LA Galaxy fans – gave the newly named Drv Pnk Stadium its biggest attendance since opening last year just as the pandemic struck.

Nev was prowling the touchline barking out orders but the opening stages were nip and tuck with both sides enjoying plenty of possession without threatening either goal.

Miami skipper Higuain forced LA keeper Jonathan Bond into a smart stop on 22 minutes while only a poor first touch from Hernandez soon after stopped the former United hitman from getting a shot on target.

Bond denied Higuain again on 31 minutes, a cracking curling shot from 18 yards was well saved as Becks’ boys began to turn up the heat.

And just moments before half-time Neville was punching the air in delight as Robinson rolled in his first ever professional goal to put the home side into the driving seat.

Rodolfo Pizarro fed Higuain and the ex-Real Madrid and Juventus star powered towards goal before squaring for Robinson who made no mistake from close range. 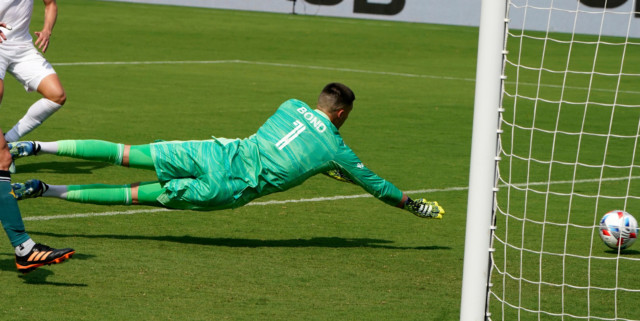 Nev and Becks were loving every minute and Robinbson almost made it two just after the re-start but on 61 minutes, Hernandez reminded both former Old Trafford stars how lethal he can be, brilliantly turning and finishing past John McCarthy.

It didn’t take long for Beckham to start celebrating once again with friends and family though as Higuain rolled home from the spot after Mexican ace Pizarro was brought down in the box.

But that man Chicarito popped up again soon after to tap in following some poor defending from the home side before Kljestan struck to leave Nev with plenty to think about ahead of next weekend’s trip to Philadelphia.

Neville, though, said: “Two out of the three goals came from us giving the ball away.

“There was a 10 minute period in the second half where we dipped in energy and we knew that would happen because of the lack of game time we have had pre-season.

“We wanted them to slow the tempo down, to play shorter passes but we kept playing long balls forward and losing the ball. Mistakes cost you at this level and we got punished.

“They looked like a team who have played other MLS teams in pre-season while we only played two games against teams in the USL.”

Did you miss our previous article…
https://www.sportingexcitement.com/football/premier-league/fuming-roy-keane-slams-euro-breakaway-league-plan-as-pure-greed-while-micah-richards-labels-it-a-disgrace