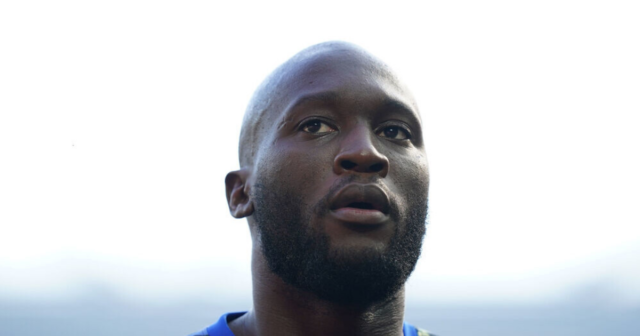 INTER MILAN fans have told Romelu Lukaku he is NOT welcome back in Italy following his controversial comments about Chelsea.

The Blues’ record £100million signing stunned fans in an interview with Italian TV by declaring his return to Stamford Bridge was a MISTAKE.

Lukaku, 28, slammed Thomas Tuchel’s tactics while also questioning why he wasn’t featuring more in the side.

But the Belgian didn’t stop there as he declared his intention to return to Inter while also claiming he could have joined Chelsea’s rivals Manchester City.

However, Nerazzurri fans have not forgotten the way Lukaku ditched them over the summer when the European champions came knocking.

And a banner appeared outside Inter’s San Siro stadium on Friday morning with a message reading: “It doesn’t matter who runs away in the rain, it matters who stays in the storm. Bye Romelu.”

Chelsea boss Tuchel now has a huge decision to make ahead of Sunday’s crunch Premier League clash against Liverpool.

Speaking to the media today, the German revealed he was deeply unhappy with Lukaku’s comments, especially given the fact the striker started in Wednesday’s 1-1 draw with Brighton and hadn’t shown any sign of displeasure at Cobham.

Tuchel said: “Yeah I don’t like it of course because it brings noise that we don’t need and it is not helpful.

Tuchel’s reaction came after Lukaku boomed: “Physically I am fine. But I’m NOT happy with the situation at Chelsea.

“Tuchel has chosen to play with another system – I won’t give up, I’ll be professional.

“I am not happy with the situation but I am professional – and I can’t give up now.”