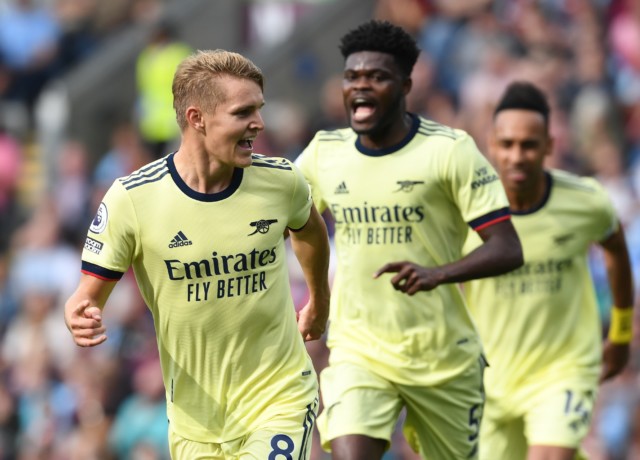 ARSENAL are looking to continue their good form as they host AFC Wimbledon in the Carabao Cup tonight.

After a disastrous start to the season, the Gunners have recorded back to back 1-0 wins against Norwich and Burnley.

Arsenal are looking to continue a good recent run of form

And in the previous round of this competition they showed how dangerous they can be up front by firing six past West Brom.

Opponents AFC Wimbledon have started strongly in League One after moving back to Plough Lane.

They currently sit seventh in the third tier and beat Northampton Town away to advance to round three of this competition.

What time does Arsenal vs AFC Wimbledon kick off?

What TV channel is Arsenal vs AFC Wimbledon on and can I live stream it?

Bernd Leno should come back into the fold for Arsenal, with Aaron Ramsdale taking his place in the Premier League.

Folarin Balogun and Eddie Nketiah are likely to play for Mikel Arteta’s she too.

Emile Smith Rowe, however, may keep his place in midfield.