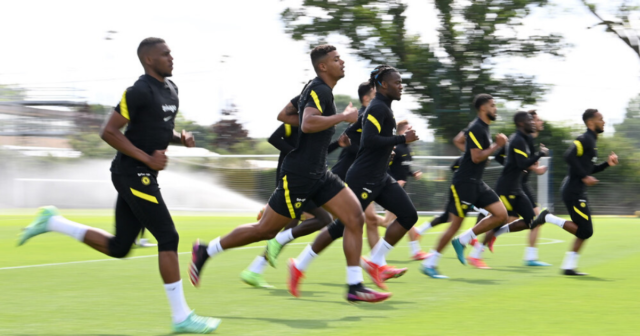 CHAMPIONS LEAGUE winners Chelsea are back in action this weekend as they make the short trip to Arsenal in a pre-season clash.

The Gunners have been busy in the transfer market and will be hoping to show off some of their new signings.

Chelsea, meanwhile, have signed Marcus Bettinelli from Fulham but are waiting on a few of their Euro 2020 stars to return to training.

The game is part of The Mind Series, which Tottenham are also involved in.

What time does Arsenal vs Chelsea kick-off?

What TV channel is Arsenal vs Chelsea on and can I live stream it?

Mikel Arteta could bring in some big guns for the game, making changes from their clash with Watford in midweek.

Emile Smith Rowe, Thomas Partey and Alexandre Lacazette could come into the side, while new boy Nuno Tavares could get a rest.

Timo Werner and Kai Havertz could return to action, having not featured in any game since their loss to England for Germany at Euro 2020.

Tammy Abraham is still being linked with a whole host of clubs but has started all of Chelsea’s pre-season games thus far.