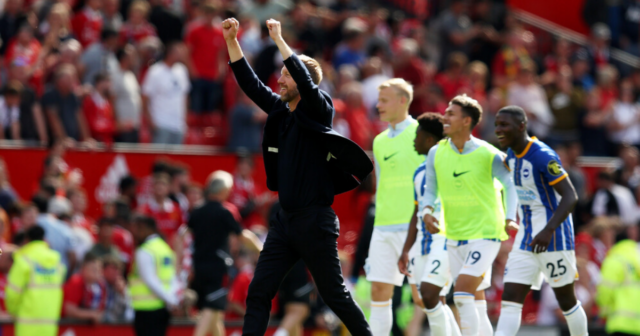 BRIGHTON host Newcastle THIS AFTERNOON with both clubs buzzing after securing impressive wins in their opening Premier League matches.

And Brighton boss Graham Potter was quick to praise the work of ex-Red Devils striker Danny Welbeck in the Old Trafford win.

Potter said: “I thought he was amazing. He is really enjoying his football.

“He has had his best pre-season since we’ve been working together. You could see the danger he poses to players at this level.

“It was fantastic. What impressed me about the team was there was a lot of responsibility out on the pitch.”

When is Brighton vs Newcastle?

The match kicks off at 3pm.

Is Brighton vs Newcastle on TV?

Brighton vs Newcastle will not be broadcast live in the UK.

This is because the kick-off time falls between the football blackout rule which prohibits any Premier League, Football League or FA Cup side from being broadcast on live television between 2.45pm and 5.15pm on a Saturday.

What are the Brighton vs Newcastle odds?