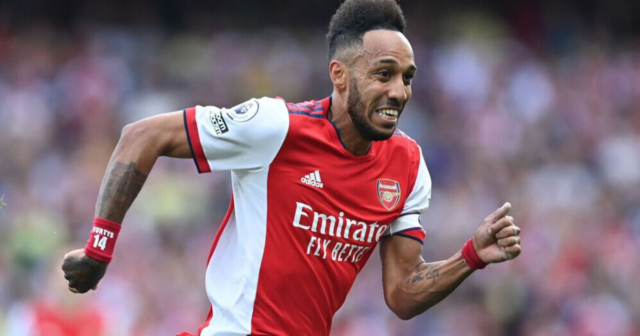 ARSENAL travel to Burnley for what should be another tough Premier League test.

The Gunners have just one win from four games after getting off the mark with a 1-0 home win over Norwich last weekend.

And Mikel Arteta has failed to win any of the three games in which he has faces Burnley as a manager.

Sean Dyche’s Clarets meanwhile are desperate for the points for their own reasons, as they have yet to record a victory this season and sit in 18th place.

What time does Burnley vs Arsenal kick off?

What TV channel is Burnley vs Arsenal on and can I live stream it?

Aaron Ramsdale is likely to keep the Arsenal goalkeeping jersey ahead of Bernd Leno.

Granit Xhaka is suspended while Mohammed Elneny is injured, meaning Albert Sambi Lokonga, Ainsley Maitland-Niles and Thomas Partey are the three options to fit into the two deep-lying midfield positions.

Pierre-Emerick Aubameyang is likely to lead the line, having scored Arsenal’s only Premier League goal so far.

Dale Stephens, Kevin Long and Connor Roberts look set to miss out for the Clarets, while Jack Cork could return in midfield.

*Odds from Betfair correct as of Wednesday, September 15.

Did you miss our previous article…
https://www.sportingexcitement.com/football/premier-league/tottenham-boss-nuno-espirito-santo-insists-he-wouldnt-swap-amazing-harry-kane-for-chelsea-hot-shot-romelu-lukaku