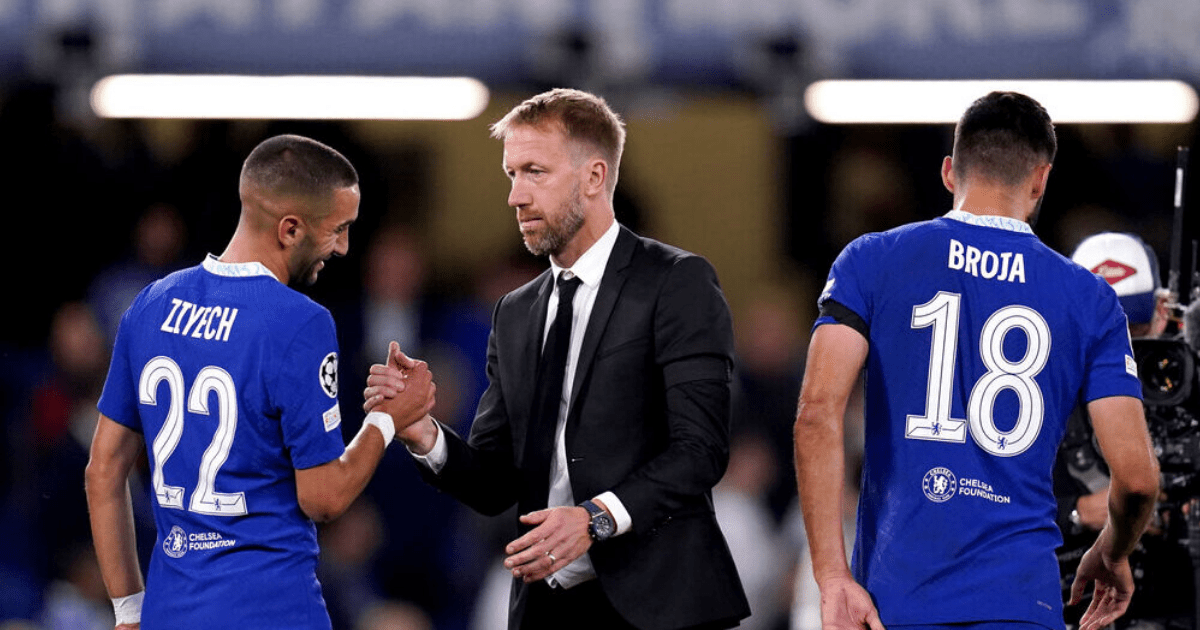 GRAHAM POTTER will be determined to secure his first win as Chelsea boss when the Blues take a trip across London to face Crystal Palace.

Postponements followed by an international break have given the Potter a lot of time to implement his style on the team.

And the new Blues boss will be hopeful his side can rectify their defensive frailties which saw them surrender their lead against RB Salzburg in the Champions League.

However, Palace are quite often a handful at home – something which Liverpool found out earlier on this season.

But the Eagles’ recent record against Chelsea has been abysmal having not beaten their London rivals since a 2-1 win in October 2017.

Is Crystal Palace vs Chelsea on TV?

The postponements and international break may have done Patrick Vieira some favours as the Eagles boss Could see long-term absentees Jack Butland and James McArthur return to action.

However, Nathan Ferguson’s ankle injury is set to keep him out for a little while longer.

There has been no clear return date for James Tomkins, and youngster Chris Richards suffered a minor knock on international duty with USA.

Elsewhere, Graham Potter will be hopeful that he can reintroduce N’Golo Kante and Edouard Mendy to the starting line-ups having both returned to the training pitch this week.

*Odds courtesy of Betfair are correct as of Wednesday, September 28.

In this article:crystalpalace, livestream, ontv